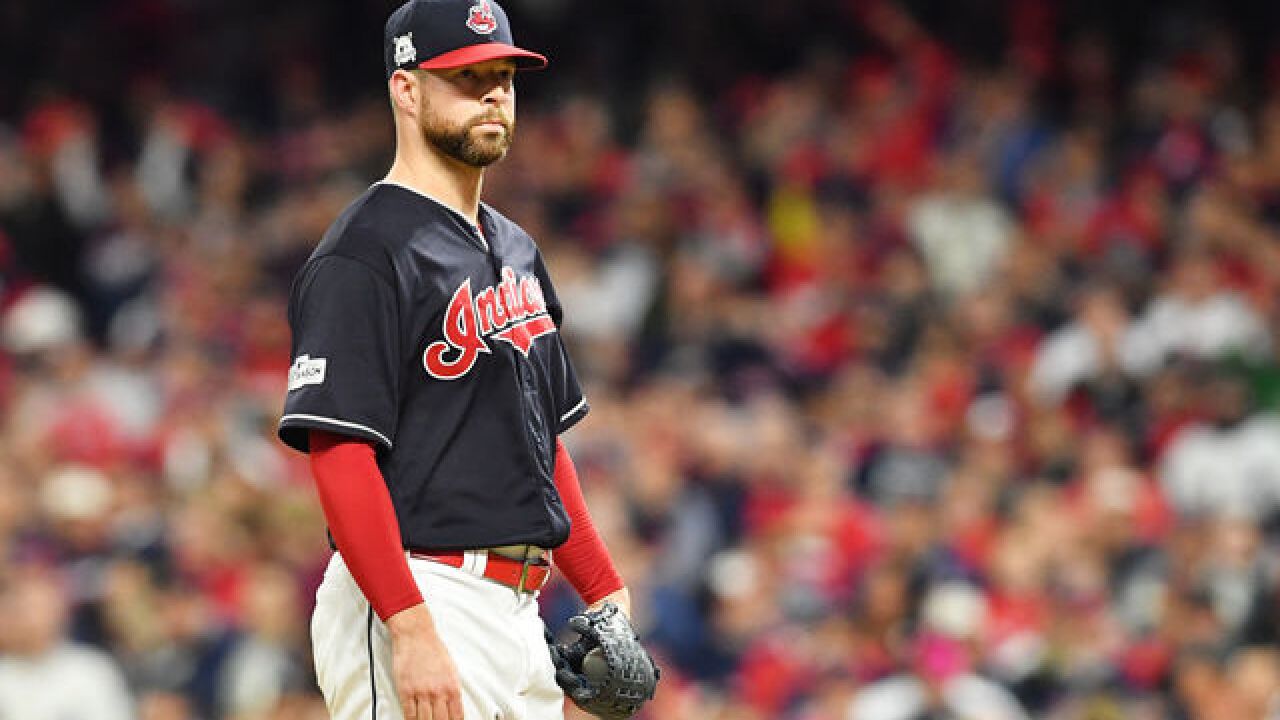 Copyright 2018 Scripps Media, Inc. All rights reserved. This material may not be published, broadcast, rewritten, or redistributed.
Jason Miller
CLEVELAND, OH - OCTOBER 11: Corey Kluber #28 of the Cleveland Indians looks on in the first inning against the New York Yankees in game five of the American League Divisional Series at Progressive Field on October 11, 2017 in Cleveland, Ohio. (Photo by Jason Miller/Getty Images)

The Cleveland Indians are removing the divisive Chief Wahoo logo from their jerseys and caps starting in the 2019 season.

Following numerous discussions with Major League Baseball and Commissioner Rob Manfred, the Indians will no longer wear the big-toothed, smiling, red-faced caricature during games. The iconic logo, which has been used in various expressions by the team since 1947, has been deemed racist and offensive by some.

Manfred said the team conveyed to him that some fans have a "long-standing attachment" to the logo, but the Indians agreed that it's "no longer appropriate for on-field use."

The Indians will wear the Wahoo logo this season and continue to sell merchandise featuring it.

Under growing pressure, the team has been transitioning away from Chief Wahoo in recent years. The Indians introduced a block "C" insignia on their caps and have removed stadium signs with the Wahoo logo.

The following is a statement from Mayor Frank Jackson on the decision to remove Chief Wahoo from team uniforms:

“The decision by the Cleveland Indians to retire Chief Wahoo from team uniforms is wonderful news for the city. I applaud the team’s decision to show the city, nation and world that Cleveland is an inclusive place that values all diversity - in this case showing greater honor to our nation’s first people by retiring the Wahoo mascot from uniforms.”