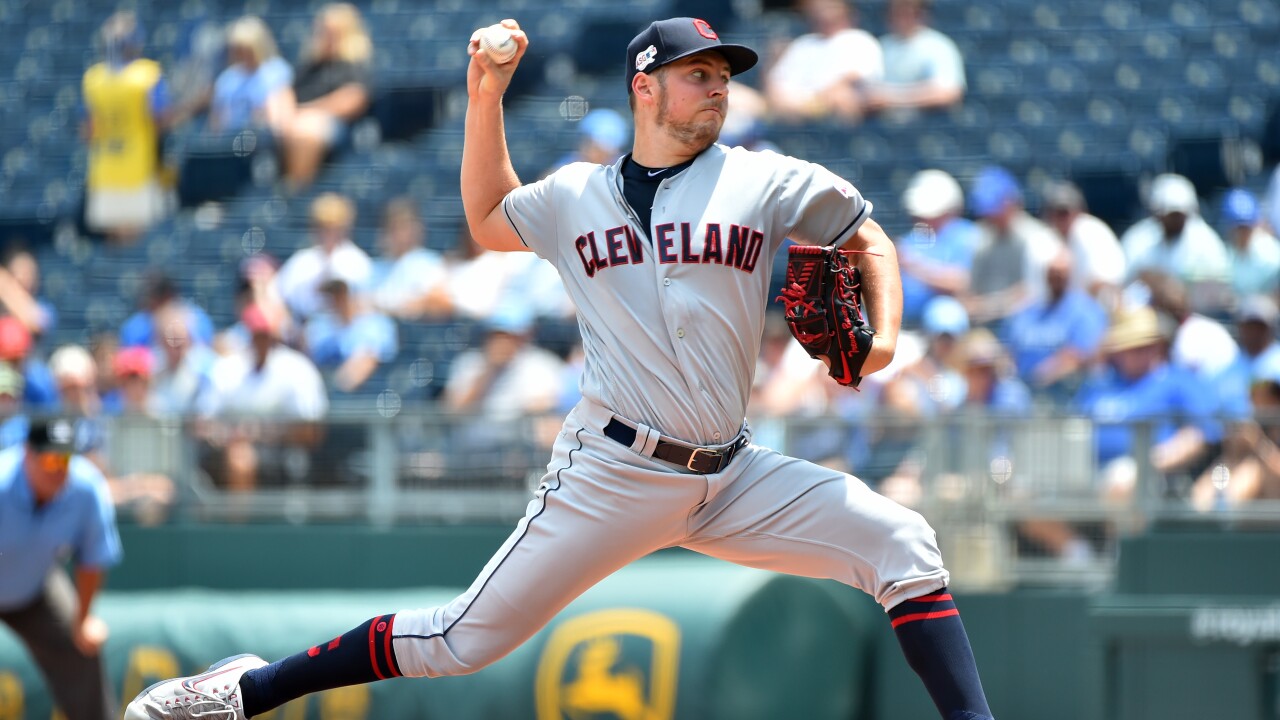 KANSAS CITY, Mo. — Indians starting pitcher Trevor Bauer caused some controversy due to his actions in the fifth inning of the matchup against the Kansas City Royals Sunday afternoon.

The Tribe had a two-run lead when Bauer gave up five runs in the fifth inning.

After giving up two of the runs, Bauer threw the ball into the netting behind home plate out of anger after the play, according to MLB’s Indians beat reporter Mandy Bell.

Never seen that before. Trevor Bauer gave up two runs and chucked the ball into the netting behind home plate out of anger after the play. Terry Francona then came out to get him and before he left, he launched the ball over the center field wall from the mound.

When manager Terry Francona came out to the mound to make a pitching change, Bauer became visibly upset and launched the ball over the center field wall.

Woah. #Indians manager Terry Francona CLEARLY not happy with Trevor Bauer after he tossed the ball over the wall in centerfield... pic.twitter.com/A4eDdpSHX0

Immediately after throwing the ball, Bauer appeared to apologize to Francona, who didn’t seem very pleased with the incident by the looks of things.

FOX Sports Kansas City posted the video of the incident to Twitter, reiterating how upset Bauer appeared— and acted.

July 31 marks the league’s trade deadline and many are already saying this move by Bauer has the potential to negatively impact his trade value.

Only listening and Hamilton saying Francona then followed Bauer into the dugout.

I wonder if this would prompt the Indians to pursue move or if anyone would want him. https://t.co/HjnSZpwISb

Following the game, Francona said that Bauer talked to the team about the incident and apologized for his actions.

Bauer then took a few moments before being questioned after the game to apologize to his team.

Trevor Bauer opened with an apology before taking any questions after throwing a ball over the center-field wall out of frustration in today’s game: pic.twitter.com/FUMxILdGmd