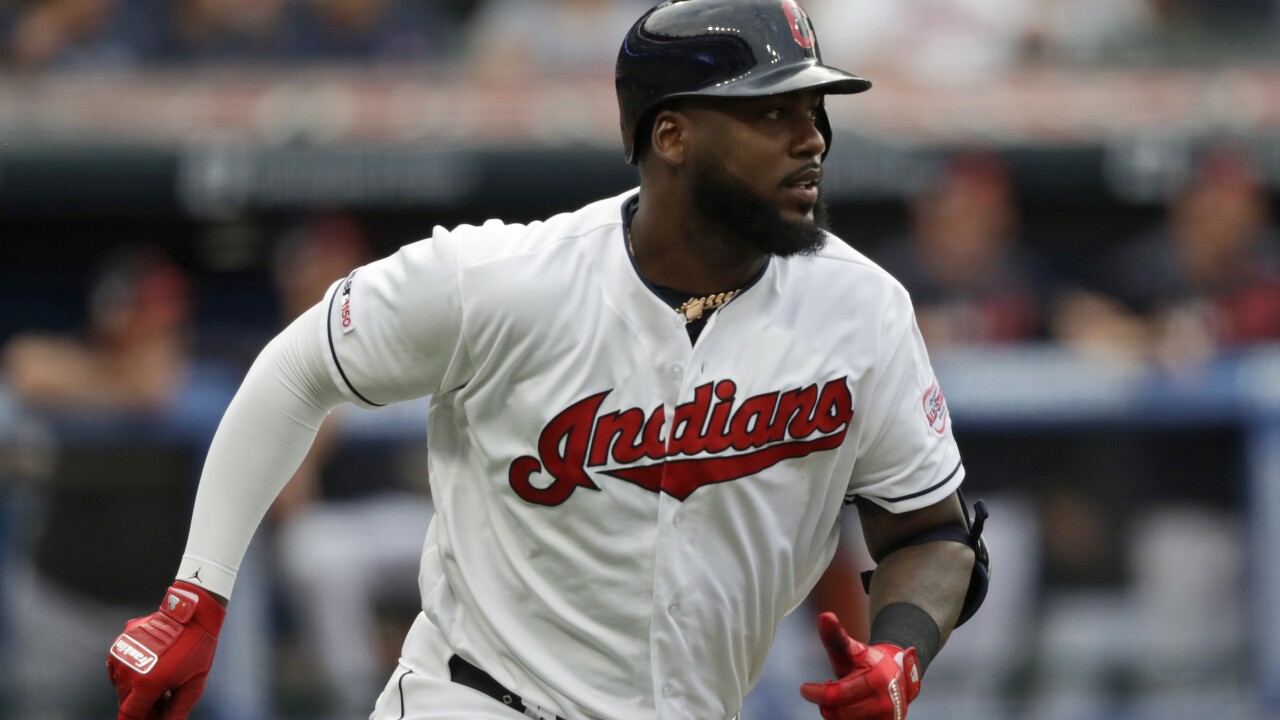 CLEVELAND — Franmil Reyes’ first error this season was in judgment.

The Indians’ free-swinging slugger and outfielder apologized Thursday for endangering his health — and putting his teammates at risk — by not wearing a mask while attending a holiday party last weekend.

Reyes’ off-field behavior prompted the Indians to keep the affable 25-year-old away from their training camp in case he had been exposed to the coronavirus. Reyes was re-tested twice and cleared by Cleveland’s medical personnel before he was allowed to resume on-field activities Wednesday.

“They did the right thing they have to do to protect us,” Reyes said of the Indians, who have had few problems with testing or positive cases in the early stages of the delayed camp. “I really apologize because I was not protecting myself and my teammates. I learned from it and it won’t happen again. I really don’t want to stop practicing. I really apologize about that.”

Reyes, who came to Cleveland last season in a trade from the San Diego Padres, was spotted on a social media post at a Fourth of July gathering with several people. The Indians are urging their players to minimize their exposure to anyone outside their teammates and when they saw Reyes was not masked or practicing social distancing, they isolated him from other players and staff.

“It’s really important to protect ourselves when you go out there,” Reyes said. “Not just thinking about you, you have a lot of teammates here that are ready to go, ready to give their 100 percent for the season and it’s really risky when people do the things I was doing on Saturday. So, I really apologize and I swear it won’t happen again.”

The Indians have high hopes for Reyes. He hit 27 homers in 99 games for the Padres before last season’s trade. With Cleveland, he shook off a slow start and connected for 10 homers in 51 games.

Manager Terry Francona was reluctant to make any predictions, but he’s seen enough of the 6-foot-5, 275-pounder’s swing to believe his power could increase.

“We’re actually hoping there’s way more in the tank,” he said. “We believe that. And again, you’ll never hear me go on spring training numbers, but it’s still fun to watch what a guy can do. I think in 20 at-bats, he’s hitting the ball all over the place.

“And he’s maturing as a hitter. You see him in BP, he’s hitting the ball to right field. We know he can hit the ball towards the lights. But having an approach in batting practice to keep yourself where you have balance and rhythm and things like that, he’s going to hit some home runs by mistake.”

Francona will likely use Reyes as his primary designated hitter, but he may also get some time in right field. Reyes has been working on making himself a better fielder, and Francona said the effort — especially as he improves at tracking the ball — is beginning to pay off.

“Maybe we can get DH at-bats out of some guys that normally you might give a day off to. But still, our goal is to win. It’s not to come in second or third. Our goal is to try to win.”

Reyes has already won over Francona and his teammates with his easygoing disposition and charm.

“I thought the first week you could tell he was such a sweet kid, but I also think he was going from a different team for the first time and you didn’t necessarily start to see his personality,” Francona said. “He wasn’t real hot to begin with when he came over here, which happens. Guys try to do too much. Then as he settled in, and then when he came to spring training this year, all of a sudden, he’s not introducing himself to people, he’s reacquainting.

“And that’s a difference and you start to see a real guy. And what you see is what you get. It’s legit.”