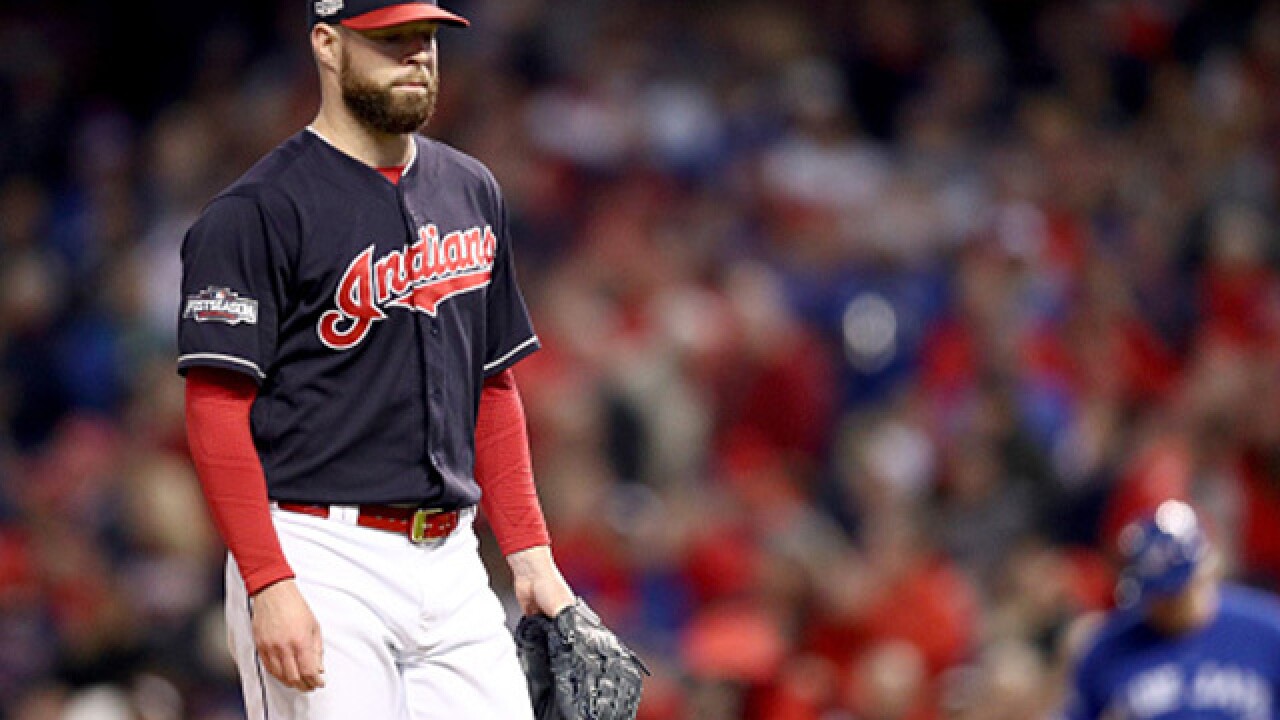 Corey Kluber pitched six shutout innings and reached eight victories before any AL pitcher as the Cleveland Indians rolled to their fifth straight win, 9-1 Wednesday over the sagging Chicago White Sox to complete a series sweep.

The defending Cy Young Award winner allowed three hits, struck out 10 and improved to 4-0 with a 0.33 ERA in four starts against Central Division teams this season.

Melky Cabrera drove in three runs off Reynaldo Lopez (1-4) and Michael Brantley extended his MLB-high hitting streak to 19 games for Cleveland, which used the series to gain some confidence and momentum. The Indians have scored 43 runs during their win streak.

Jose Ramirez and Edwin Encarnacion connected for back-to-back homers in the fourth off Chris Volstad as the Indians opened a 9-0 lead.

The White Sox committed two more errors, dropped their fourth in a row and fell to 16-37. Chicago had five errors in the three-game series.

Yolmer Sanchez homered leading off the ninth as the White Sox avoided a shutout.

Kluber is tough to deal with under normal circumstances, but with a big lead and pitching at home, he’s nearly unbeatable. The right-hander is 5-0 with a 1.26 ERA at Progressive Field, and he didn’t walk a batter for the fourth straight start.

Chicago’s Yoan Mocada led off the first with a single off Kluber, who then struck out eight of the next 12 and spent the rest of the day fine-tuning his already fine-tuned collection of pitches.

Cabrera’s two-run double highlighted a five-run third for the Indians. They had Lopez in trouble in the first inning, but let the right-hander escaped by giving up only two runs.

Brantley singled in the first when the Indians took a 2-0 lead against Lopez, whose wild pitch brought in Greg Allen with Cleveland’s first run before Cabrera delivered a one-out sacrifice fly.

The Indians are still working out a treatment plan for All-Star reliever Andrew Miller, who has been on the disabled list three times in the past year with a right knee issue.

Miller has not been effective since returning from a hamstring injury on May 11. He visited a specialist in New York on Wednesday, and manager Terry Francona said the tests and examination gave Miller “some peace of mind.”

The 33-year-old is not expected to need surgery at this time. Francona said the team will likely have more information Thursday in Minnesota on the next course of action for Miller, who is 1-3 with a 4.40 ERA in 17 appearances.

White Sox: INF Matt Davidson (back spasms) will be re-evaluated when the team returns home for a weekend series against Milwaukee. Davidson, tied for the club lead with 11 home runs, was placed on the DL on Monday.

White Sox: LHP Hector Santiago starts against Milwaukee in the opener of a three-game series Friday. He picked up his first win of the season on May 26, allowing one run in five innings against Detroit.

Indians: Rookie Shane Bieber will make his major league debut — on his 23rd birthday — in the opener of a four-game series at Minnesota. A fourth-round pick in 2016, Bieber has quickly risen through Cleveland’s system. He pitched a rain-shortened, seven-inning no-hitter for Triple-A Columbus last week. He’s is the first pitcher in Cleveland history to debut on his birthday.