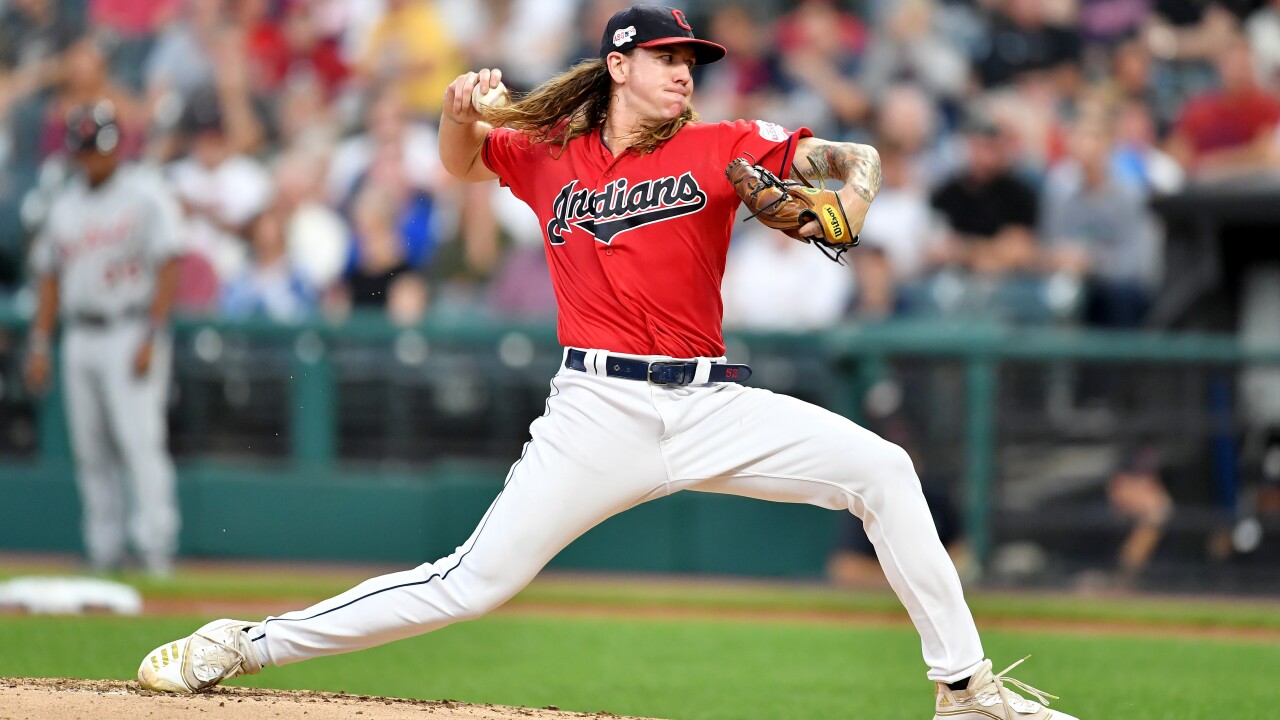 CLEVELAND — The Indians made one stirring comeback after another through a season scattered with adversity, misfortune, and unexpected challenges.

Their last one fell short.

They’re stubbornly sitting out the postseason for the first time since 2015.

“We were on the run, and I just wanted to play in the playoffs,” right-hander Mike Clevinger said after the Indians lost Sunday in Washington, concluding their taxing 2019 season with a five-game losing streak. “We didn’t want that to come to an end. I wanted to pitch in October.”

The Indians were officially eliminated from the playoffs on Friday, but only after they had exhausted themselves while overcoming injuries and fighting in a vain attempt to catch the homer-hammering Minnesota Twins, who clubbed Cleveland out of its three-year reign atop the AL Central.

In truth, the Indians, who finished with 93 wins, played from behind since last winter when owner Paul Dolan’s decision to chop payroll hollowed manager Terry Francona’s roster, leaving him without needed power hitters in season that eventually resembled an extended home run derby and looked like no other 162-game schedule in history.

Actually, long-term injuries doomed the Indians. They only had two-time Cy Young winner Corey Kluber for seven starts because of a broken arm and Clevinger missed two months with a back strain. Right-hander Carlos Carrasco made an inspiring return after being diagnosed with leukemia.

Those were damaging enough to overcome, and then just when the Indians, who trailed the Twins by 11 ½ games in June, seemed to catch their stride, third baseman Jose Ramirez was lost for a month with a broken right hand and second baseman Jason Kipnis’ season ended with the same injury.

On top of that, a fatigued left arm turned All-Star closer Brad Hand from indispensable to inadequate down the stretch.

It just wasn’t meant to be.

Not the division. Not the wild card. Not this year.

“We grinded,” said star shortstop Francisco Lindor, who tired in September and batted just .130 in the final week. “Every year we do the same thing, but we didn’t have the names that will carry a team for a month. We just couldn’t be better than Minnesota and the two teams in the wild card. It’s part of the grind. It’s part of the game. Just live and learn.”

Francona did all he could to keep the Indians in the hunt, navigating around injuries and patching together lineups that included some young players that weren’t even on the club’s radar when the season opened in March.

“We learned that none of them will back down from a challenge,” he said. “Are we where we want to be? No, but we’re not going to quit until we get there. We have guys that feel the same way so we’ll keep plugging away.”

An October outsider, Cleveland has some major decisions to make:

His season ended May 1, cut short by a line drive that broke his right arm and left an indelible mark on Cleveland’s season.

The club holds a $17.5 million option on the 33-year-old for 2020, and while it seems like a formality to bring him back, the Indians will weigh all their options over the next month.

The injury may have provided Kluber with needed rest after five straight seasons of 200-plus innings. If Justin Verlander can still dominate at 36, why can’t Kluber?

“Hopefully, it comes down to the fact that it allowed me to have an entire offseason to work on something I like to work on, and not necessarily worry about the recovery aspect of it,” he said. “Hopefully, it puts me in a better spot for next year.”

Kipnis’ eight-year run with the Indians appears over as the club is not expected to pick up the two-time All-Star’s $16.5 million option for 2020.

It’s possible the Indians will shift Ramirez over to his natural spot at second base, and either give rookie Yu Chang a longer look at third or sign a free agent — if there’s money to do so.

All in all, Yasiel Puig’s short stay in Cleveland was productive and mostly drama-free.

The slugger seemed to enjoy his time with the Indians, who acquired him in July from Cincinnati after growing tired of starter Trevor Bauer’s antics.

Puig is eligible for free agency, but the 28-year-old outfielder said he wouldn’t mind hanging around.

“I’d love to,” said Puig, who batted .297 with two homers and 23 RBIs in 49 games for Cleveland. “I’ve done the best I can here. I’ve loved playing with this team the last two months.”

Among the season’s bright spots was outfielder Oscar Mercado, who struggled after arriving in May but grew in confidence as the season progressed.

Mercado batted .269 with 15 homers, 54 RBIs and numerous defensive gems while solidifying an outfield in flux.

“He had ups and downs, but every time he had a down, he fought through it, which says a lot about him and his makeup,” Francona said. “He still has a lot to learn, which is not a knock on him. He’s young and kind of raw. There are things he can do that will even be better than what we’ve seen, and I’m looking forward to that.”