PHOTOS: Baseball returns to the corner of Carnegie and Ontario 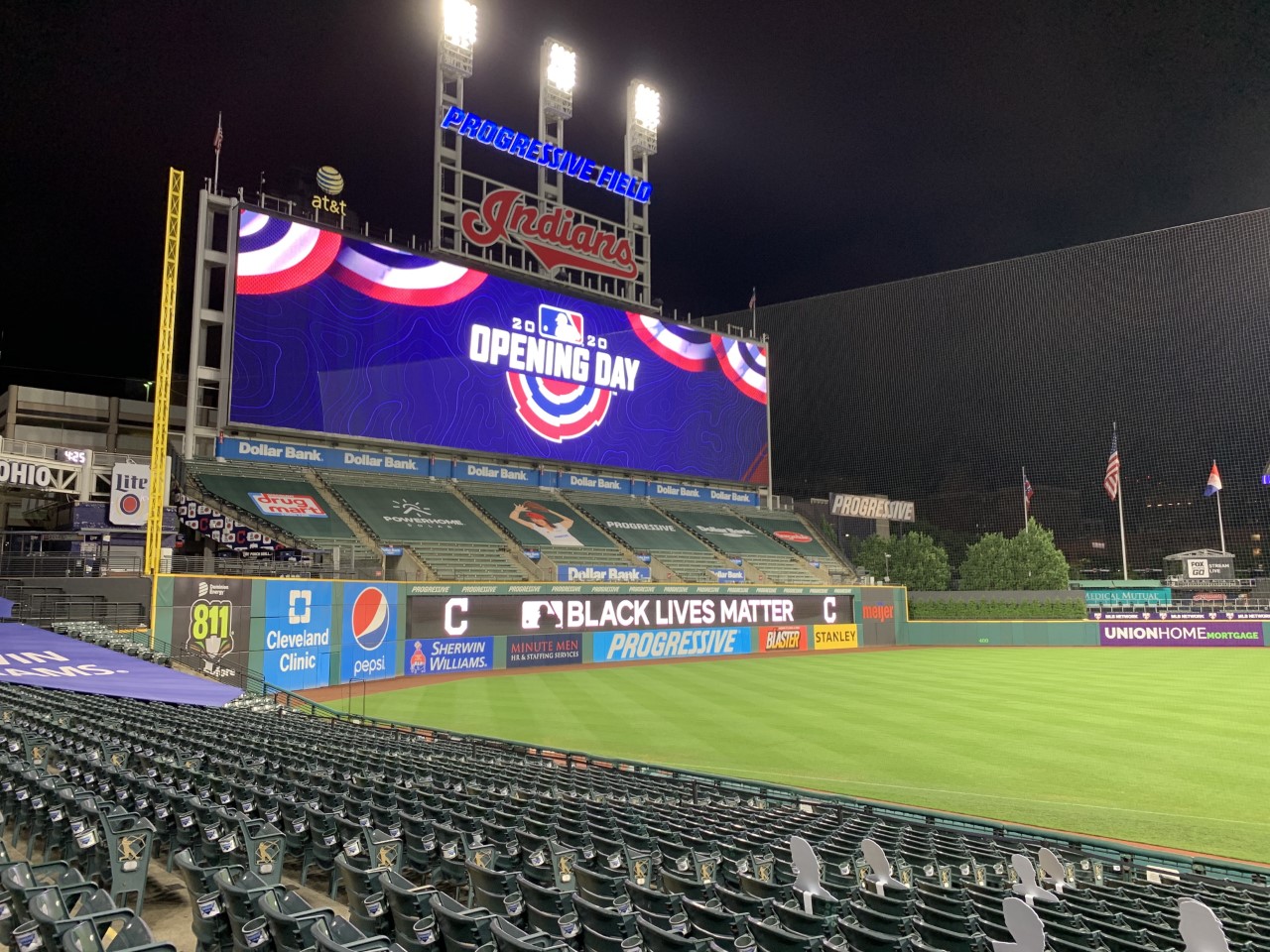 The Cleveland Indians kick off Home Opener at Progressive Field 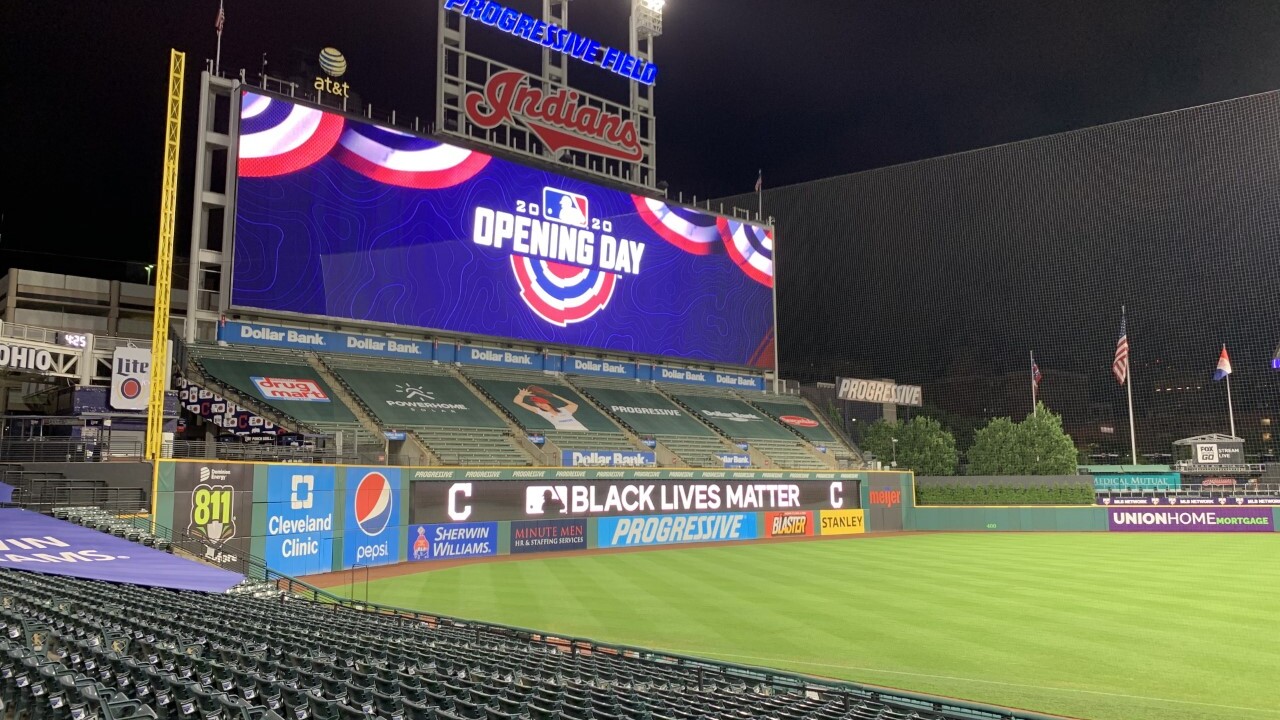 CLEVELAND — After months of waiting, baseball is back at the corner of Ontario and Carnegie. The Cleveland Indians will take on the Kansas City Royals Friday night at Progressive Field.

It's not baseball at Progressive Field without Slider, who will still be at the stadium hyping fans up who are at home watching. He gave News 5 a preview on Friday.

The Cleveland Indians are showing their support for "Black Lives Matter" with a banner overlooking the outfield.

A special someone will be missing from the stands this year. For the first time since 1973, John Adams won't be grabbing the big bass drum from his basement and hauling it to the opener.

While he won't be allowed to physically be in the stands due to COVID-19 restrictions, the team has placed a cardboard cutout of their dedicated drummer in the stands.

“It sounds great,” said Adams to the Associated Press, who was impressed with the ambient noise while watching the recent TV broadcast of an exhibition. “You would think there are people there. They have my drum playing, too. Of course, the guy doesn’t know exactly when to do it, but these are bizarre times and we do bizarre things.”

With the schedule slashed 102 games because of the COVID-19 pandemic, the Indians will take off on a 60-game summer sprint they could win as easily as anyone.