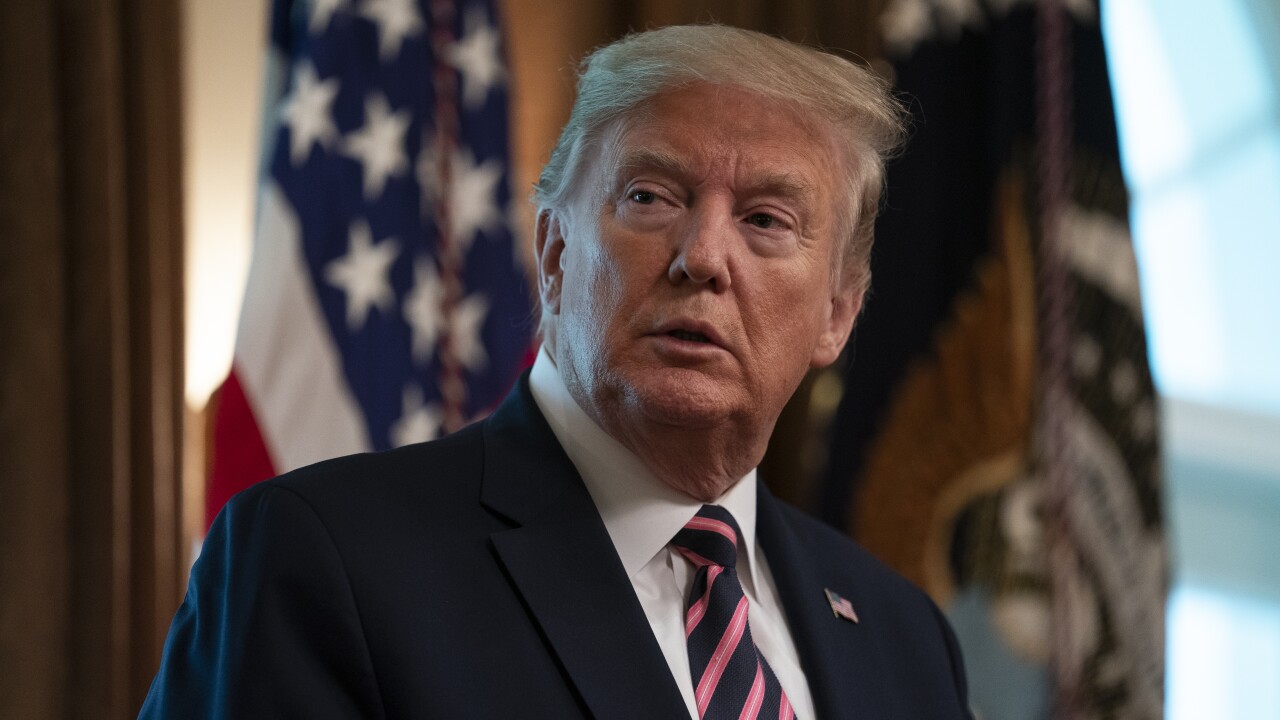 Evan Vucci/AP
President Donald Trump listens during a demonstration of ways NASA is helping to combat the coronavirus, in the Cabinet Room of the White House, Friday, April 24, 2020, in Washington. (AP Photo/Evan Vucci)

CLEVELAND — The Indians’ recent announcement that they would be discussing a possible name change after decades of controversy surrounding it has sparked conversations among many people weighing in on the situation, and the President of the United States is the latest.

President Donald Trump took to Twitter Monday to discuss the recent announcements from both the Cleveland Indians and the Washington Redskins on considering changing their team names, while also slamming Senator Elizabeth Warren.

“They name teams out of STRENGTH, not weakness, but now the Washington Redskins & Cleveland Indians, two fabled sports franchises, look like they are going to be changing their names in order to be politically correct. Indians, like Elizabeth Warren, must be very angry right now!” Trump tweeted.

They name teams out of STRENGTH, not weakness, but now the Washington Redskins & Cleveland Indians, two fabled sports franchises, look like they are going to be changing their names in order to be politically correct. Indians, like Elizabeth Warren, must be very angry right now!

Warren, a Massachusetts Democrat, is a frequent target of the president’s ire. He has often referred to her as “Pocahontas,” a racial slur used to mock Warren for claiming she had Native American heritage - a claim that was at least partially backed up by a DNA test she took in 2018.

The Indians issued a press release Friday evening regarding their plans to discuss the team name.

We are committed to making a positive impact in our community and embrace our responsibility to advance social justice and equality. Our organization fully recognizes our team name is among the most visible ways in which we connect with the community.

We have had ongoing discussions organizationally on these issues. The recent social unrest in our community and our country has only underscored the need for us to keep improving as an organization on issues of social justice.

With that in mind, we are committed to engaging our community and appropriate stakeholders to determine the best path forward with regard to our team name.

While the focus of the baseball world shifts to the excitement of an unprecedented 2020 season, we recognize our unique place in the community and are committed to listening, learning and acting in the manner that can best unite and inspire our city and all those who support our team.

Indians manager Terry Francona said on Sunday that he believes it’s time for the team to “move forward” with changing the name.

“Even at my age, you don’t want to be too old to learn or to realize that maybe I’ve been ignorant of some things, and to be ashamed of it, and to try to be better,” Francona said. “I’m glad that we’re going to be open to listening because I think that’s probably the most important thing right now is being willing to listen, not necessarily just talk.”

Also mentioned in Trump’s tweet were the Redskins, another team considering a name change. The team announced Friday that they are conducting a "thorough review" of the team's nickname — a day after two major corporations with ties to the team indicated that they'd like to see the name changed.