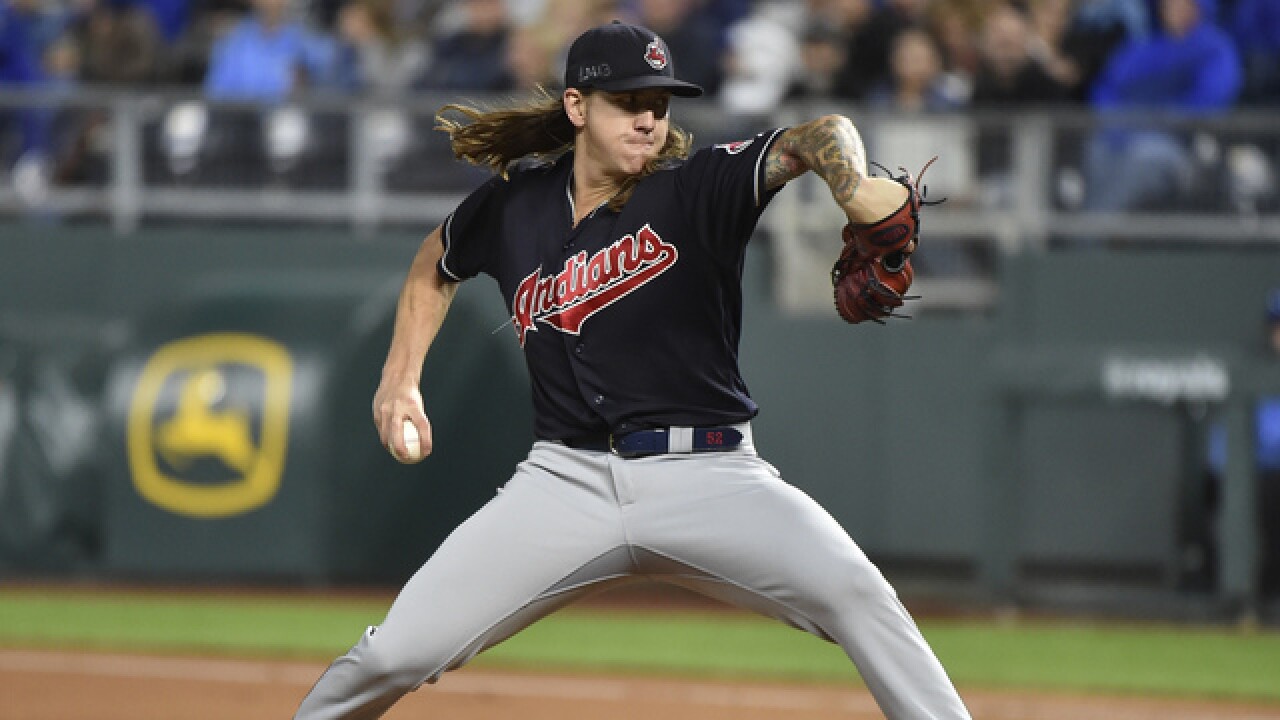 CLEVELAND — On Major League Baseball’s trade deadline, the Cleveland Indians dealt pitcher Mike Clevinger to the San Diego Padres, according to the team.

Clevinger was drafted by the Los Angeles Angels in the 2011 MLB Draft. In 2014 he was traded to the Indians for relief pitcher Vinnie Pestano. Clevinger made his MLB debut in 2016.

In his five years with the Indians, Clevinger has posted a 3.20 ERA in 523.1 innings pitched with 584 strikeouts and was named the AL Pitcher of the Month in August 2019.

The colorful pitcher, nicknamed Sunshine, had been a fan favorite heading into this season.

Clevinger was recently recalled from the Lake County Captains after being optioned following a controversial weekend in Chicago. Clevinger and teammate Zach Plesac broke the team’s rules and Major League Baseball’s protocols by leaving their hotel in Chicago after a game against the White Sox.

After being traded Monday, Clevinger said he doesn't believe there is bad blood between him and the Indians stemming from the Chicago incident and said he believes the players were more disappointed than they were mad.

"As ugly as things got for a minute, that was such a good group of guys, we pulled it together," Clevinger said. "My relationships were already starting to be rebuilt, I guess, I don't think it was ever fully lost. I think it was more of a disappointed, like a friend let you down, not like a friend completely screwed you over, they were never kicking me to the curb. The texts I received from some of the guys on the team, even some of the ones who were really mad, just show it. I don't think I ruined my legacy with them or here and I have no bad blood against them. I understand why they're disappointed, I understand the distraction that I caused let alone what could have came out of that so no, no bad blood."

And to the fans and people in Northeast Ohio he developed relationships with over the past few years, Clevinger said "This isn't goodbye, this is see you later."

Indians president Chris Antonetti said trading Clevinger was not about the incident in Chicago and that the deal was made because it made sense with the organization's short term and long term goals.

Allen was selected by the Indians in the 2014 MLB Draft. In his four years since making his MLB debut with the Indians, Allen has recorded a .239 batting average with 76 runs, 22 doubles, six triples, eight home runs, 57 RBI and 28 stolen bases.

The Indians' received a haul in return for Clevinger, Allen and the player to be named.

Arias, 20, entered this season ranked as the seventh-best prospect in the Padres' system. Last season in the High-A California League, the shortstop slashed .302/.339/.470 and earned midseason All-Star Honors.

Cantillo, 20, was also a top prospect in the Padres' system entering this season, ranked ninth-best. Last season the left-handed pitcher posted a 10-4 record with a 2.26 ERA in 22 starts, and led San Diego's system in strikeouts with 144.

The Indians acquired a Gold Glove finalist as part of the haul with the acquisition of Hedges. The 28-year-old catcher has a career slash line of .257/.360/.617 in the 406 games he's played. In 2017 he finished tied for fourth in NL catcher in home runs with 18 and drove in 55 run, while last season recorded 21 defensive runs saved and finished second, just behind Indians pitcher Roberto Perez, who recorded 30. This season, Hedges has hit three home runs and slashed .167/.262/.352.

Miller, 23, the second shortstop the Indians acquired Monday, entered this season with the Padres as the system's 11th-best prospect. Last season in the Double-A Amarillo in the Texas League, Miller batted .290 with 28 doubles, two triples, 13 home runs and 68 RBI.

Naylor, 23, has split this season between the Padres and the team's Alternate Training Site. Over the last two seasons in MLB, Naylor has batted .250, hitting 15 doubles, a triple, eight home runs and 34 RBI.

The right-handed pitcher the Indians acquired Monday, Quantrill, 25, has posted a Major League record of 8-8 with a 4.79 ERA in 33 games and 19 starts. In the 14 relief outings Quantrill has pitched he's posted a career ERA of 1.80.