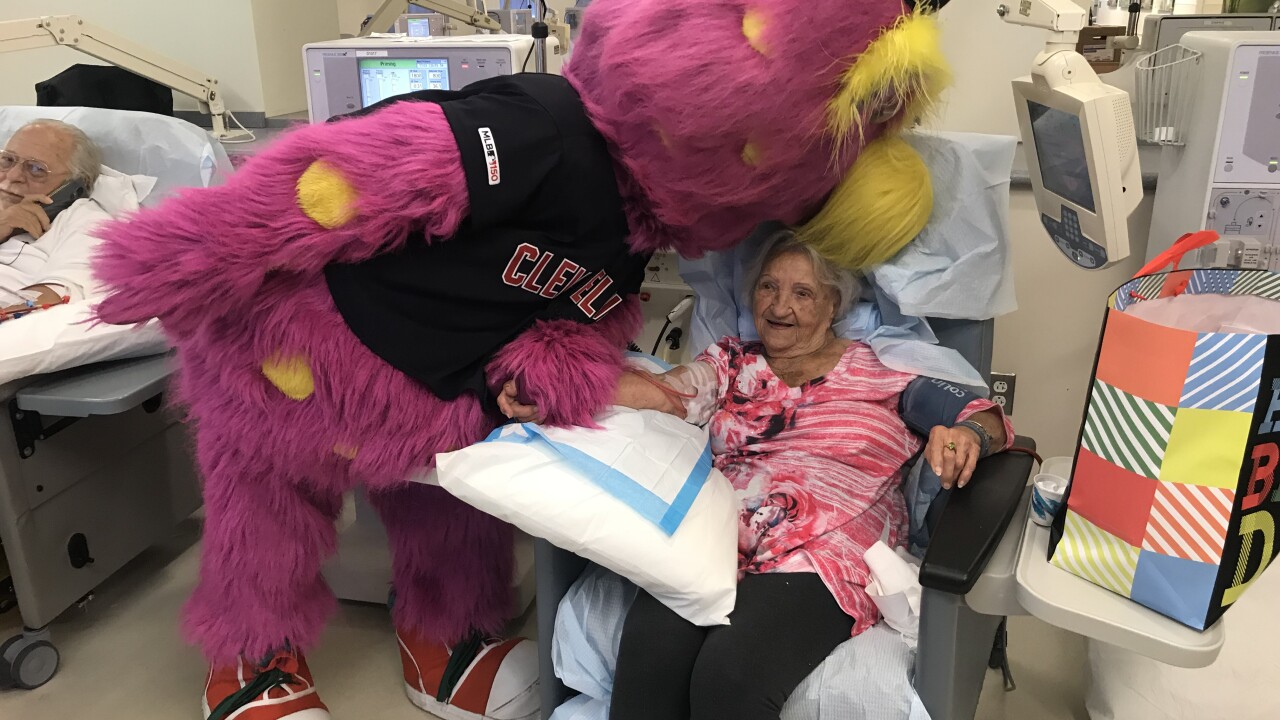 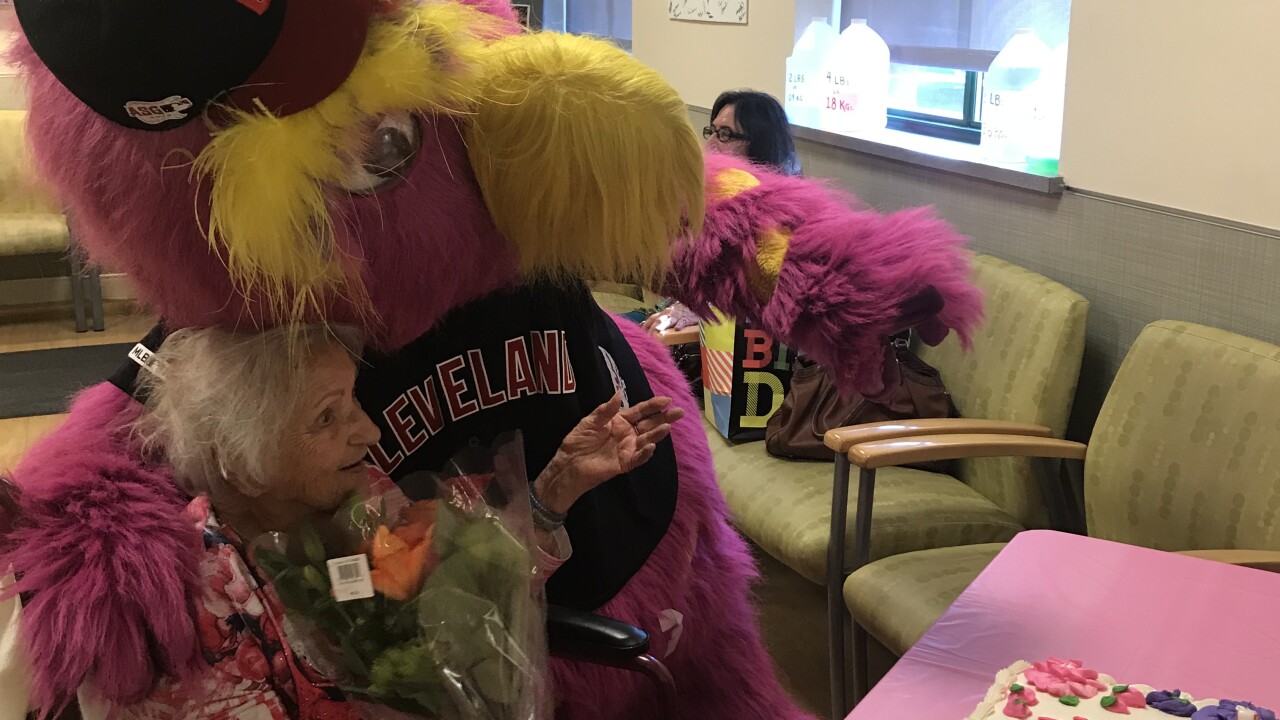 CLEVELAND — She’s probably been a fan of the Cleveland Indians longer than anyone you know, and on Thursday, a 104-year-old dialysis care patient got a surprise birthday visit from none other than Slider himself.

Jeanette Malner was born on Aug. 8, 1915, making her as old as the Cleveland Indians as we know them — before that, they were the Cleveland Naps, short for Napoleons. She has been an Indians fan since she was a little girl, according to a news release from the Centers for Dialysis Care.

Slider, Malner’s favorite member of the team, came by to bring her birthday gifts from the players, and led a rousing rendition of “Happy Birthday,” before helping her cut the cake.