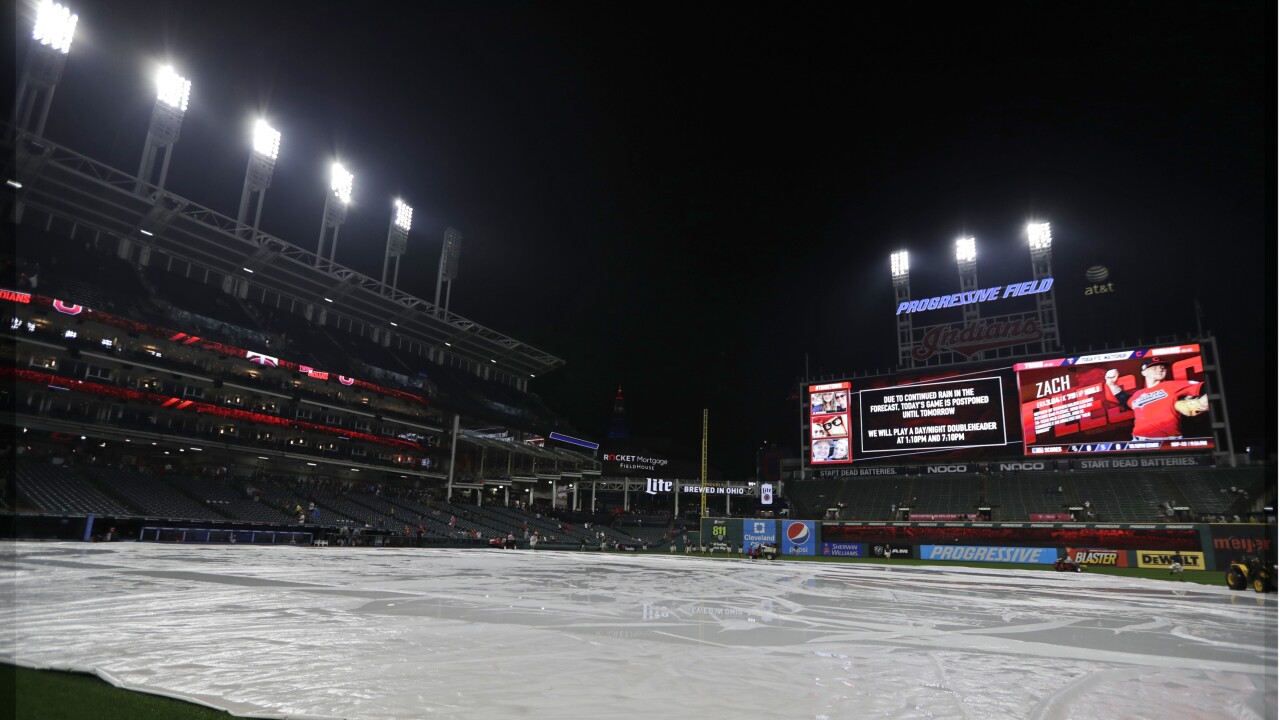 Tony Dejak/AP
The tarp rests on the field after a baseball game between the Minnesota Twins and the Cleveland Indians is postponed due to the weather, Friday, Sept. 13, 2019, in Cleveland. The Indians and Twins will play a doubleheader on Saturday. (AP Photo/Tony Dejak)

CLEVELAND — Severe thunderstorms forced the Indians to postpone their game against the Twins Friday evening.

The Tribe announced the game has been postponed due to inclement weather and has been rescheduled as a split doubleheader on Saturday.

Gates will open at noon for the makeup game and 6 p.m. for the original game, with fans being cleared from the stadium between games, according to the Indians.