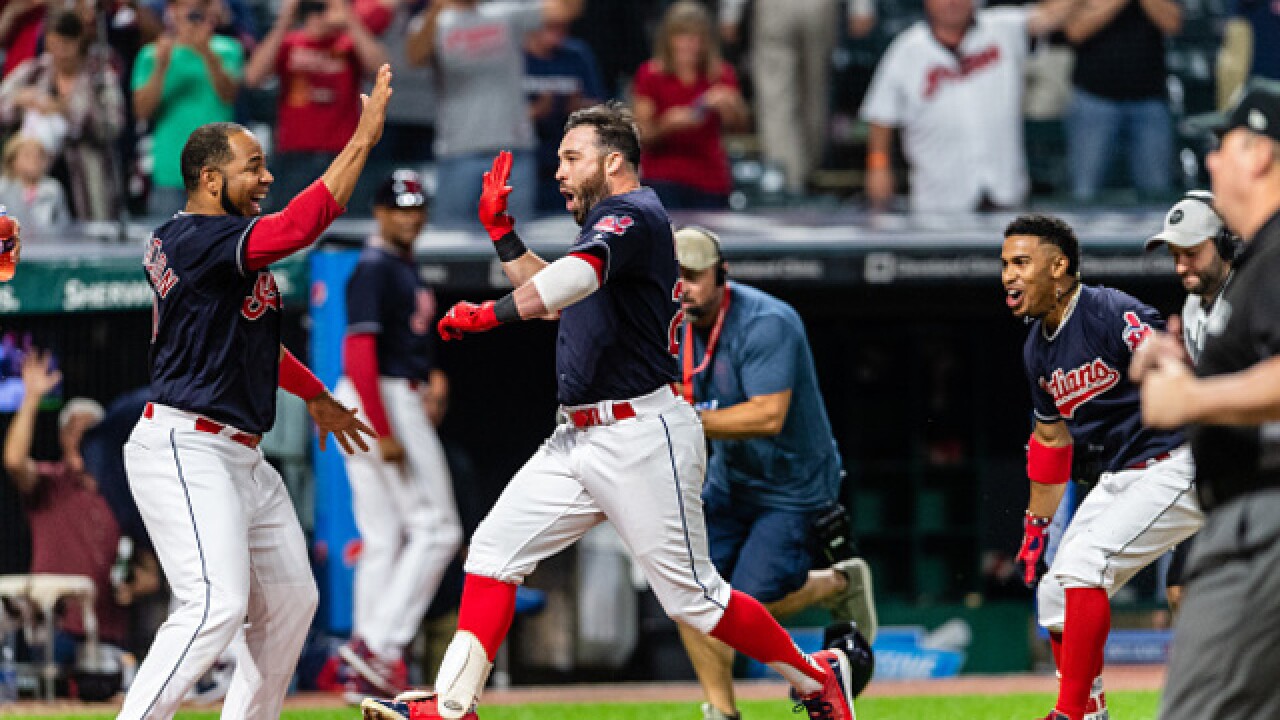 Image copyright 2018 Getty Images. All rights reserved. This material may not be published, broadcast, rewritten, or redistributed.
Jason Miller
<p>CLEVELAND, OH - SEPTEMBER 19: Edwin Encarnacion #10 celebrates with Jason Kipnis #22 of the Cleveland Indians after Kipnis hit a walk-off grand slam during the ninth inning against the Chicago White Sox at Progressive Field on September 19, 2018 in Cleveland, Ohio. The Indians defeated the White Sox 4-1. (Photo by Jason Miller/Getty Images)</p>

Tom Hamilton is the favorite voice in Cleveland sports and his narration of Jason Kipnis' walk-off grand slam on Wednesday night reassures nothing is truer.

Bases were loaded and the Indians were losing 1-0. Kipnis was up to bat and what happened next will be etched in every fan's memory who was watching from Progressive Field and at home.

Kipnis put an end to the game with a walk-off grand slam, giving the Tribe a 4-1 victory over the White Sox.

Fans erupted in contagious cheering, celebrating a moment for the Cleveland favorite who had his 1000th career hit.

Turn your volume on for this.

What a moment. This is what it feels like to be a Cleveland Indians fan.