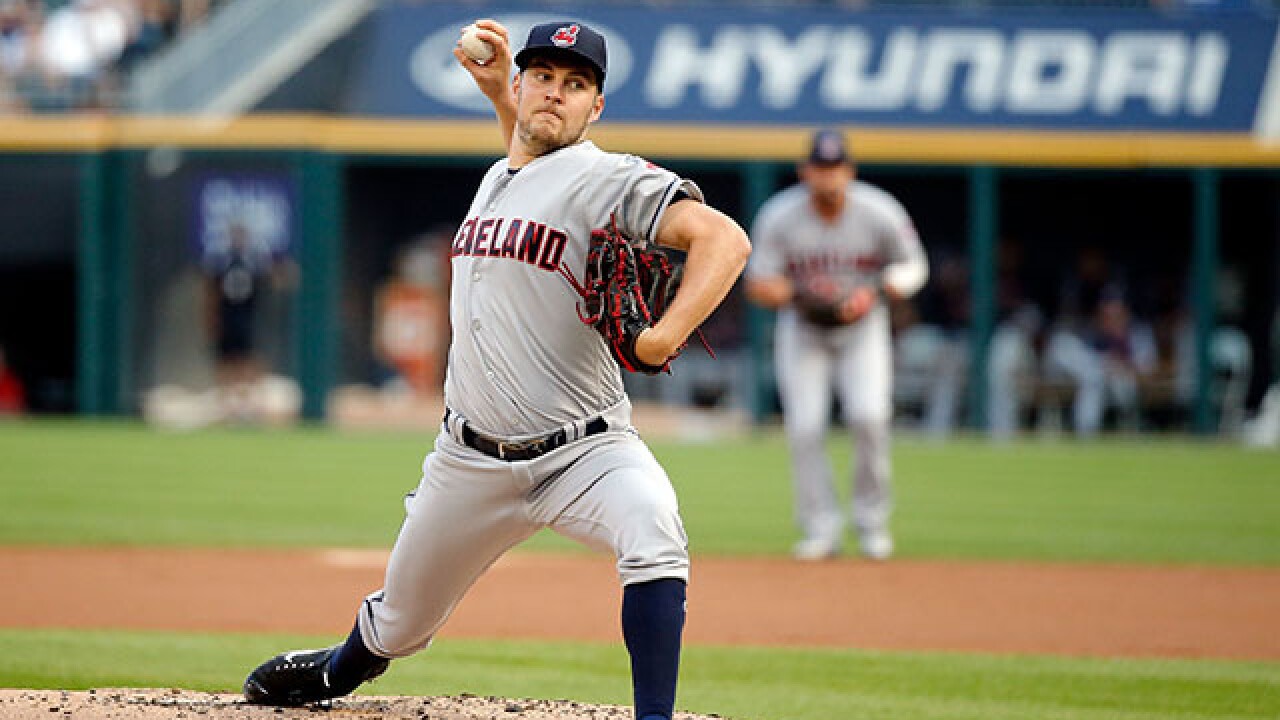 Copyright 2018 Scripps Media, Inc. All rights reserved. This material may not be published, broadcast, rewritten, or redistributed.
Jon Durr
<p>CHICAGO, IL - AUGUST 11: Trevor Bauer #47 of the Cleveland Indians pitches against the Chicago White Sox during the first inning at Guaranteed Rate Field on August 11, 2018 in Chicago, Illinois. (Photo by Jon Durr/Getty Images)</p>

Indians pitcher Trevor Bauer will be out four to six weeks because of a stress fracture in his right leg, ESPN reports.

Bauer was initially put on the 10-day Disabled List after being hit in the leg by a ball Saturday in a game against the Chicago White Sox. Bauer believes he’ll return earlier than the team’s timetable, according to ESPN.

Bauer, a Cy Young contender until the injury, currently leads the American League in innings pitched, home ERA, games started and quality starts. He ranks second in strikeouts, third in ERA, fourth in strikeouts-per-9-innings-pitched and fifth in opponent batting average.