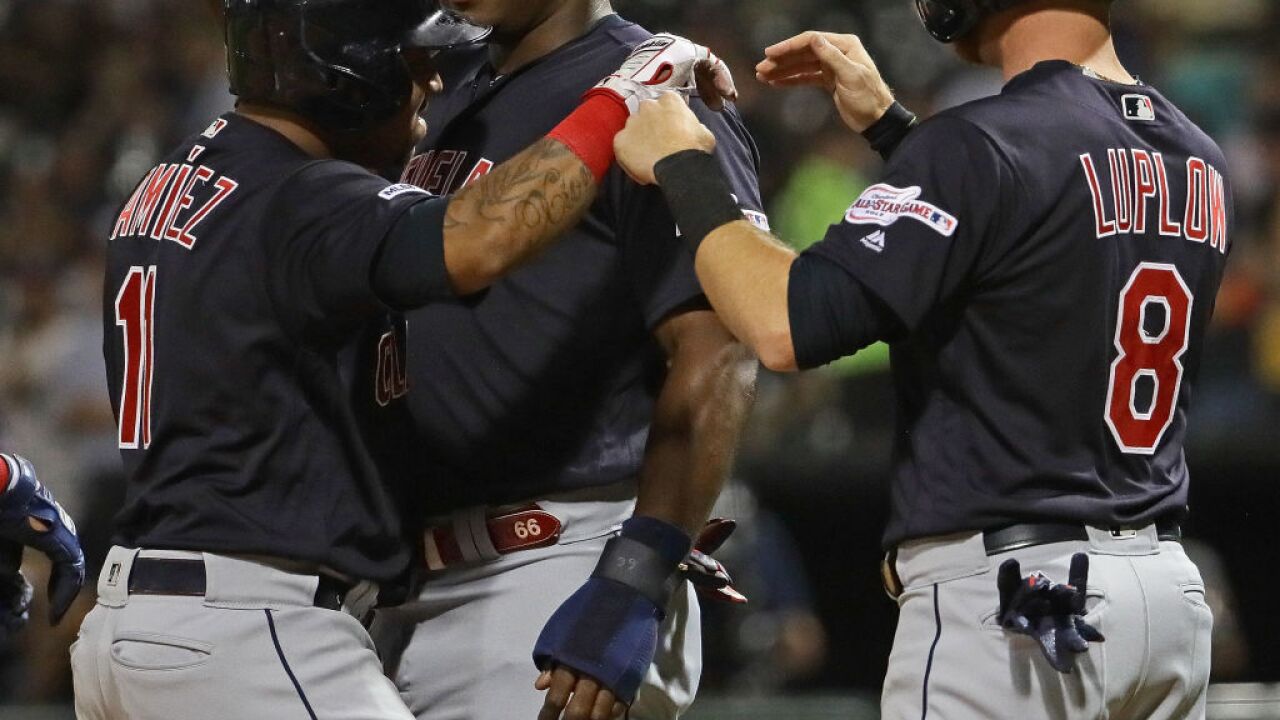 Ramirez returned to the Indians Tuesday after missing 26 games due to a broken hand.

In his first at bat on Tuesday, Ramirez ripped a grand slam.

JOSE RAMIREZ WITH A GRAND SLAM HOME RUN PITCH IN HIS FIRST AT-BAT BACK IN THE @INDIANS LINEUP‼️‼️ pic.twitter.com/5olDJlIOmv

He then nailed another home run after his second at bat.

The Indians only have five games left remaining in the regular season and are fighting for a spot in the post season. Ramirez's return has helped the Tribe out tremendously.