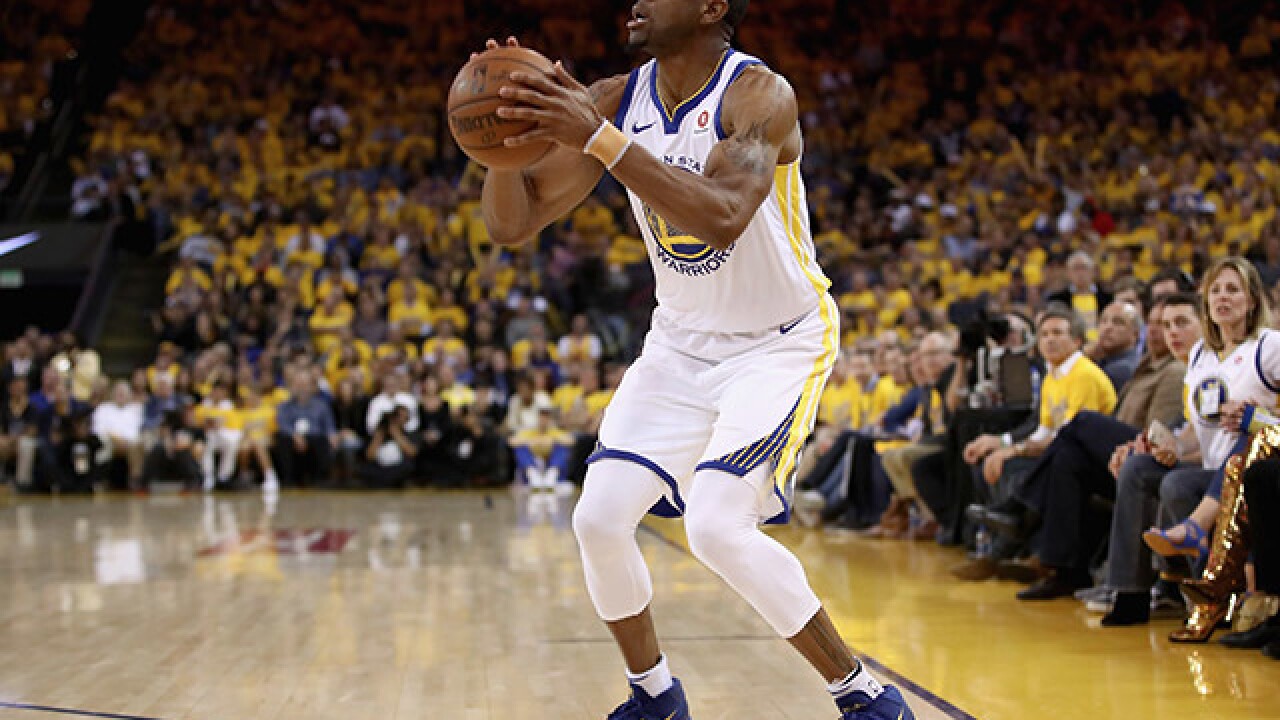 The Golden State Warriors announced on Wednesday that forward Andre Iguodala will not play in Game 1 of the Finals.

Iguodala, who was the NBA Finals MVP in 2015 against the Cavs, also missed the last four games of the Western Conference Finals against the Houston Rockets after suffering from a leg contusion and bone bruise in Game 3 of the series.

The team said Iguodala was evaluated by medical staff on Tuesday and that he is making progress. However, he is still in pain, and the nerve surrounding his left knee is still inflamed.

Iguodala will be re-evaluated before Game 2.