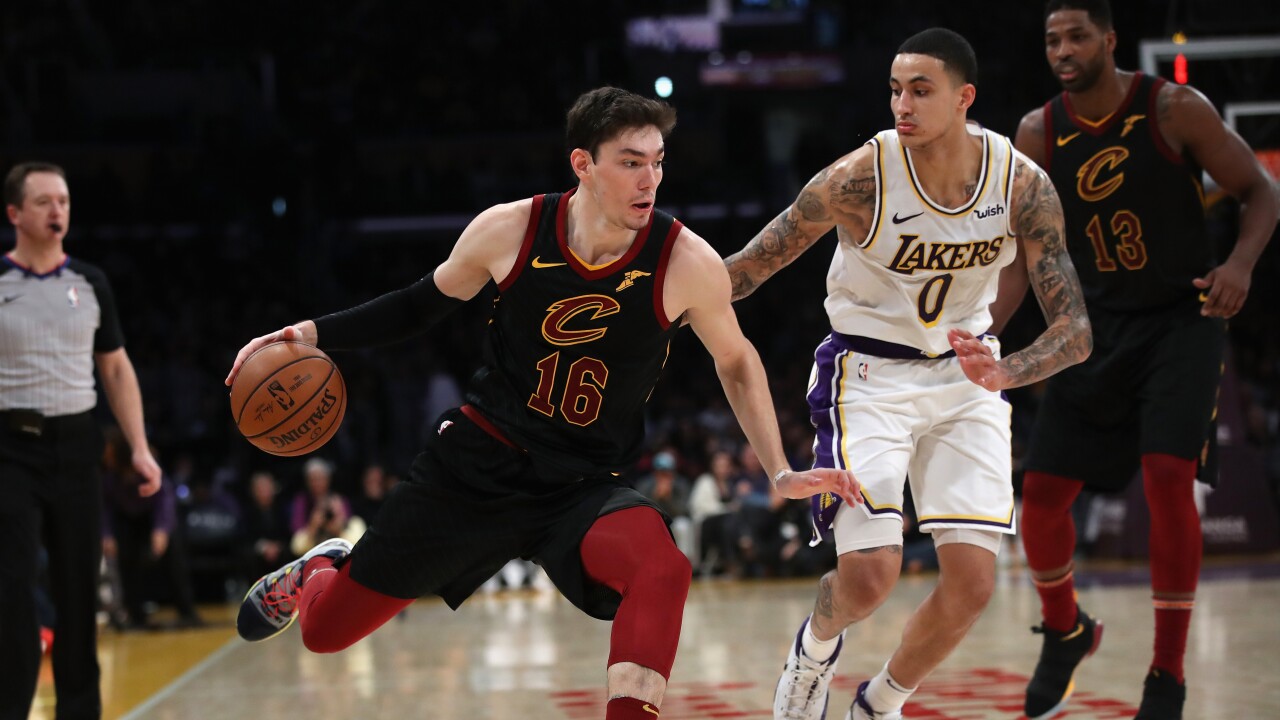 Sean M. Haffey/Getty Images
LOS ANGELES, CA - JANUARY 13: Cedi Osman #16 of the Cleveland Cavaliers dribbles past Kyle Kuzma #0 of the Los Angeles Lakers during the second half of a game at Staples Center on January 13, 2019 in Los Angeles, California. NOTE TO USER: User expressly acknowledges and agrees that, by downloading and or using this photograph, User is consenting to the terms and conditions of the Getty Images License Agreement. (Photo by Sean M. Haffey/Getty Images)

CLEVELAND — Cedi Osman has developed from a raw rookie into a dependable starter for the Cavaliers.

He’ll get to grow more with Cleveland.

Osman and the Cavs have agreed to terms on a four-year, $30.8 million contract extension, a person familiar with the negotiations told The Associated Press.

The sides finalized the deal on Thursday night, said the person who spoke on condition of anonymity because the team has not publicly confirmed the deal. An announcement could be made Friday, the person said.

The 24-year-old Osman has continued to improve for the Cavs, who began scouting the Turkish player as a teenager. The team sees him as part of their young core nucleus along with guards Collin Sexton, Darius Garland and forward Larry Nance Jr.

Osman was in the final year of a three-year, $8.3 million deal he signed in 2017. He was eligible to become a restricted free agent next summer. His extension runs through the 2022-23 season.

The Cavs host Indiana in their home opener Saturday.