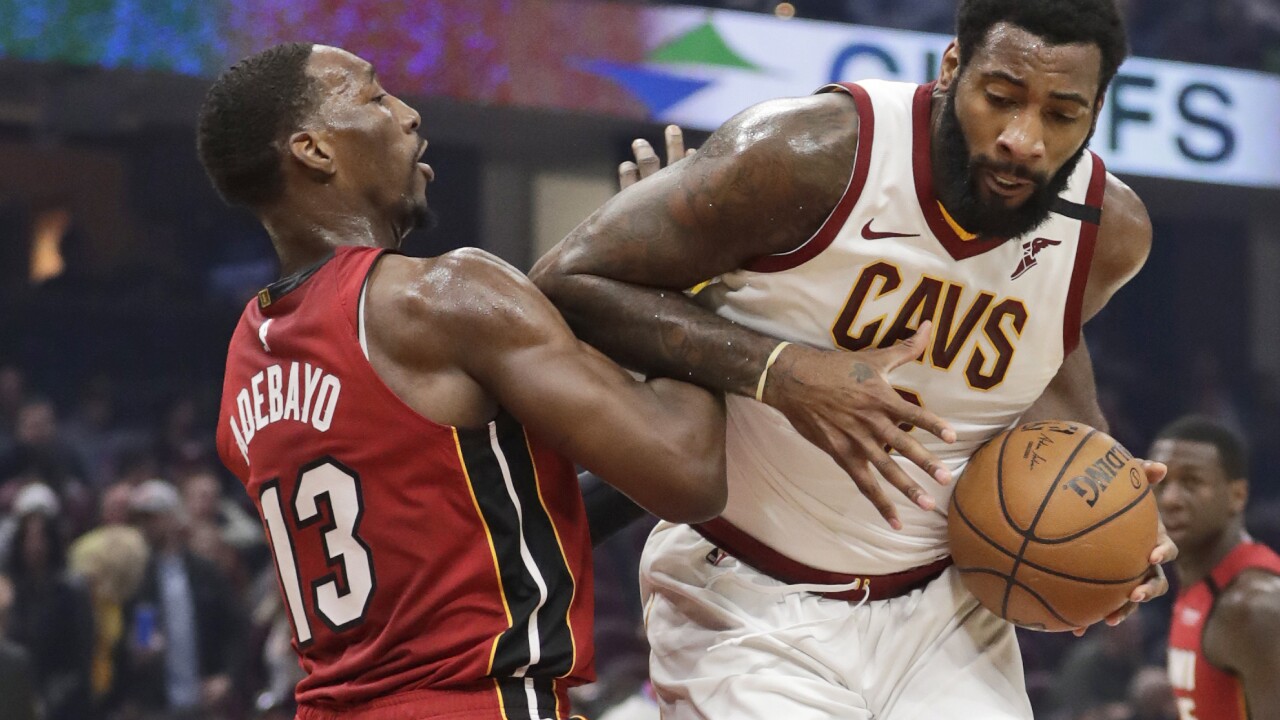 CLEVELAND — Cleveland Cavaliers center Andre Drummond has been ruled out for Wednesday night’s game against the Philadelphia 76ers because of a strained left calf.

Drummond has averaged 12.8 points and 10.4 rebounds in five games with Cleveland since being acquired from Detroit at the trade deadline. He averages 17.3 points and 15.3 rebounds in 54 games.

Cleveland is 3-2 since picking up the 6-foot-11 Drummond, who gives the Cavaliers a deep frontcourt that also includes Kevin Love, Larry Nance Jr. and Tristan Thompson. Bickerstaff said Thompson will start against Philadelphia and center Joel Embiid, who scored a career-high 49 points Monday night against Atlanta.