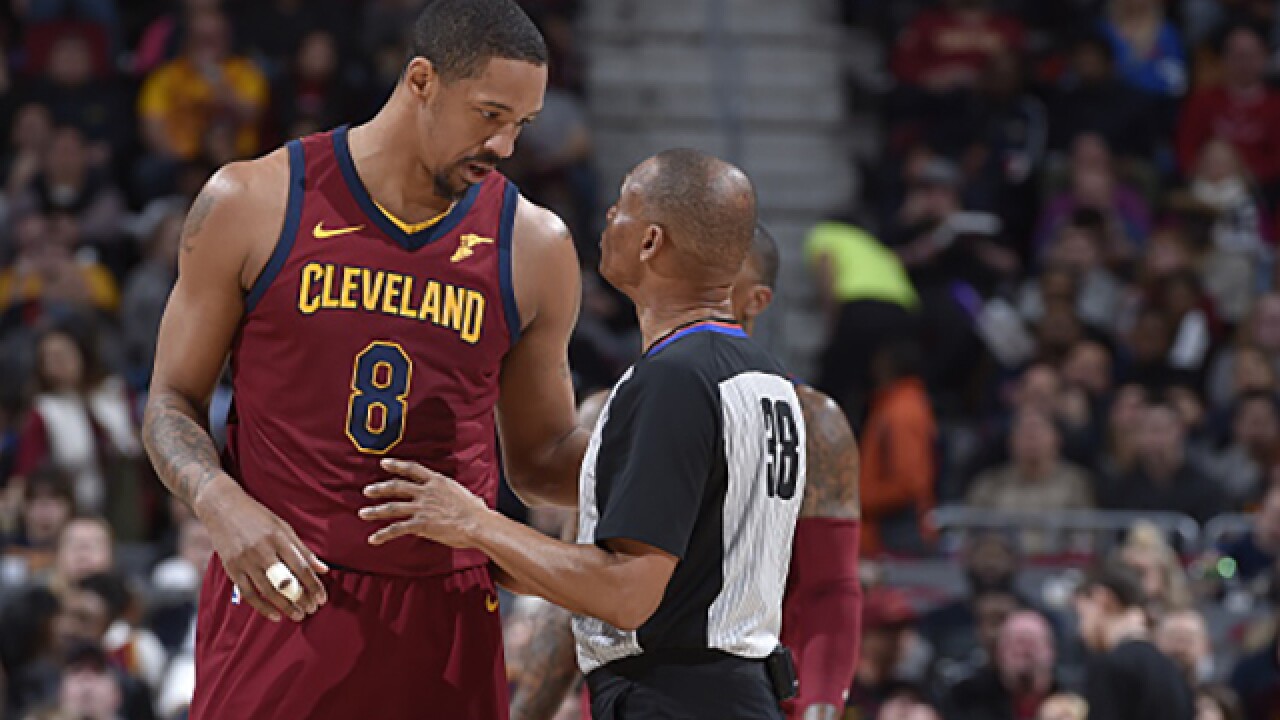 A huge change swept through the Cleveland Cavaliers on Thursday—shocking fans and players across the board.

In total, six players, all who had some special moments in Cleveland—gone.

After spending less than a full season with the Cavs, Dwyane Wade will head down south to Miami where he will again play with the Heat. That's in exchange for a second-round pick for Cleveland.

Once Dwyane got back to his home in Miami, he thanked the organization and the Cavaliers for their support, as well as saying he was excited to be back with the Miami Heat.

RELATED: The Cleveland Cavaliers just blew up their roster: Here are all the moves the team made today

Wade's wife, Gabrielle Union thanked fans in Cleveland for making their family feel welcomed while they were in town.

Huge thank you to the fans in Cleveland for treating our family like family! Always love and gratitude

While his time in Cleveland was short-lived, Isaiah Thomas still echoed his appreciation for the chance to play in Cleveland.

It was only 15 games, but still an experience that I’m grateful for. Thank you to the Cleveland Cavaliers organization for granting me the opportunity to rock the wine and gold this season. God bless and see you on the other side.

Over the years, Channing Frye became a fan favorite and was part of the team's 2016 Championship win.

Reacting to the news and thanking fans on social media, Frye said: "Don't go 0-6 or they're going to trade your ass."

Channing Frye reacts to his trade: "Don't go 0-6 or they're going to trade your ass." pic.twitter.com/Ttqit6KEgl

It's no secret the special bond between LeBron James and Wade. On Instagram, James said he will miss his brother. "It's how it's supposed to be," he said.

Truly happy for my brother @dwyanewade!! It’s how it’s suppose to be. Love you my guy!! #WadeCountyBack⚡️

Larry Nance Jr., who will be heading back home to The Land after playing for the Los Angeles Lakers for the last two-and-a-half years, thanked the organization he started with, but was clearly excited to be joining the Cavs.

I’ll be forever grateful for everything that the @lakers organization, the fans, and my teammates have done for me! It’s been an unbelievable experience and I couldn’t be happier with where I started this journey! Thank you guys for the past 2 1/2 years! On to THE LAND I go.. #JustAKidFromAkron

Jordan Clarkson, who is also coming over from the Lakers, expressed his gratitude to the City of Angels and Lakernation. He says he is ready to work hard and help bring another championship to Cleveland.

To LA: Words can’t express what it meant to me to wear the Purple and Gold. As a kid from Texas, playing for the legendary Lakers was nothing short of a dream come true. For the last four years, this city has watched me grow, LA has become my home and the incredible people here have become my family. I am proud of everything I have achieved as a player, teammate and in the community and want to say thank you for all of your support during this journey. Gonna miss ju, my brother ty, brewski, kcp all my sons jbarkley, slenderman/ ting dawg , kuz, zo, tb and the rest of my dawgs. I will always have love for LA and I will continue to show support for this community, even after I leave. Thanks Lakernation To Cleveland: I can’t wait to see the city,suit up, bust my ass and give everything I have to bring another championship to The Land!