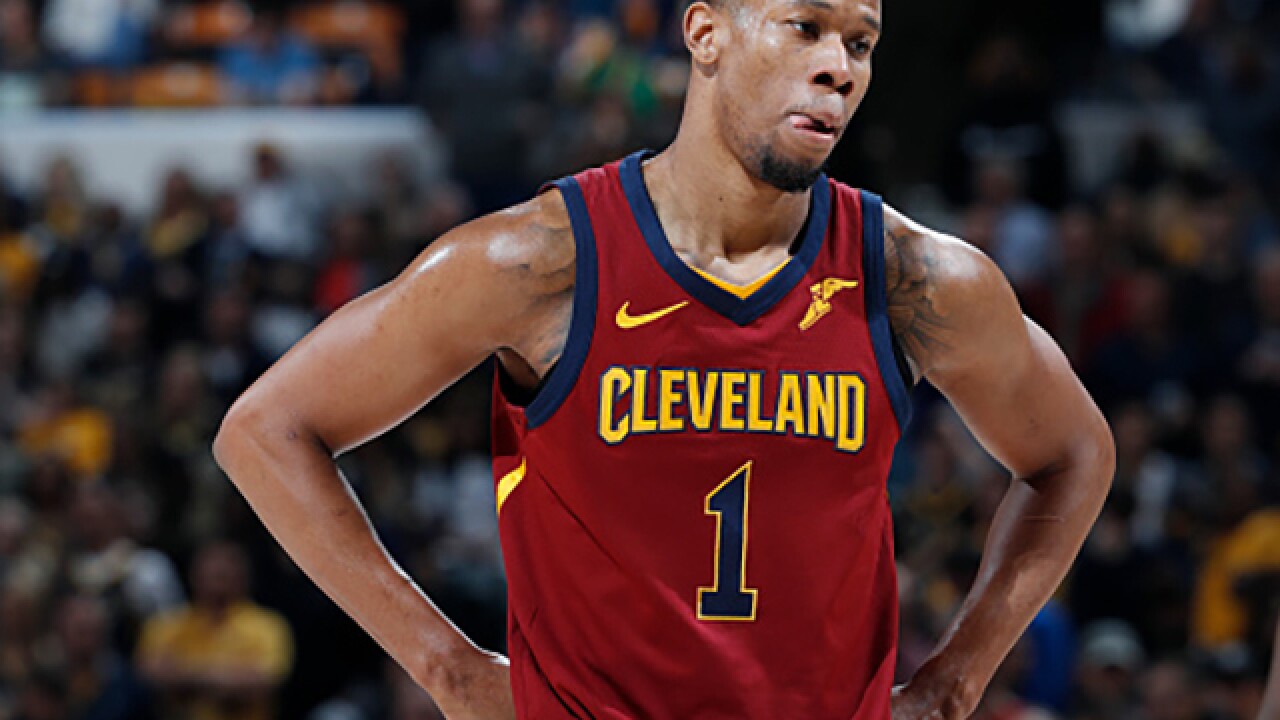 Image copyright 2018 Getty Images. All rights reserved. This material may not be published, broadcast, rewritten, or redistributed.
<p>Rodney Hood #1 of the Cleveland Cavaliers looks on during game four of the NBA Playoffs against the Indiana Pacers at Bankers Life Fieldhouse on April 22, 2018 in Indianapolis, Indiana. The Cavaliers won 104-100.</p>

The Cavaliers had a winning night on Monday after the team swept the Toronto Raptors in a clinching 128-93 victory—sending the team to the Eastern Conference Finals. But not every player joined in the winning.

Rodney Hood, who has been subpar during the playoffs and lost his spot in the rotation as a result, refused to enter the game during the fourth quarter.

According to The Athletic's Jason Lloyd (subscription required to read), Cleveland head coach Tyronn Lue tried to substitute Hood in for James with a 30-point lead with a little more than seven minutes to play.

Rodney Hood refused to enter the game when summoned in the fourth quarter Monday, angering a number of teammates, according to multiple sources. It was the only blemish on an otherwise impressive series sweep for the Cavs. Final Thoughts from the Q https://t.co/wcMQ8q0L58

ESPN is reporting that Hood apologized to General Manager Koby Altman today. He will not be disciplined.