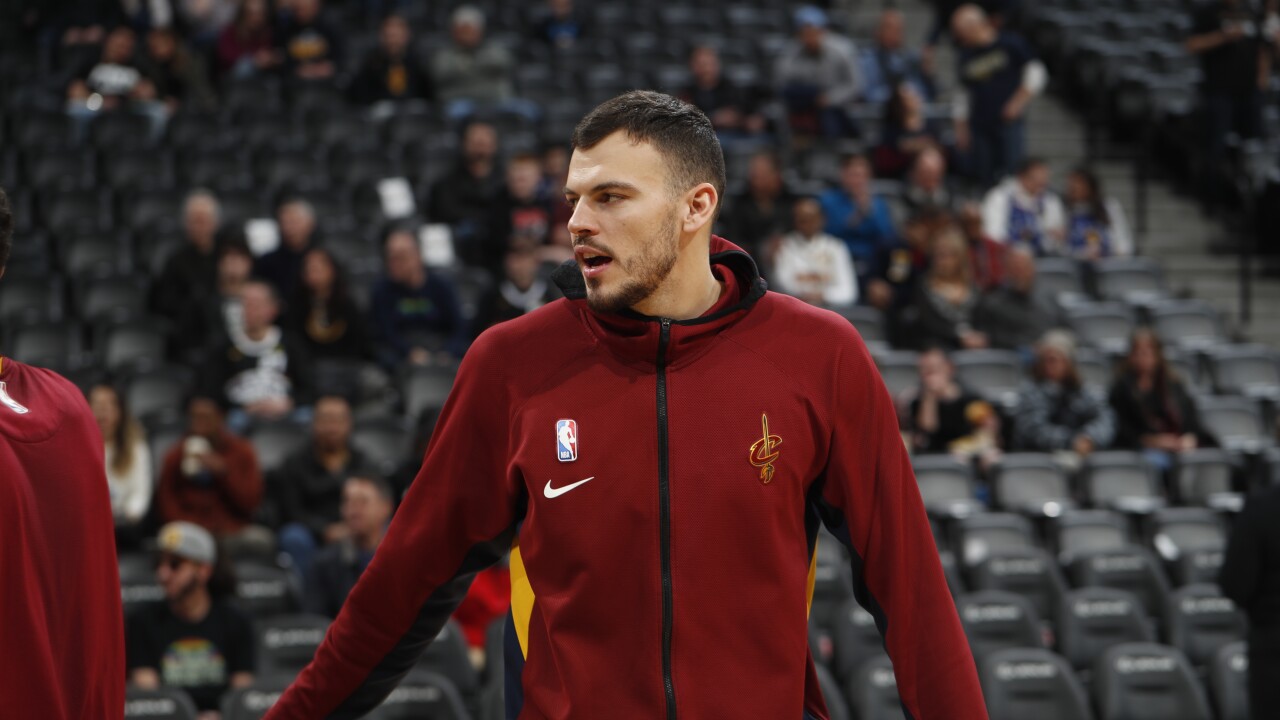 (Copyright 2020 The Associated Press. All rights reserved. This material may not be published, broadcast, rewritten or redistributed.)
David Zalubowski/AP
Cleveland Cavaliers center Ante Zizic (41) in the first half of an NBA basketball game Saturday, Jan. 11, 2020, in Denver. (AP Photo/David Zalubowski)

The team said Wednesday that Zizic, who has missed Cleveland’s past five games, has been diagnosed with a vestibular condition. The 23-year-old Croatian has been nauseous and dizzy and the Cavs are going to rest him to further evaluate his symptoms.

He’s averaging 4.3 points and 3.4 rebounds in 16 games this season, his third with Cleveland.

Also, the Cavs said rookie swingman Dylan Windler had successful surgery Tuesday on a lower leg stress reaction. Windler was initially diagnosed with the injury before training camp opened in October. He was close to joining the Cavs after playing for the Canton Charge in the NBA’s G League before suffering a setback.

The No. 26 overall pick last year from Belmont is out of the remainder of this season.