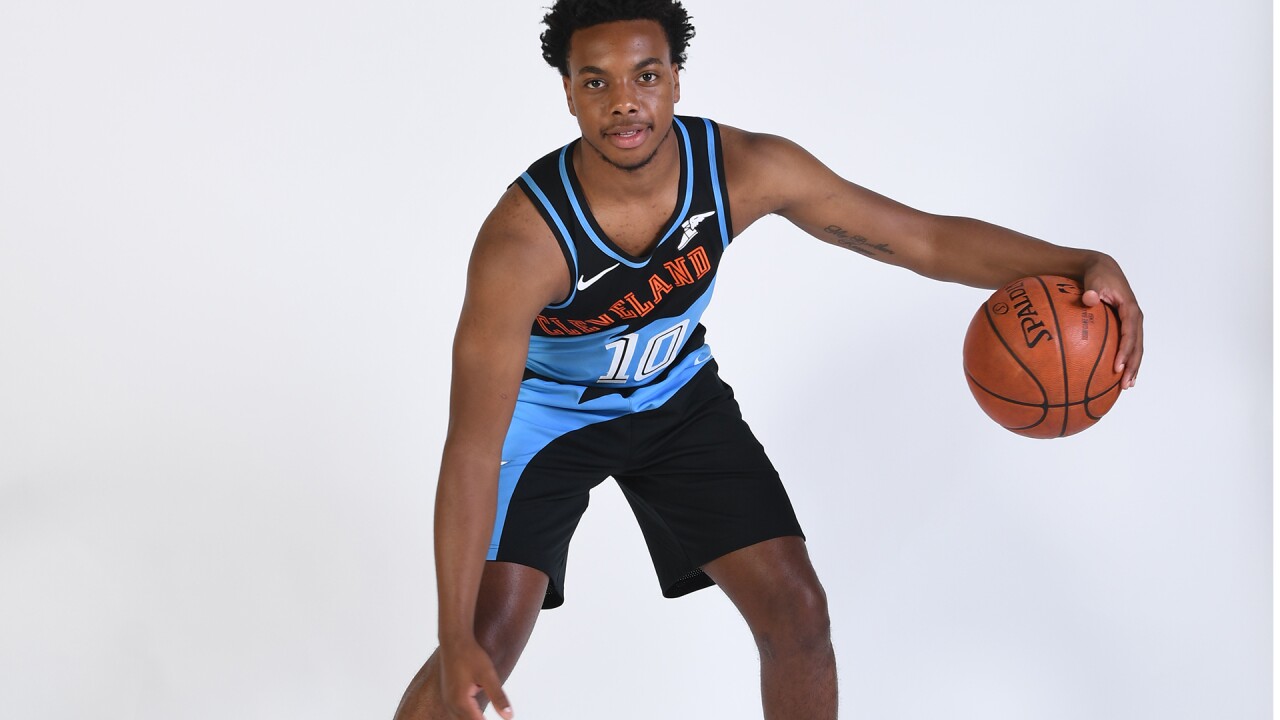 CLEVELAND — The new uniform for the Cleveland Cavaliers upcoming 2019-2020 season is a throwback to the blue, black and orange the team wore in the 1990s.

The uniform, dubbed the Nike “Classic Edition” is part of the team’s 50th season celebration. The uniform is a “modern take on the fan-favorite black uniform that originally debuted during the 1994-1995 season,” according to the team.

The team will also play on two new court designs. The first features the same throwback blue splash found on the shorts and was inspired by the Gund Arena court the team played on from 1996 to 2003.

The main court will have the 50th season logo in the center and features the team's "heritage" colors of wine and gold that players first wore on uniforms in 1970.

Players will don the uniform on Oct. 26 during the team’s home opener against the Indiana Pacers. The uniform will be worn during seven home games throughout the season. They are:

“These retro uniforms spark special memories and feelings for our fans and the organization alike. It was a very exciting re-launch downtown for everyone back then,” said Tracy Marek, Cavs chief marketing officer. “We are excited to see threads of the past weave into the future as we prepare to once again tip-off a new era of Cavaliers basketball, this time in the newly-transformed Rocket Mortgage FieldHouse.”

Fans feeling nostalgic can buy the throw-back jerseys at a later date. If you want to be notified when they become available, click here.