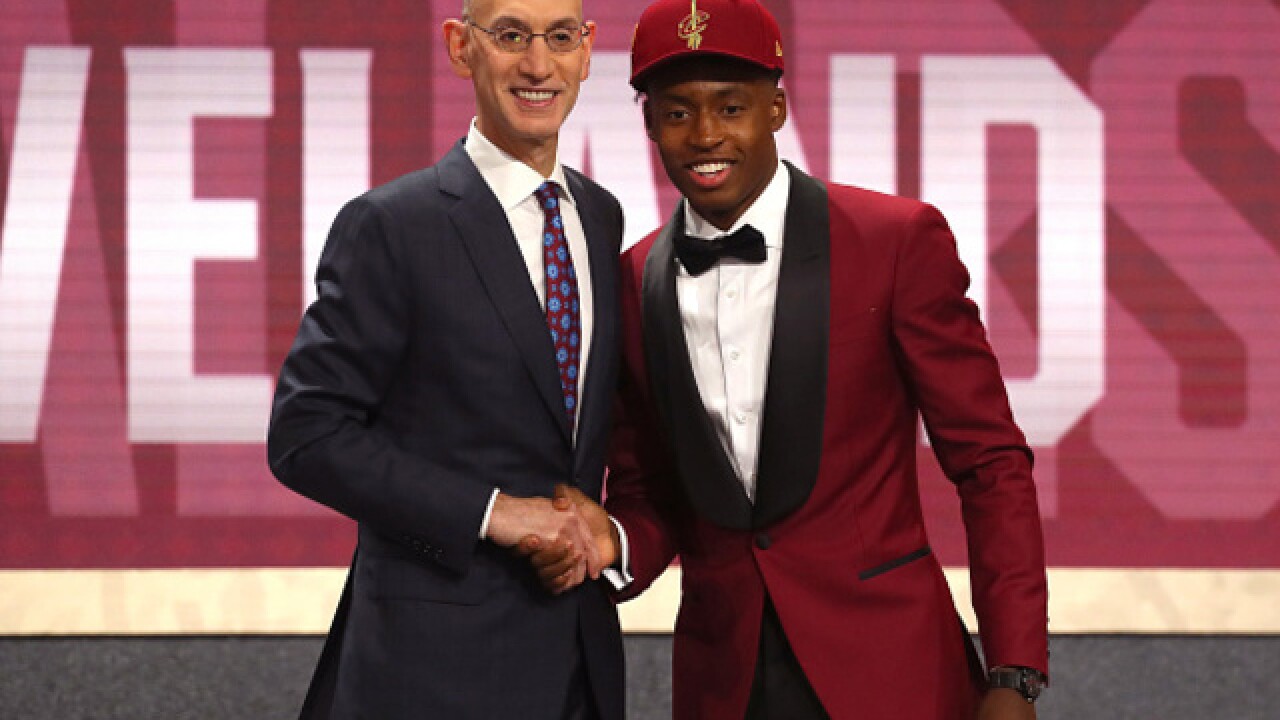 Image copyright 2018 Getty Images. All rights reserved. This material may not be published, broadcast, rewritten, or redistributed.
Mike Stobe
<p>NEW YORK, NY - JUNE 21: Collin Sexton poses with NBA Commissioner Adam Silver after being drafted eighth overall by the Cleveland Cavaliers during the 2018 NBA Draft at the Barclays Center on June 21, 2018 in the Brooklyn borough of New York City. NOTE TO USER: User expressly acknowledges and agrees that, by downloading and or using this photograph, User is consenting to the terms and conditions of the Getty Images License Agreement. (Photo by Mike Stobe/Getty Images)</p>

Collin Sexton badly wanted to play with LeBron James. His first season will be much different than he hoped.

Sexton signed his rookie contract on Wednesday with the Cleveland Cavaliers, who are taking their first steps since James announced he’s leaving to sign a four-year, $154 million contract with the Los Angeles Lakers.

When the Cavs drafted Sexton with the No. 8 pick last month, the Alabama guard instantly pleaded with James to re-sign with the Cavs.

“LeBron, let’s do it,” Sexton said in a TV interview moments after he was picked. “I’ve seen you needed a few extra pieces this past season, and let’s do it. Let’s go back to the Finals.”

For now, Sexton will have to settle for a four-year contract that could be worth $20.2 million over its length. Per NBA rules, Sexton can make a maximum of $4.1 million next season. The value is based on where he was selected. His contract is guaranteed for two years, with the Cavs holding options for the last two years.

Cleveland made the announcement on Wednesday, a holiday treat for the team’s fans still grappling with their emotions after James left for the second time in eight years. On Tuesday, the giant billboard of James that become a downtown landmark, and to some a symbol of the city’s rebirth, was removed.

The team is hoping Sexton can help them recover from losing James, who led the Cavs to four straight NBA Finals and a championship in 2016. Sexton averaged 19.2 points as a freshman and played his best in big games, leading the Crimson Tide to its first NCAA Tournament appearance since 2012.

Now that he’s under contract, the 19-year-old can’t be traded for 30 days. However, the Cavs are likely to hang on to Sexton after they spent all last season in need of a point guard after trading All-Star Kyrie Irving last summer to Boston.

Sexton will wear No. 2, Irving’s jersey number with Cleveland.

Sexton is on Cleveland’s summer league roster and is expected to play in games in Las Vegas later this week.