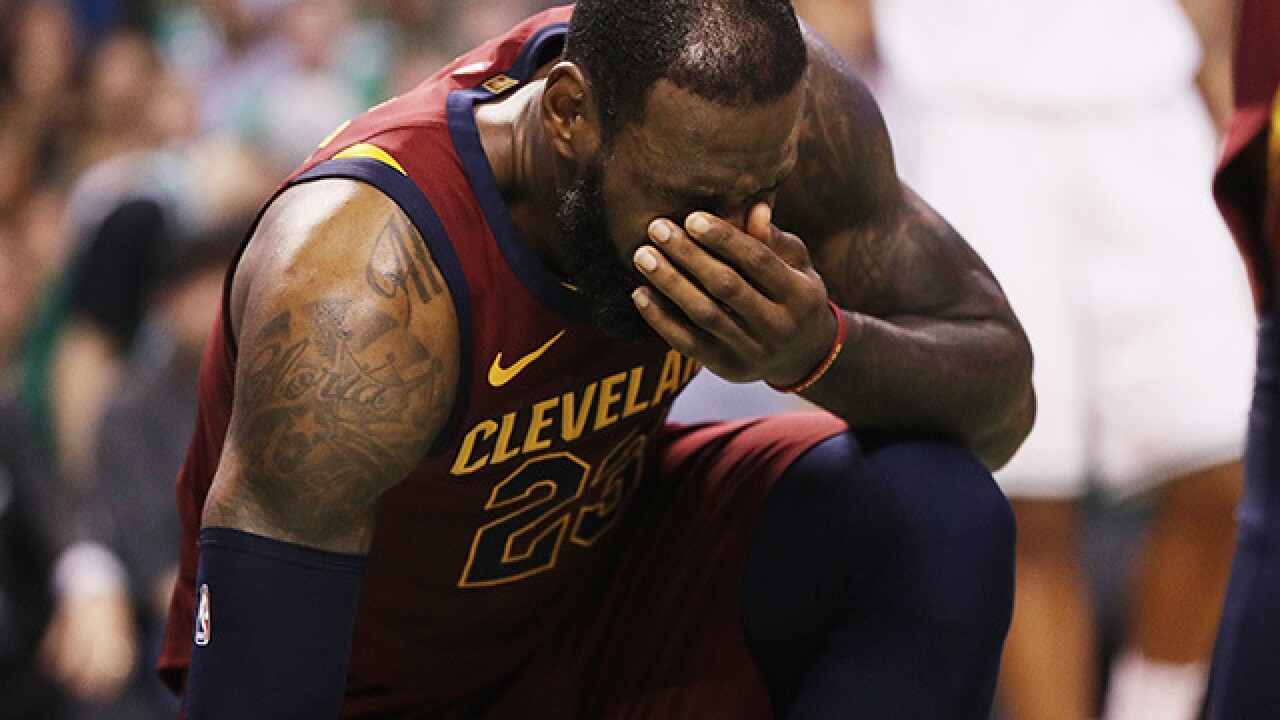 Copyright 2018 Scripps Media, Inc. All rights reserved. This material may not be published, broadcast, rewritten, or redistributed.
<p>Getty Images: LeBron reacts after being hit the face during Game 2 of the Eastern Conference Finals against the Boston Celtics</p>

Cavaliers forward LeBron James left Game 2 of the Eastern Conference finals Tuesday night and went to the Cleveland locker room in the second quarter after colliding with Boston’s Jayson Tatum under the basket.

He returned a few minutes later and finished out the half with what the Cavaliers said was a strained neck.

James was under the basket when he collided with Tatum, whose shoulder hit James squarely in the jaw. James was shown rubbing his chin, and then he went to the locker room.

After scoring just 15 points in Boston’s Game 1 blowout, James had 21 in the first quarter on Tuesday night. He finished the half with 25 points, six assists and four rebounds.