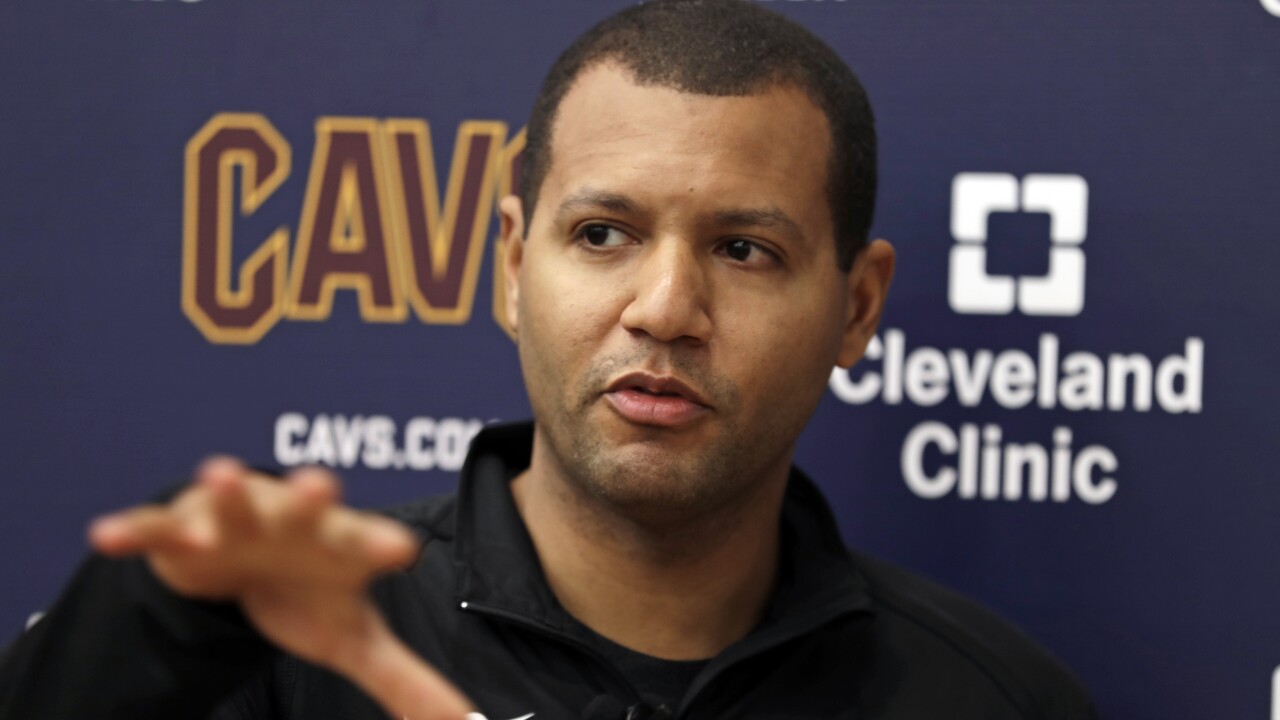 Tony Dejak/AP
Cleveland Cavaliers general manager Koby Altman speaks to the media at the team's training facility, Friday, April 12, 2019, in Independence, Ohio. Once again, the Cavaliers are looking for a coach. The team parted ways with Larry Drew and have begun their search for his replacement to continue their rebuild. (AP Photo/Tony Dejak)

Cleveland Cavaliers General Manager Koby Altman signed a long-term contact extension—making him the first general manager under the Dan Gilbert ownership era to receive an extension, according to a release from the Cleveland Cavaliers.

Altman, who was named as the 11th manager in Cavaliers history on July 24, 2017, selected Collin Sexton, Darius Garland, Dylan Windler and Kevin Porter Jr. Prior to being named general manager, Altman was part of the basketball staff for five years, including being promoted as assistant general manager in September 2016.

"Koby has been a culture-driver and an innovator who has built a fresh, new foundation and environment for our front office and team that inspires everyone involved,” said Gilbert in a news release. “He is a passionate leader who is executing a very dynamic, strategic plan for the future of the team and our vision for growth and success. Koby’s collaborative approach has also extended beyond the team and had a consistent, positive impact across our entire organization. I look forward to seeing his hard work and creativity continue to make us better and help guide the team towards reaching our goals for years to come.”

This past year, Altman selected head coach John Beilein as the new head coach of the Cavs, who is considered one of the all-time winningest coaches in NCAA history.

“I’m truly humbled and excited to sign a long-term extension with the Cavaliers and I look forward to continuing the overall development and growth we are experiencing with this team,” said Altman in a news release. “We have a first-class organization, led by our Chairman Dan Gilbert, an extraordinary fanbase and a great team behind the team, who provide incredible resources and opportunities for us to be successful. I’m also thankful to our players, coaches and support staff, who have shown continued trust and displayed their commitment to our process of establishing a sustainable and winning culture here in Cleveland. Northeast Ohio is a special place, and my family and I are thrilled to remain in this community for years to come.”

Under Altman, the Cavs went on to win their fourth straight Eastern Conference Championship. He also acquired four first-round picks via trades since being named general manager.

Per the team policy, the Cavs said the details of the deal have not been released.