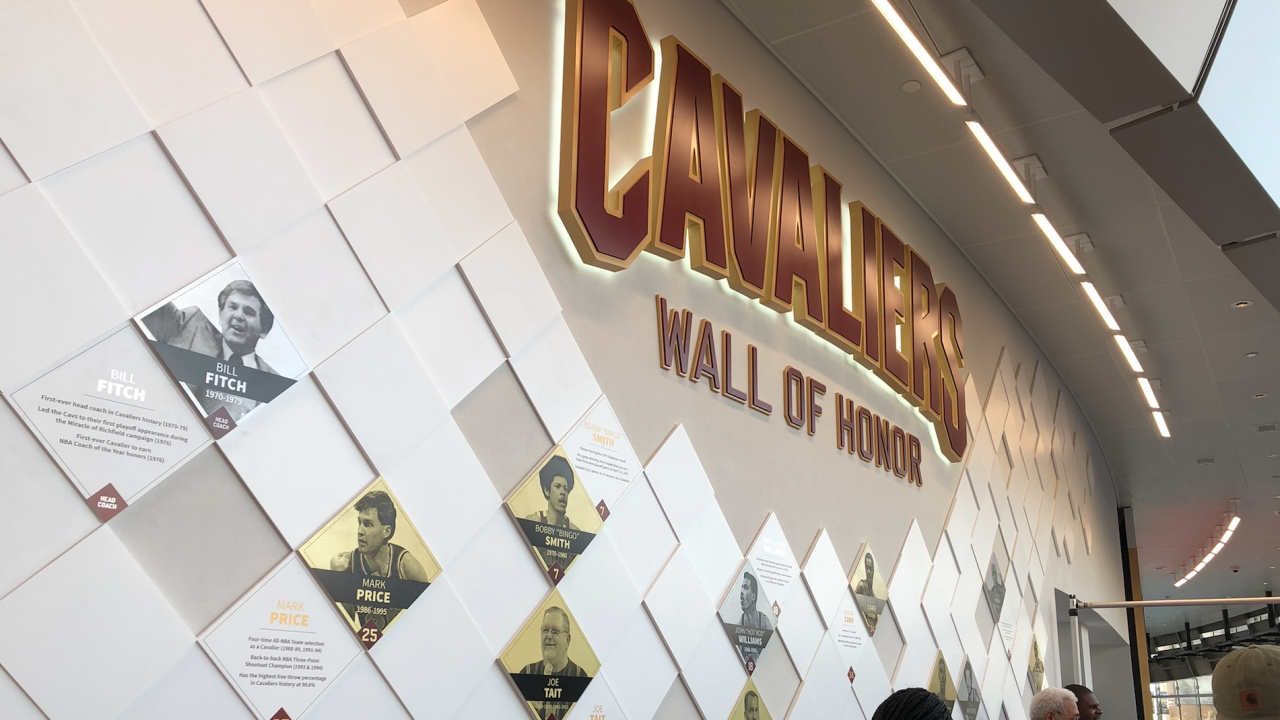 CLEVELAND — The Cleveland Cavaliers are celebrating their 50th season this year, and as part of the ongoing festivities, the team inducted the inaugural class of their new Wall of Honor.

Wayne Embry
Known for being the NBA’s first African American general manager, Embry managed the Cavaliers from 1986 to 1999. He is a five-time NBA All-Star and won an NBA Championship with Boston in 1968.

Bill Fitch
Fitch was the team’s first head coach, hired in 1970. In his nine seasons with the Cavaliers, Fitch took Cleveland to three playoffs. His pinnacle season came in 1975-1976 when he lead his team, nicknamed “The Miracle of Richfield,” to the Eastern Conference Finals.

John "Hot Rod" Williams
Williams was selected by the Cavaliers in the 1985 NBA Draft with the 21st pick of the second round. After being ineligible to play for the year, he was named to the NBA all-rookie team in the 1986-1987 season with teammates Ron Harper and Brad Daugherty. Williams spend nine seasons with the Cavaliers. He died on Dec. 15, 2015 at the age of 53 after a battle with colon cancer.

Nick Mileti
Cleveland’s own, Mileti is the founder of the Cavaliers. The sports entrepreneur led a group that purchased the ownership rights to the Cavaliers in 1970 to enter the league as an expansion team. Throughout his years as an owner, Mileti owned the Cavaliers, the Indians, the Crusaders, the Cleveland Arena, the Coliseum at Richfield and radio station “3WE,” now WTAM.

The inductees were invited to a private induction ceremony ahead of Sunday's game against the 76ers. The inductees who have passed away were represented by their families.

Without Mileti there would be no Cleveland Cavaliers, so the team did something extra special to honor the founder Sunday during halftime of the game.

Campy Russell, who played on the Miracle of Richfield team and is a part of the Cavaliers broadcast team, gifted Mileti with a 2016 NBA championship ring in an emotional halftime celebration.

He brought us into The League.
He paved the way.

“All I can say is it has been an honor to be associated with people with this much class,” Mileti said