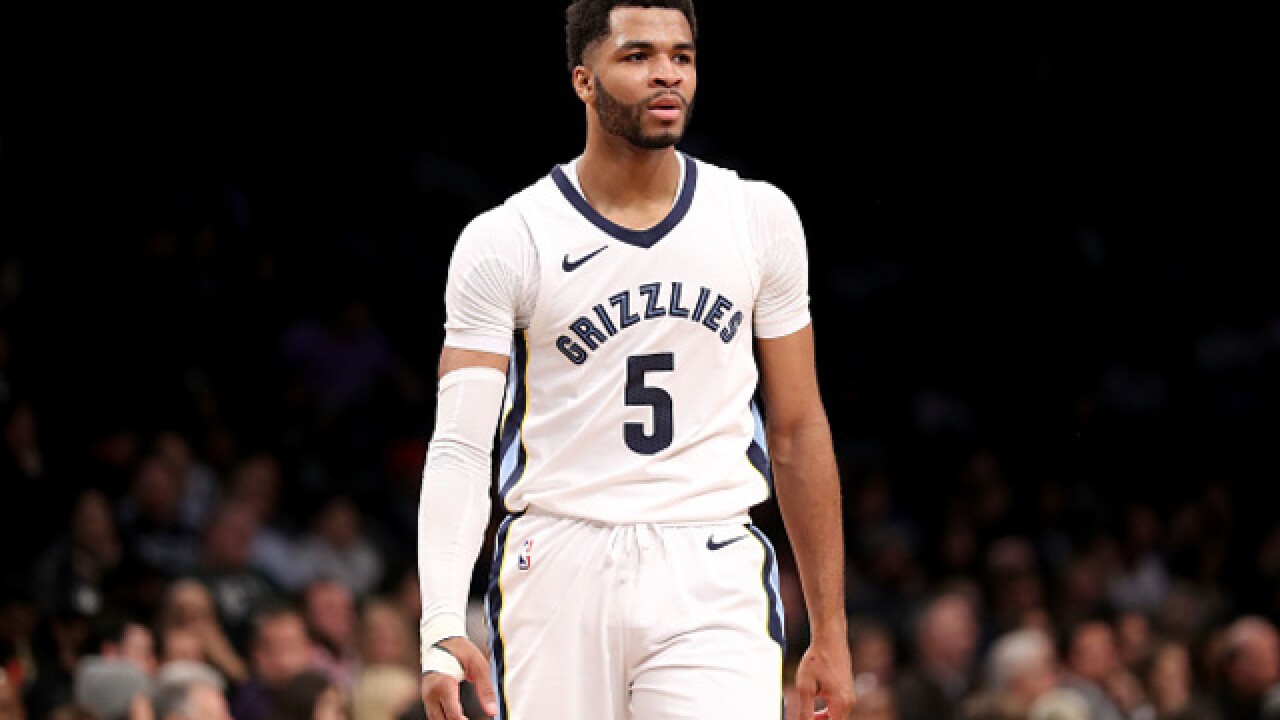 Copyright 2018 Scripps Media, Inc. All rights reserved. This material may not be published, broadcast, rewritten, or redistributed.
Abbie Parr
<p>NEW YORK, NY - MARCH 19: Andrew Harrison #5 of the Memphis Grizzlies reacts in the fourth period against the Brooklyn Nets during their game at Barclays Center on March 19, 2018 in the Brooklyn borough of New York City. NOTE TO USER: User expressly acknowledges and agrees that, by downloading and or using this photograph, User is consenting to the terms and conditions of the Getty Images License Agreement. (Photo by Abbie Parr/Getty Images)</p>

The Cleveland Cavaliers have signed guard Andrew Harrison on a two-way contract to the team, according to the Cavaliers.

Harrison was waived by the Memphis Grizzlies last week.

Cleveland will keep Harrison on the NBA roster as long as he's with the franchise.  Harrison was originally selected by the Phoenix Suns with the 44th overall pick in the 2015 NBA draft.

Harrison can spend 45 days with the Cavs before the team has to convert him to an NBA deal.

The Cavaliers waived guard John Holland to make room on the roster.