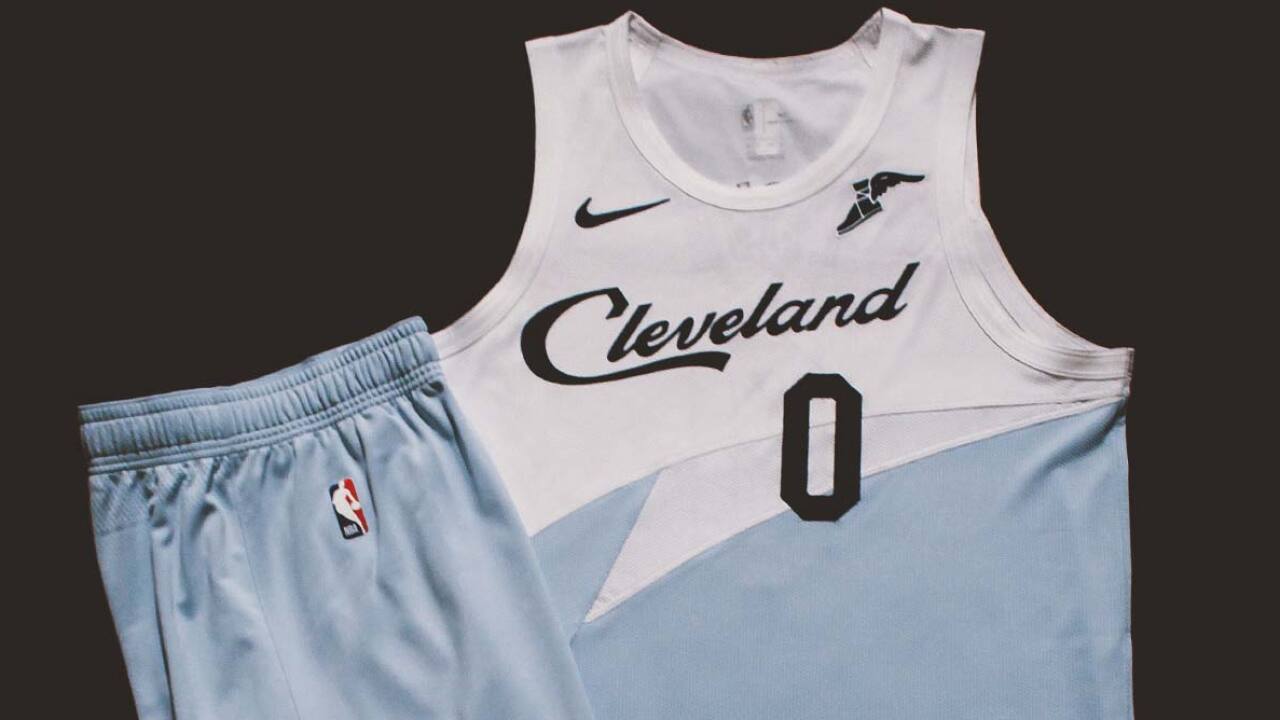 CLEVELAND — The Cleveland Cavaliers unveiled Wednesday their Nike Earned Edition uniform, which will be worn by all 16 NBA teams that qualified or "earned" a trip to last season's NBA playoffs.

Similar to the orange and blue City Edition uniforms that were introduced in November, the white and powder blue reflects the wave patterns of Lake Erie. The color palette represents the change of steasons as winter weather grips the region and transforms Lake Erie from water to ice.

The jersey has several features, which include a jock tag on the lower left front of the jersey, which reads " 1 out of 5 greats," in reference to Lake Erie being a part of the five Great Lakes.

The back of the jersey features the player's name and number and a small square patch with the number "1" inside a Larry O'Brien trophy to represent the team's NBA Championship in 2016.

The Cavs will wear the Earned Edition for three home games at Quicken Loans area on Jan. 2 vs. the Miami Heat, Jan. 29 vs. the Washington Wizards and on Feb. 2 when the team faces the Dallas Mavericks.

If you want to rock these jerseys, fans can purchase them on Dec. 19 at 10 a.m. at the Cavaliers Team Shop at Quicken Loans Arena and online at Cavs.com/shop.