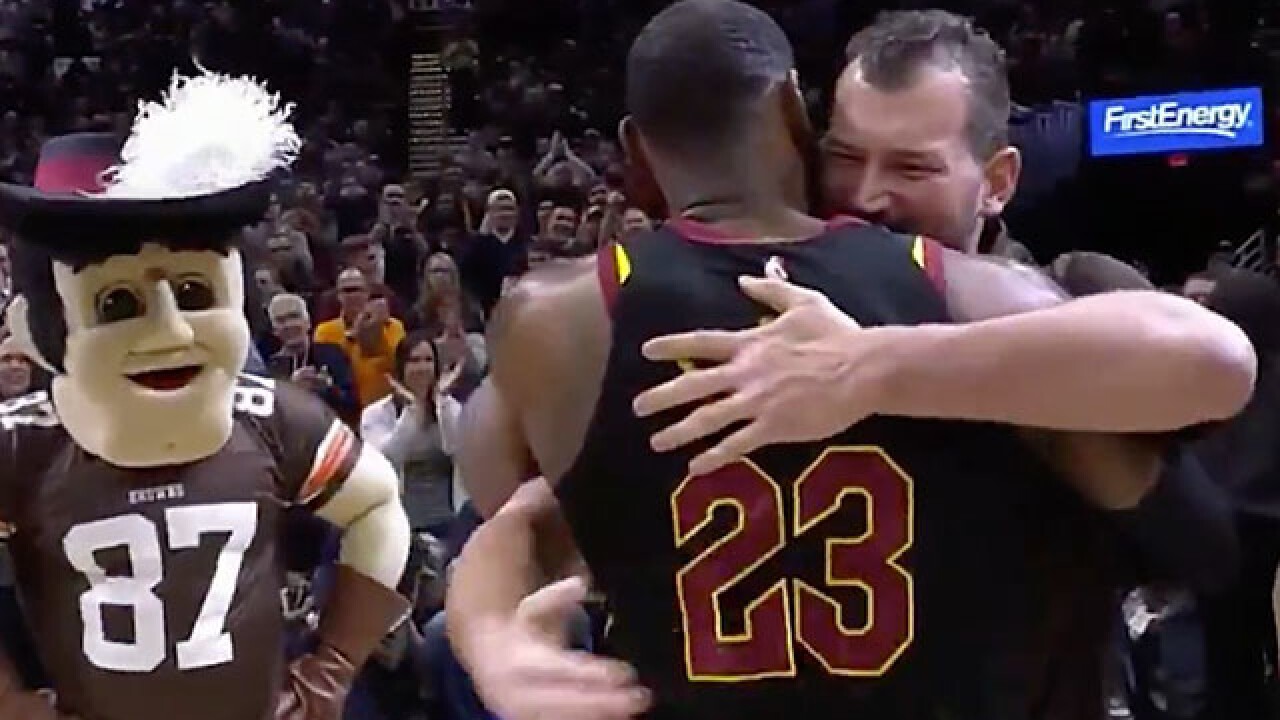 Quick to come to the sidelines was another Cleveland legend, LeBron James who gave Thomas a big bear hug.

A standing ovation from The Q, a bear hug from @KingJames.

When Thomas announced his retirement, James was quick to show his support for the beloved Browns player who played a total of 11 seasons for the team.

Helleva career @joethomas73!!! Next stop Canton for you brother!! 🧥 https://t.co/QtoT0DKUwP

Following his retirement, Thomas expressed his appreciation to fans and the entire team in a full page ad in the Plain Dealer.

"My pride and excitement to be a Cleveland Brown never wavered, no matter what," Thomas said.