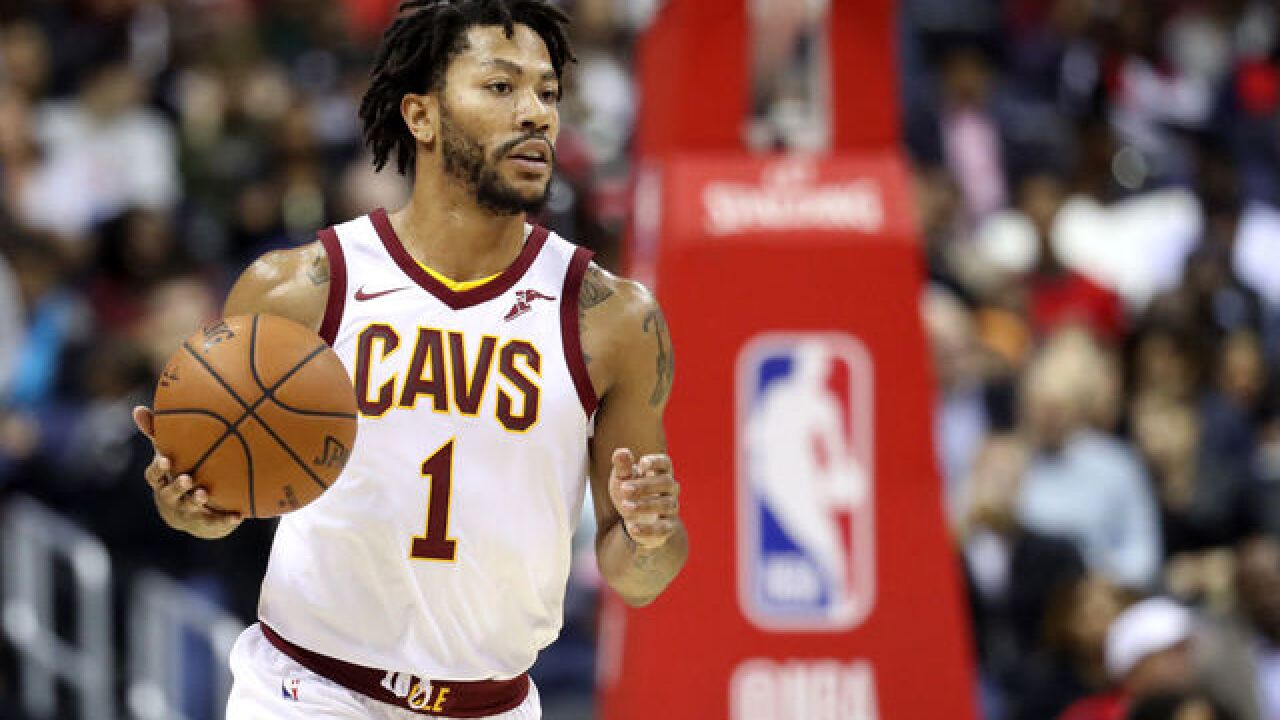 Copyright 2018 Scripps Media, Inc. All rights reserved. This material may not be published, broadcast, rewritten, or redistributed.
Rob Carr
WASHINGTON, DC - NOVEMBER 3: Derrick Rose #1 of the Cleveland Cavaliers dribbles the ball against the Washington Wizards at Capital One Arena on November 3, 2017 in Washington, DC. NOTE TO USER: User expressly acknowledges and agrees that, by downloading and or using this photograph, User is consenting to the terms and conditions of the Getty Images License Agreement. (Photo by Rob Carr/Getty Images)

Derrick Rose is returning to the Cleveland Cavaliers.

Rose took some time away from the team on Nov. 9 to re-evaluate his future after experiencing several injuries.

The Cavs announced Monday that the guard will "resume the treatment and rehabilitation process for his left ankle injury at Cleveland Clinic Courts as the next step in his return to the team."

His status will be updated as appropriate when he reaches the point of returning to play, the team said.

On Saturday, Coach Tyronn Lue said there has been a positive dialogue between Rose and the organization.

“This has been a very challenging and difficult time for Derrick," said General Manager Koby Altman. "We will continue to provide him with support and have patience as he re-joins his teammates and works his way back on to the court.”

Rose, who signed a one-year, $2.1 million veteran's minimum deal to join the Cavs this season, has been debating on whether he wanted to return to the team or even continue an NBA career following a sprained ankle.

Rose injured the ankle Oct. 20 at Milwaukee and has missed several games.

So far, Rose has missed 16 of the Cavs' 23 games this season, according to ESPN.