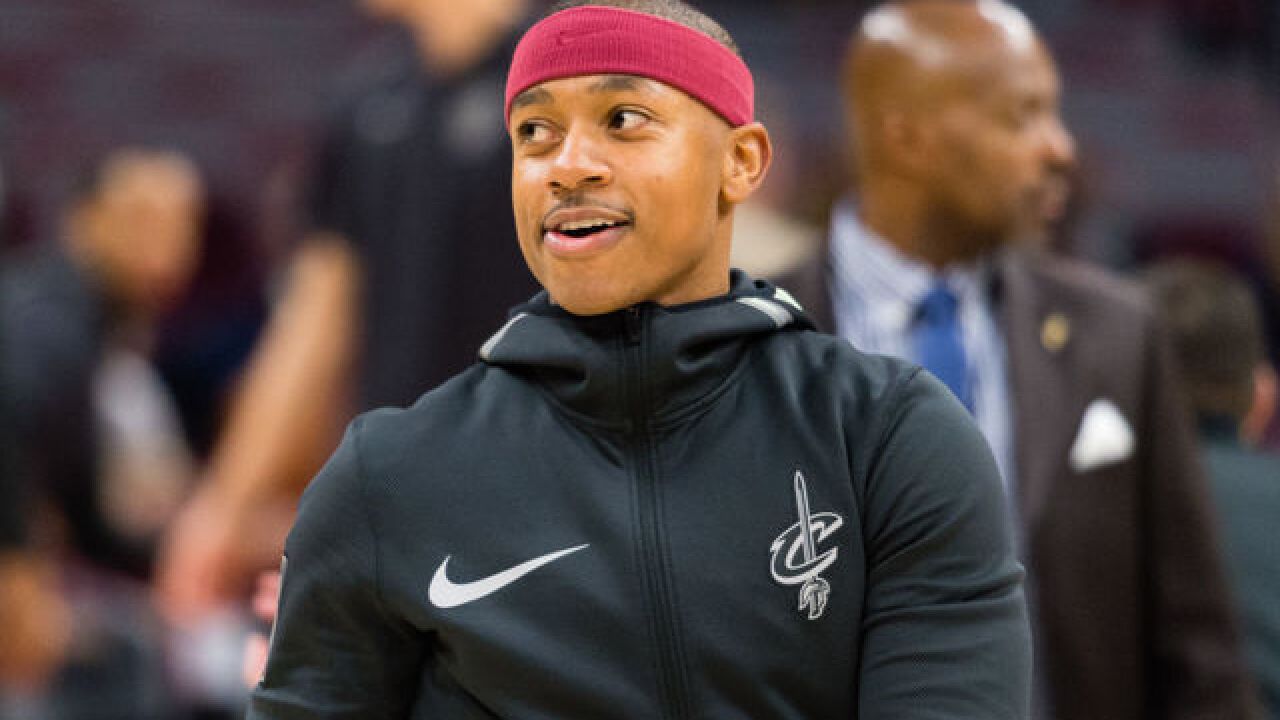 Copyright 2018 Scripps Media, Inc. All rights reserved. This material may not be published, broadcast, rewritten, or redistributed.
Jason Miller
CLEVELAND, OH - JANUARY 2: Isaiah Thomas #3 of the Cleveland Cavaliers warms up prior to the game against the Portland Trail Blazers at Quicken Loans Arena on January 2, 2018 in Cleveland, Ohio. NOTE TO USER: User expressly acknowledges and agrees that, by downloading and or using this photograph, User is consenting to the terms and conditions of the Getty Images License Agreement. (Photo by Jason Miller/Getty Images)

A person familiar with direct knowledge of the trade says the Cleveland Cavaliers are dealing guard Isaiah Thomas to the Los Angeles Lakers.

The person spoke to The Associated Press on condition of anonymity Thursday because the teams need NBA approval before the trade can be completed.

Thomas has not been a good fit with Cleveland while coming back from a hip injury and is leaving after playing just 15 games.

The person adds that Cleveland is also sending forward Channing Frye and one of their two first-round draft picks to the Lakers for point guard Jordan Clarkson and forward Larry Nance Jr.

The Cavs will keep the other first-round pick in the trade that sent Kyrie Irving to Boston last summer for Thomas.

ESPN was first to report the deal.

Following the Cavs' dramatic win over Minnesota on Wednesday night, Thomas said he liked it in Cleveland and was hoping he wouldn't be traded again.

Cleveland is sending Isaiah Thomas and Channing Frye to the Lakers for Clarkson and Nance, league source tells ESPN.