ESPN: Derrick Rose has stepped away from Cavaliers, future with team uncertain 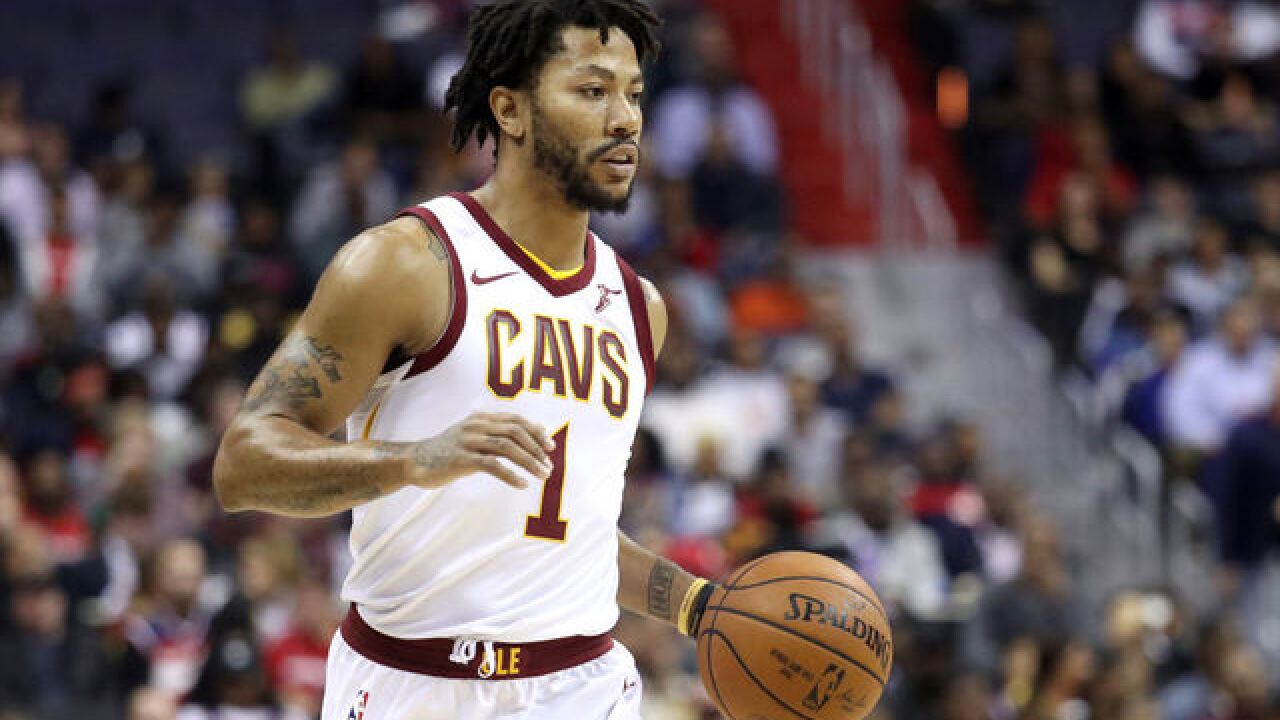 Copyright 2018 Scripps Media, Inc. All rights reserved. This material may not be published, broadcast, rewritten, or redistributed.
Rob Carr
WASHINGTON, DC - NOVEMBER 3: Derrick Rose #1 of the Cleveland Cavaliers dribbles the ball against the Washington Wizards at Capital One Arena on November 3, 2017 in Washington, DC. NOTE TO USER: User expressly acknowledges and agrees that, by downloading and or using this photograph, User is consenting to the terms and conditions of the Getty Images License Agreement. (Photo by Rob Carr/Getty Images)

Cavaliers guard Derrick Rose has stepped away from the team, ESPN reports.

According to ESPN , Rose is re-evaluating his future in the NBA.

League sources told ESPN the player has been "non-communicative to multiple people close to him inside and outside of the Cavaliers in recent days."

The 29-year-old has recently been dealing with an ankle injury.

Rose injured the ankle Oct. 20 at Milwaukee and has missed several games. The team said last week that Rose’s ankle will be immobilized for a week and he will undergo extended treatment “over the next two to three weeks.”

In his first season with Cleveland, Rose, whose promising career has been slowed by injuries in recent years, is averaging 14.3 points in seven games. The former league MVP signed with the Cavs as a free agent this summer after spending last season with the New York Knicks.