ESPN: Ty Lue to rejoin team as an observer for tonight's game 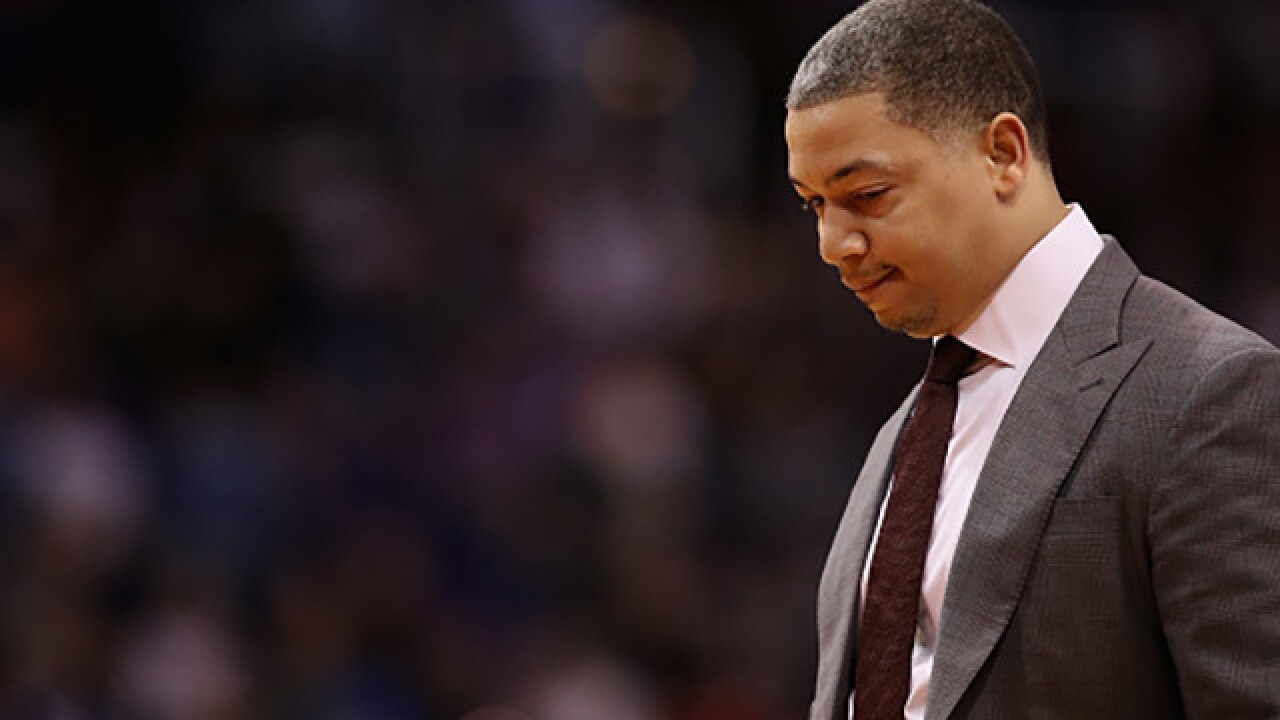 After announcing he was stepping back from his position as head coach for health reasons, Tyronn Lue is planning to rejoin the team as an observer against the New Orleans Pelicans on Friday, ESPN's Adrian Wojnarowski reports.

Sources told ESPN that Lue will not be coaching but rather easing back into his full-time coaching role.

This will be Lue's first time addressing the team since he left the Cavs on March 19 to focus on a prescribed routine and medication for his chest pains and other symptoms. LeBron James called Lue's return to the team "encouraging."