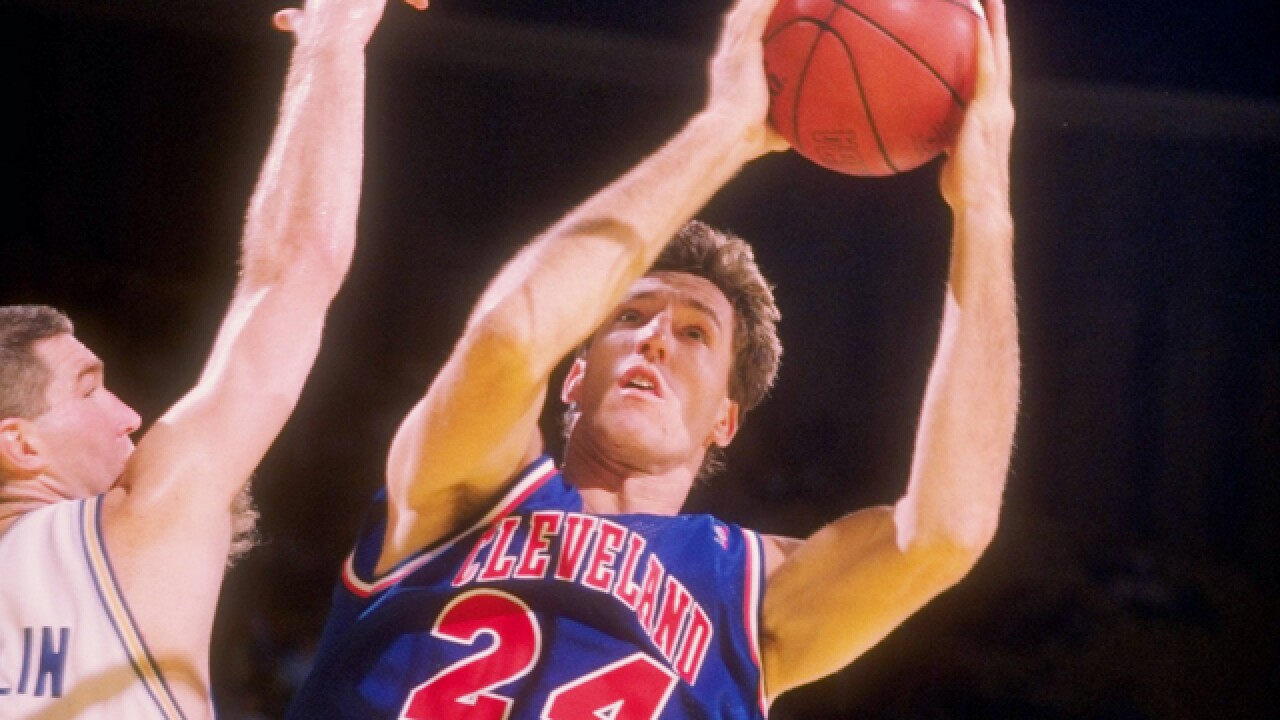 Copyright 2018 Scripps Media, Inc. All rights reserved. This material may not be published, broadcast, rewritten, or redistributed.
Ken Levine
<p>1989-1990: Center Chris Dudley of the Cleveland Cavaliers goes up for two during a game. Mandatory Credit: Ken Levine /Allsport</p>

Former Cavs center Chris Dudley was one of the men allegedly involved in a bar fight in Connecticut in the 1980s alongside Supreme Court nominee Brett Kavanaugh, according to reporting by the New York Times .

A witness to the fight, which occurred after a UB40 concert in 1985 during Kavanaugh’s junior year at Yale, said that Dudley threw a glass and hit a man in the ear after Kavanaugh allegedly threw ice on him “for some unknown reason.”

Dudley has reportedly denied the accusation.

Dudley played basketball for Yale, and began his NBA career with the Cavaliers from 1987 to 1990. In 2010, he was the Republican nominee for the Governor of Oregon.