Video: The inevitable 'Bron's Plan' parody of Drake's 'God's Plan' is here, and it's pretty good 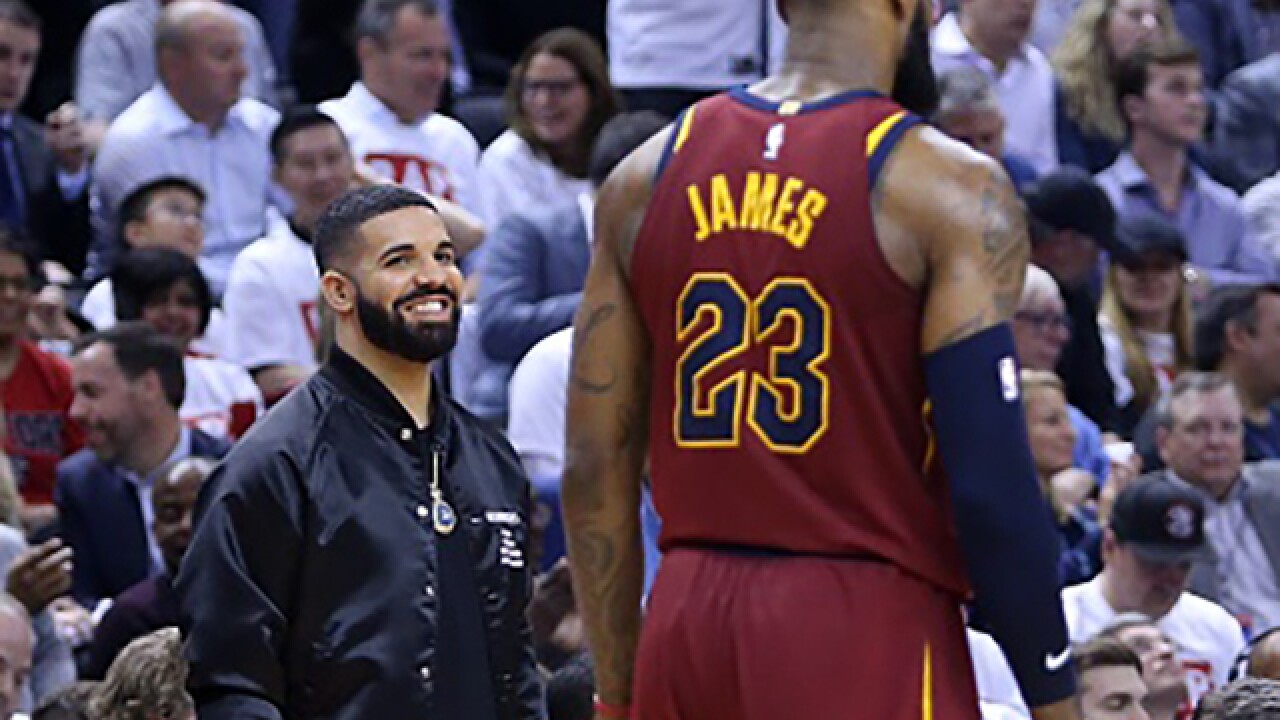 Image copyright 2018 Getty Images. All rights reserved. This material may not be published, broadcast, rewritten, or redistributed.
<p>Rapper Drake smiles at LeBron James #23 of the Cleveland Cavaliers in the second half of Game One of the Eastern Conference Semifinals against the Toronto Raptors during the 2018 NBA Playoffs at Air Canada Centre on May 1, 2018 in Toronto, Canada.</p>

The parody mentions "All ya'll making me look bad. LBJ you make me sad," referring to the Raptors' playoff loss and the friendly rivalry between Drake and LeBron.