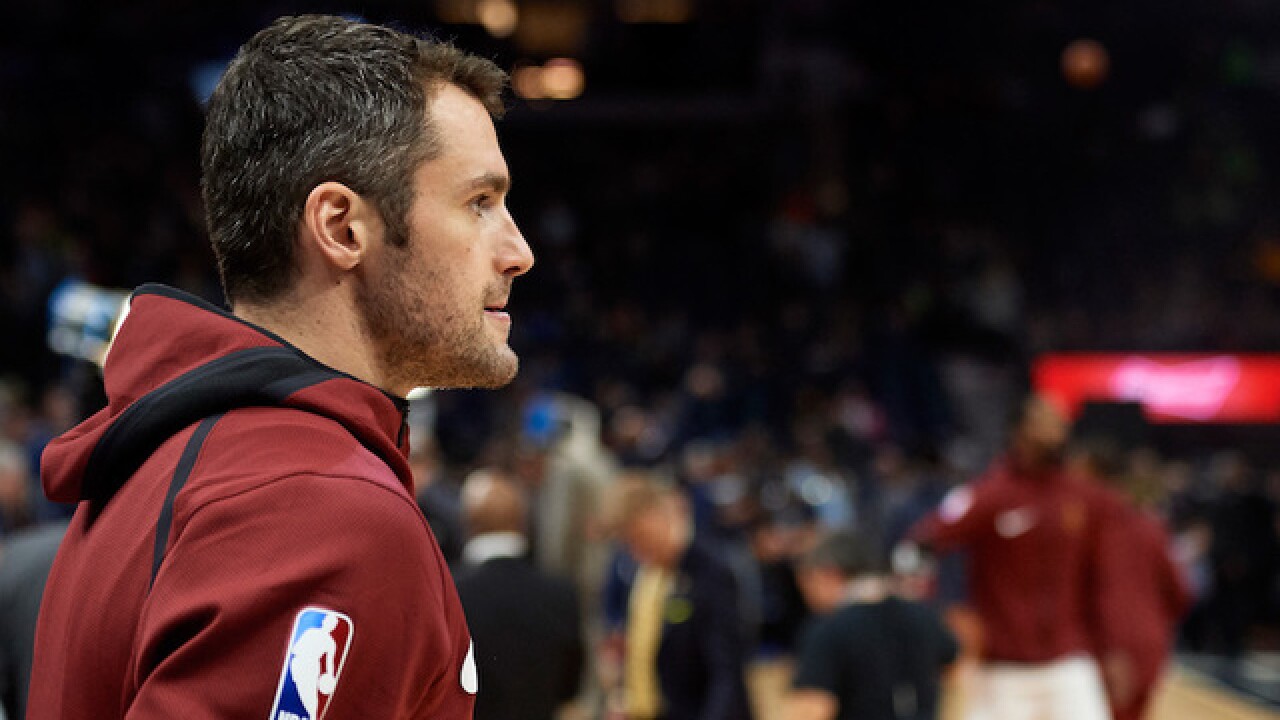 Copyright 2018 Scripps Media, Inc. All rights reserved. This material may not be published, broadcast, rewritten, or redistributed.
Hannah Foslien
<p>MINNEAPOLIS, MN - OCTOBER 19: Kevin Love #0 of the Cleveland Cavaliers looks on before the game against the Minnesota Timberwolves on October 19, 2018 at the Target Center in Minneapolis, Minnesota. The Timberwolves defeated the Cavaliers 131-123. NOTE TO USER: User expressly acknowledges and agrees that, by downloading and or using this Photograph, user is consenting to the terms and conditions of the Getty Images License Agreement. (Photo by Hannah Foslien/Getty Images)</p>

All-Star forward Kevin Love will be out for about six weeks after undergoing successful surgery to address continued “left foot symptoms,” according to the Cavaliers.

Love will undergo an extended period of treatment and rehabilitation after the surgery Friday at the Hospital for Special Surgery in New York City.

“I would like to get back obviously as soon as possible,” said Love told the Associated Press. “I had high hopes for the season, I know it’s been off to a really rocky start, but the more I can be out there and help this team, the better. So I’m hoping to get out there as quickly as possible and hoping that it’s only two or three weeks.”