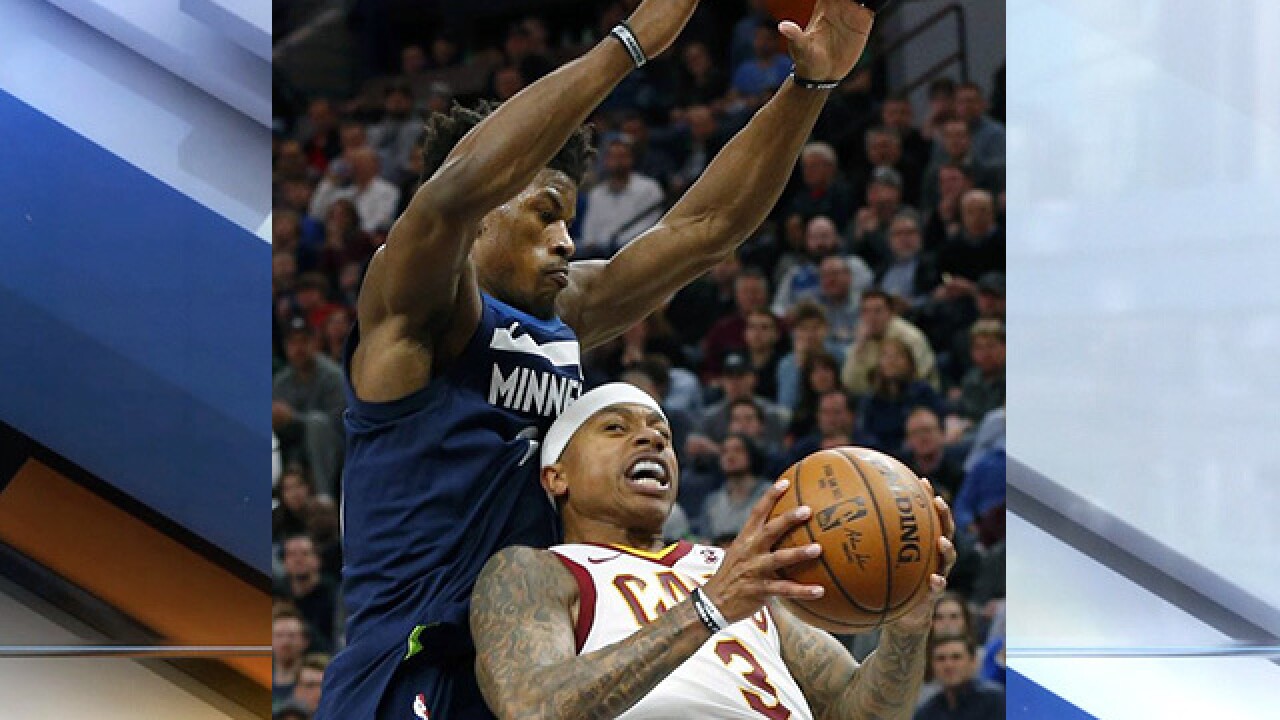 Cleveland Cavaliers guard Isaiah Thomas has been fined $20,000 by the NBA for striking Minnesota Timberwolves forward Andrew Wiggins in the throat.

The punishment was announced Wednesday by Kiki VanDeWeghe, the league’s executive vice president for basketball operations.

The incident occurred with 6:47 remaining in the third quarter of the Cavaliers’ 127-99 loss to the Timberwolves on Monday night in Minneapolis.

Thomas clotheslined Wiggins in the jaw as he drove to the basket. He was ejected for a flagrant-two foul. He said afterward it was an accident and that he was glad Wiggins was all right.

Wiggins had 25 points in three quarters. Thomas, still on a playing-time restriction coming off a hip injury, had nine points in 19 minutes.