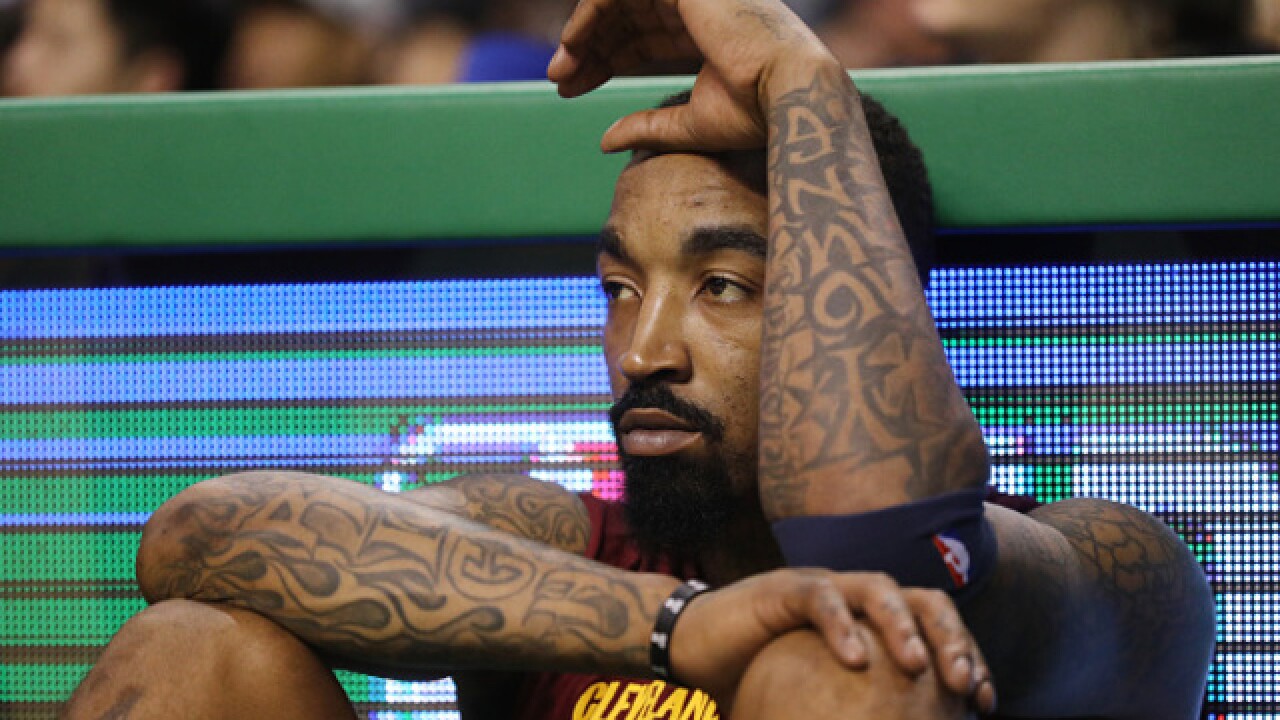 Image copyright 2018 Getty Images. All rights reserved. This material may not be published, broadcast, rewritten, or redistributed.
Maddie Meyer
<p>BOSTON, MA - MAY 13: JR Smith #5 of the Cleveland Cavaliers reacts from the bench late in the fourth quarter in his teams loss to the Boston Celtics in Game One of the Eastern Conference Finals of the 2018 NBA Playoffs at TD Garden on May 13, 2018 in Boston, Massachusetts. The Boston Celtics defeated the Cleveland Cavaliers 108-83. (Photo by Maddie Meyer/Getty Images)</p>

JR Smith was honest when asked if he wanted a trade from the Cleveland Cavaliers.

His response? "Yeah. They know. They don't want me here, so they obviously know," ESPN reports.

The Cavs informed Smith Tuesday that for the second time this season, he would be removed from the rotation and not receive guaranteed playing time, according to ESPN.

Smith denied reports on Twitter Wednesday, saying he chose to stay with the team.

False! They gave me the option an I chose to stay! https://t.co/MMjMDiUdHA

The 33-year-old veteran player, who is making $14.7 million this season, hasn't played more than 20 minutes in a game this season. He has two more years left on his contract.

During his time in Cleveland, Smith has had some infamous moments, including being suspended for allegedly throwing soup at an assistant coach, to his blunder in Game 1 of the NBA Finals that became a meme and made national headlines.