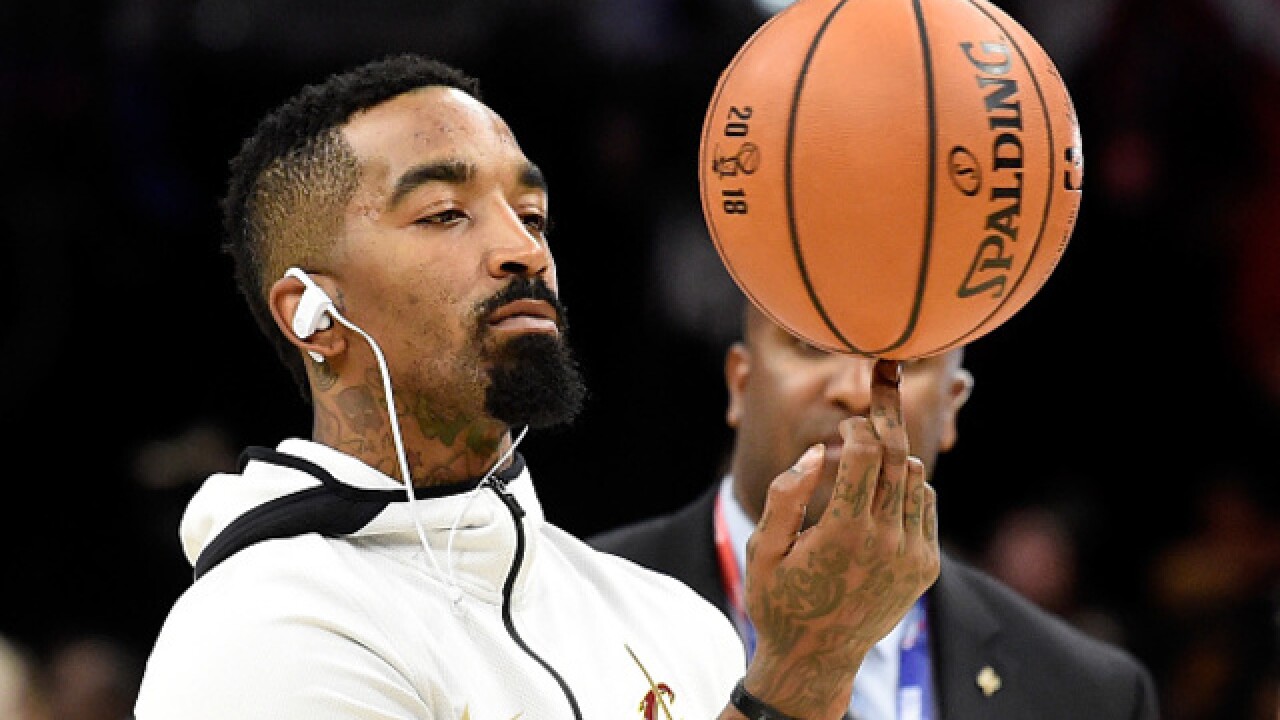 Image copyright 2018 Getty Images. All rights reserved. This material may not be published, broadcast, rewritten, or redistributed.
Jason Miller
<p>CLEVELAND, OH - JUNE 08: JR Smith #5 of the Cleveland Cavaliers warms up before Game Four of the 2018 NBA Finals against the Golden State Warriors at Quicken Loans Arena on June 8, 2018 in Cleveland, Ohio. NOTE TO USER: User expressly acknowledges and agrees that, by downloading and or using this photograph, User is consenting to the terms and conditions of the Getty Images License Agreement. (Photo by Jason Miller/Getty Images)</p>

JR Smith isn't afraid to speak out about how he feels. This was particularly evident after he responded to the NBA threatening to discipline him for a tattoo he got on his right calf.

Smith said the league would fine him if he didn't cover up a tattoo he got of the logo Supreme— a New York-based clothing company.

"So I was informed today that I would be fined every game if I don't cover up my 'SUPREME TATTOO' on my legs during games!!" Smith wrote on his Instagram. "These people in the league office are something else!"

Smith finished the post with a middle finger emoji.

ESPN's Darren Rovell spoke to an NBA spokesperson on the tattoo policy and said "NBA rules prohibit players from displaying any commercial logos or corporate insignia on their body or in their hair.”

JR Smith got a Supreme tattoo. He now says the league has threatened to fine him each game he doesn’t cover it. The NBA has long contended they own the athlete’s skin while on the court. Been that way since Rasheed tried to get a Nestle tattoo in 2001. pic.twitter.com/vSjovZnGeU