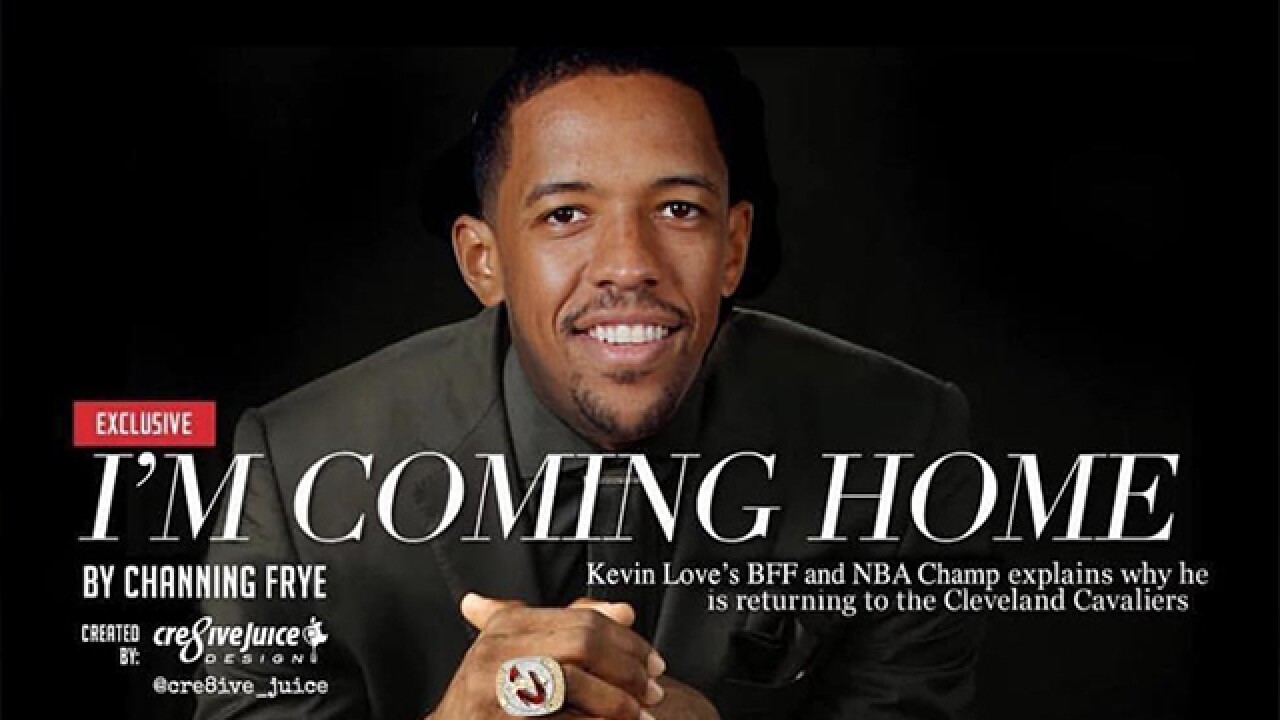 Copyright 2018 Scripps Media, Inc. All rights reserved. This material may not be published, broadcast, rewritten, or redistributed.
<p>Courtesy: @kevinlove/Instagram</p>

Channing Frye is coming back to Cleveland. (Cue "Coming Home" by Diddy.)

Frye is returning to the Cleveland Cavaliers after he was moved in a trade package that included Isaiah Thomas to the Los Angeles Lakers in February. He was part of the 2016 Cavs championship team and has agreed to a one-year, $2.4 million deal.

Kevin Love got in on the fun posting a meme of a cover photo for a mock exclusive on Frye's return. The headline "I'm Coming Home" gives way to the sub-headline, "Kevin Love's BFF and NBA Champ explains why he is returning to the Cleveland Cavaliers."

@channingfrye saw this and had to do it...