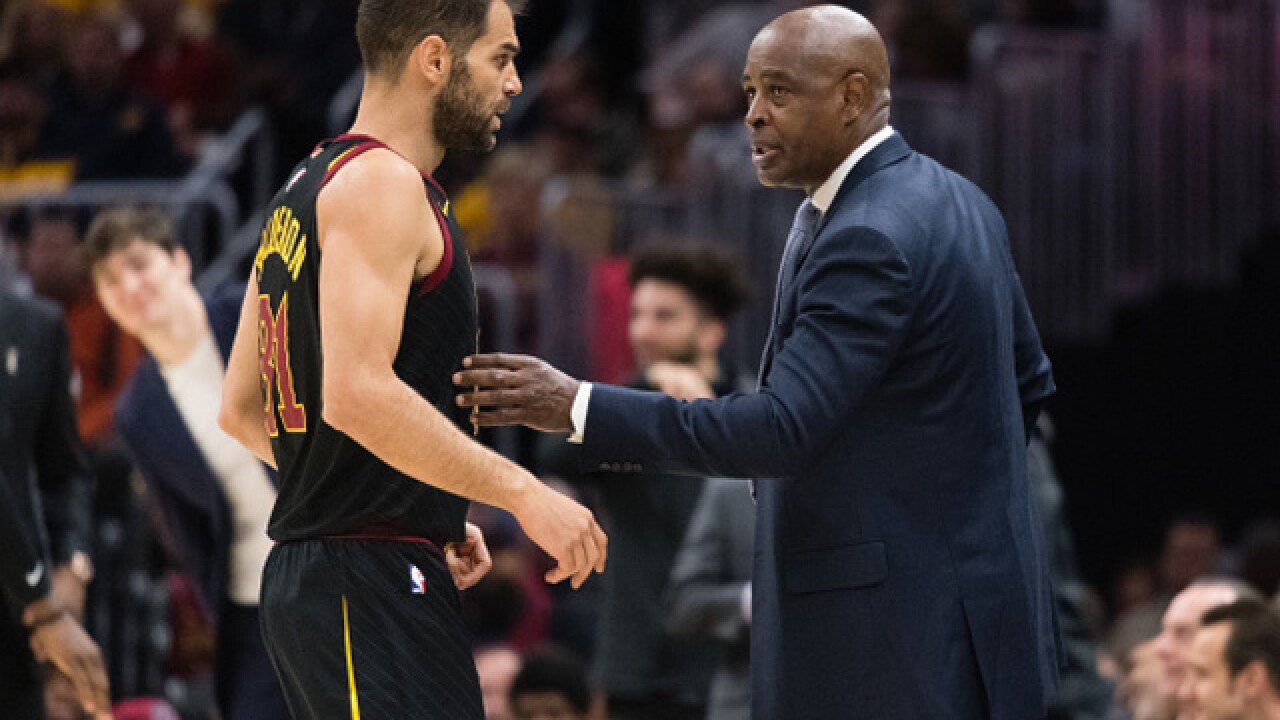 Copyright 2018 Scripps Media, Inc. All rights reserved. This material may not be published, broadcast, rewritten, or redistributed.
Jason Miller
<p>CLEVELAND, OH - MARCH 19: Jose Calderon #81 talks with interim head coach Larry Drew of the Cleveland Cavaliers during the second half against the Milwaukee Bucks at Quicken Loans Arena on March 19, 2018 in Cleveland, Ohio. The Cavaliers defeated the Bucks 124-117. NOTE TO USER: User expressly acknowledges and agrees that, by downloading and or using this photograph, User is consenting to the terms and conditions of the Getty Images License Agreement. (Photo by Jason Miller/Getty Images)</p>

“We are pleased to have reached this agreement with Coach Drew to continue leading the team on the court. He brings important experience and many qualities that we expect to translate well with our team as the head coach,” said Altman. “We’re looking forward to the ways he can impact the team and help our players continue to grow and find success.”

Drew and the Cavs have agreed on a deal for the rest of the season and a partial guarantee for next season. Cleveland can decide to keep him or he will get a buyout payment should they decide to move on to a new coach, ESPN reports.

Drew will be the head coach for rest of this season and has an agreement for 2019-20 if Cavs choose to keep him — or will get a buyout payment should team decide to move on to a new coach, sources said. https://t.co/Jseeh7U20U

He was named associated head coach for the Cavaliers in September of 2016. He spent his first two seasons with Cleveland as an assistant coach from 2014-2016.

Before coming to Cleveland, Drew served as the head coach of the Milwaukee Bucks in 2013-14. Prior to that, he was head coach of the Atlanta Hawks from 2010 through 2013, where he compiled a 128-102 (.557) overall record and led the Hawks to the postseason in each of his three campaigns on the bench.