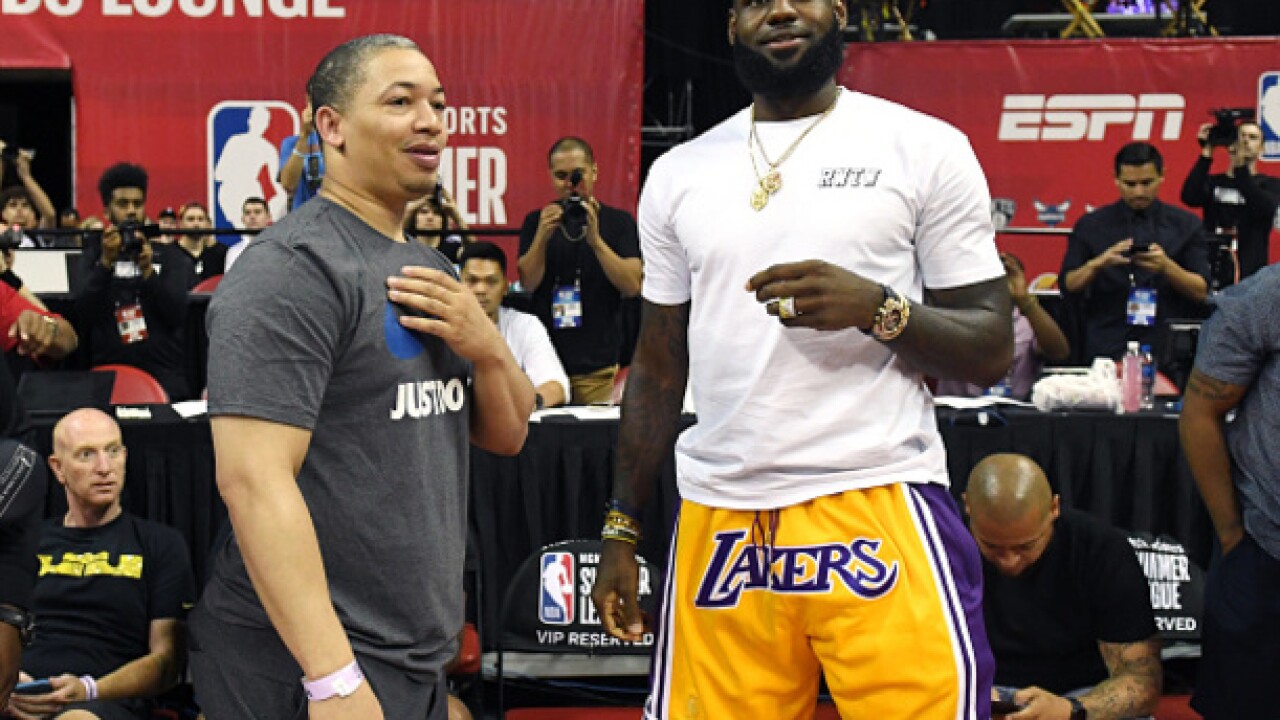 Image copyright 2018 Getty Images. All rights reserved. This material may not be published, broadcast, rewritten, or redistributed.
Ethan Miller
<p>LAS VEGAS, NV - JULY 15: Head coach Tyronn Lue (L) of the Cleveland Cavaliers talks with LeBron James of the Los Angeles Lakers after a quarterfinal game of the 2018 NBA Summer League between the Lakers and the Detroit Pistons at the Thomas & Mack Center on July 15, 2018 in Las Vegas, Nevada. NOTE TO USER: User expressly acknowledges and agrees that, by downloading and or using this photograph, User is consenting to the terms and conditions of the Getty Images License Agreement. (Photo by Ethan Miller/Getty Images)</p>

It was all smiles between LeBron James and Tyronn Lue on Sunday as the two had a postgame exchange at the Thomas & Mack Center for the NBA Summer League.

James was spotted sitting courtside as the Lakers played against the Pistons, which preceded the Cavs' matchup against the Toronto Raptors.

Immediately after the Lakers' win, Lue walked over to James for a friendly hello.

It's been two weeks after James announced he was taking his talents to the Lakers. The two shared a hug before James left the arena.

James was wearing Lakers shorts and was greeted with a standing ovation from Lakers fans.