LeBron dismisses story linking him to Warriors as 'nonsense' 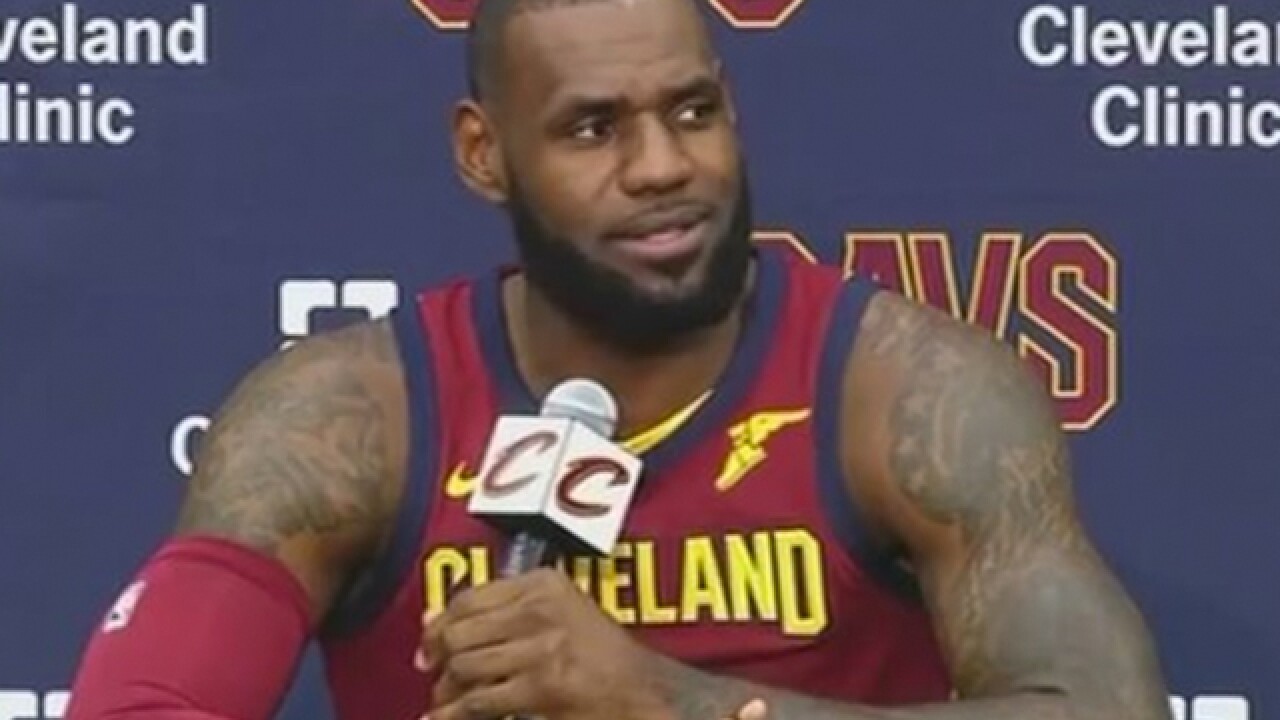 LeBron James says any thought about him being interested in playing for the Golden State Warriors is "nonsense."

On Thursday, ESPN, citing anonymous sources, reported James would consider meeting with the NBA champions this summer when he can opt out of his contract and be a free agent. James said he initially laughed at the report and then became upset because it questions "what I'm trying to do here. It's a discredit to my teammates and the coaching staff here."

James understands there will always be speculation about his future, but any link to the Warriors is a "non-story."

The 33-year-old said reports about him undermine his attempt to get the Cavs to a fourth straight NBA Finals. James and the Cavs have played Golden State in the past three Finals.

James has said he intends to play the rest of his career in Cleveland, but that hasn't slowed speculation about his next move.