LeBron James congratulates himself ahead of joining NBA's 30,000-point club 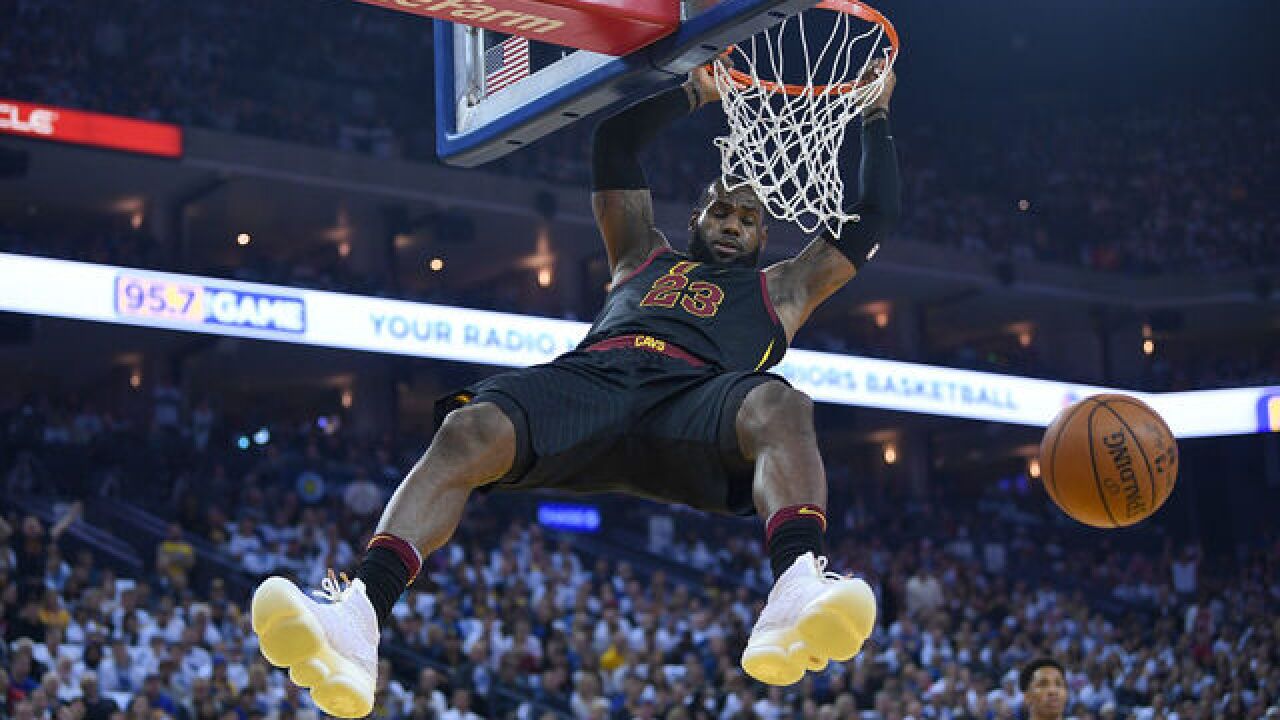 Copyright 2018 Scripps Media, Inc. All rights reserved. This material may not be published, broadcast, rewritten, or redistributed.
Thearon W. Henderson
OAKLAND, CA - DECEMBER 25: LeBron James #23 of the Cleveland Cavaliers hangs onto the rim after a slam dunk against the Golden State Warriors during an NBA basketball game at ORACLE Arena on December 25, 2017 in Oakland, California. NOTE TO USER: User expressly acknowledges and agrees that, by downloading and or using this photograph, User is consenting to the terms and conditions of the Getty Images License Agreement. (Photo by Thearon W. Henderson/Getty Images)

Just seven points shy of 30,000, LeBron James was the first to congratulate himself ahead of his expected accomplishment during Tuesday night's game against the Spurs.

"Wanna be one of the first to Congratulate you on this accomplishment/achievement tonight that you'll reach!" James wrote along with a photo of his younger self on Instagram Tuesday morning.

Wanna be one of the first to Congratulate you on this accomplishment/achievement tonight that you’ll reach! Only a handful has reach/seen it too and while I know it’s never been a goal of yours from the beginning try(please try) to take a moment for yourself on how you’ve done it! The House you’re about to be apart of has only 6 seats in it(as of now) but 1 more will be added and you should be very proud and honored to be invited inside. There’s so many people to thank who has help this even become possible(so thank them all) and when u finally get your moment(alone) to yourself smile, look up to the higher skies and say THANK YOU! So with that said, Congrats again Young King 🤴🏾! 1 Love! #striveforgreatness🚀 #thekidfromakron👑

In his message to himself, James reminded himself to thank all the people who helped him with this accomplishment and to take a moment for himself.

The post received mixed reviews, with some joining in the congratulating and acknowledging James' right to be proud of himself. Others questioned his audacity to publicly congratulate himself.