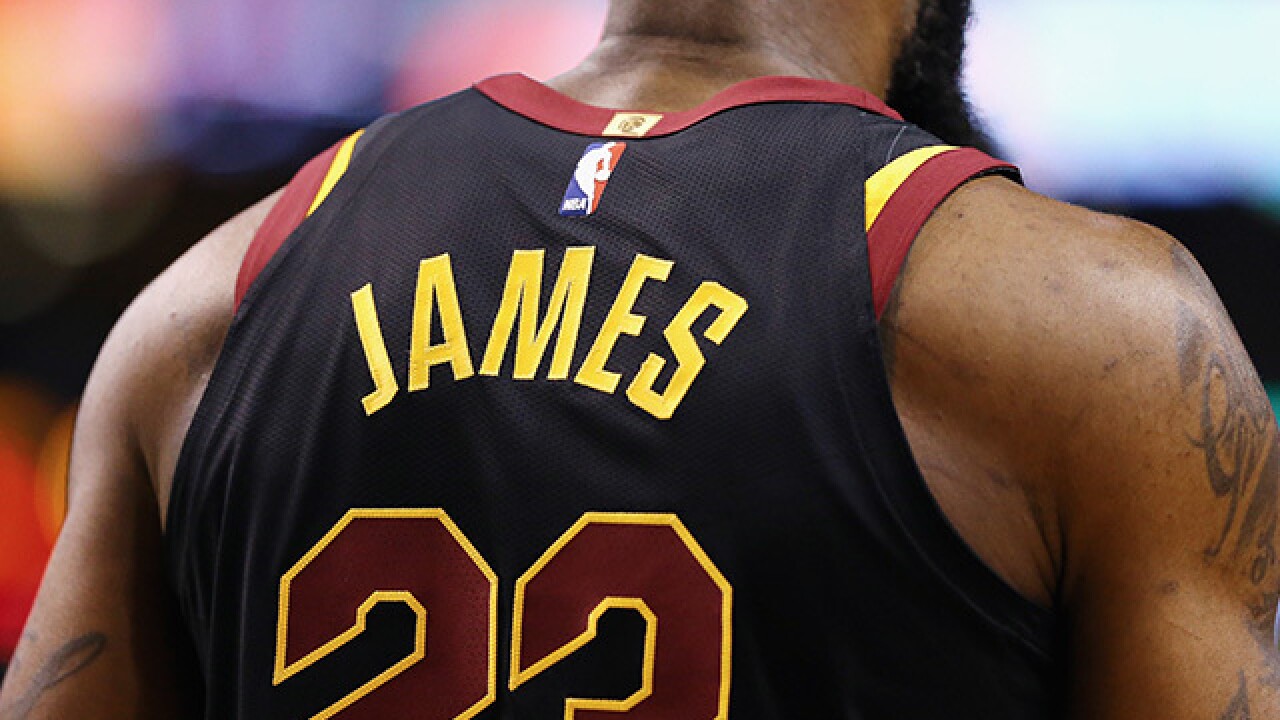 Copyright 2018 Scripps Media, Inc. All rights reserved. This material may not be published, broadcast, rewritten, or redistributed.
<p>Getty Images</p>

There, we said it.

While the Cavaliers face daunting odds with a 3-0 deficit to the Warriors in the NBA Finals, James has clearly exhibited why he should win his fourth Finals MVP honor.

He has some support
Eleven selected media members vote upon the annual award during the clinching game, and there is a media contingent that has made the case publicly to see James get the recognition. The storyline continues to grow as Game 4 approaches Friday night (9 p.m., News 5).

There is precedent for a losing NBA Finals MVP: Jerry West in ‘69. OK, LA did go 7. But so far it is LeBron. Let’s get serious.

“Just give LeBron (the) Finals MVP right now,” ESPN reporter Tim MacMahon tweeted May 31. “I don’t care if the Cavs get swept.”

Why LeBron deserves the MVP
The length of the Cavs-Warriors series may certainly go against James, especially if Golden State wraps it up tonight. But James’ peers know what he’s meant to the Cavs all postseason.

Barring another memorable performance Friday night by Durant (43 points in Game 3) or Stephen Curry (33 points and an NBA Finals-record nine 3-pointers in Game 2) - James should be lauded on his home court as the best player and the most valuable during these NBA Finals in what could be his final time in a Cavs uniform.

James continued to build his case Wednesday night. He had 33 points, 11 assists and 10 rebounds for his 10th triple-double in the NBA Finals, extending his record. Magic Johnson ranks second with eight Finals triple-doubles.

Wednesday marked the fifth time that James had a triple-double with 30-plus points in an NBA Finals game. That’s more games of that kind than everyone else in Finals history combined (one apiece for West, James Worthy, Charles Barkley and Curry), according to NBA.com.

James recorded his 110th playoff game with 30 or more points, passing Michael Jordan (109) for the most in NBA postseason history.

James has 113 points through three games during this series. He’s ranked second in points and steals, third in assists and fifth in rebounds in Finals history. He is also fifth on the all-time NBA Finals rebounding list, passing former Celtics forward Tom Heinsohn (473).

When James scored 51 points in Game 1, he became just the sixth player in NBA history to score at least 50 points in a Finals game and the first since Jordan scored 55 points on June 16, 1993 at Chicago Stadium.

James is the first player to post a stat line of at least 51 points, eight rebounds and eight assists in a Finals game.

“This right here is just a testament to what he’s been doing all year,” Cavs coach Tyronn Lue said after Game 1. “He puts in the work. He takes care of his body. He’s always doing the right thing. …Just showing the team on the biggest stage how you have to play to beat (the Warriors). He did a big job of that.”

A proper ending to an incredible season
James, who played all 82 regular-season games and 21 games this postseason, is completing his 15th season, and he’s also proved his durability – logging his 10,000th playoff minute during Game 3, becoming the first player in NBA history to reach the milestone.

By stepping onto the Quicken Loans Court Wednesday night, James passed Kareem Abdul-Jabbar for sole possession of fourth place on the NBA’s all-time list for games played in the postseason.

Postseason durability may not factor into the NBA Finals MVP criteria, but James has clearly established his legacy in NBA history. Years from now, we'll look back and say James was the best player in this series.

Why not recognize that now?