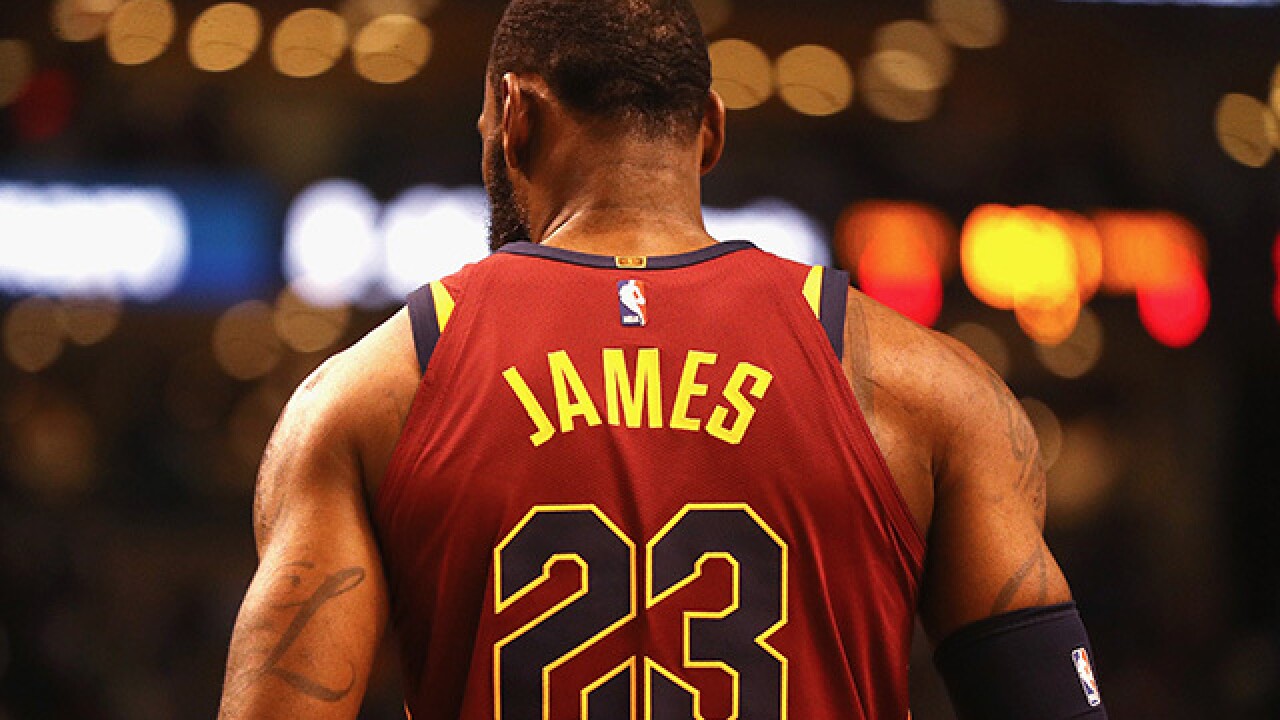 CLEVELAND -- LeBron James didn't think the Cleveland Cavaliers would be playing in the NBA Finals as of a few months ago.

He sat down with ESPN's Rachel Nichols to talk about the whirlwind of a season, going from the Kyrie Irving trade all the way to Game 7 against the Celtics in the Eastern Conference Final.

"I would be definitely lying to you if I said 'yes we would be in the Finals' in January or February," James said in the interview.

LeBron James sits down and opens up on the craziest season of his career, the months when he worried the Cavs wouldn't even make the playoffs (much less the Finals), why he didn't want Cleveland to trade Kyrie - plus his relationship with Owner Dan Gilbert. pic.twitter.com/baOWUcPoe6

LBJ talked about his growth over the years, a memorable conversation he had with Tim Duncan, and about having the odds stacked against him.

James also spoke on his relationship with ownership, and how he was not in favor of the decision to trade Kyrie Irving or the decision to part ways with GM David Griffin.

James and the Cavs take on the Golden State Warriors in the NBA Finals with Game 1's tip off scheduled for 9 p.m. on News 5 Cleveland.