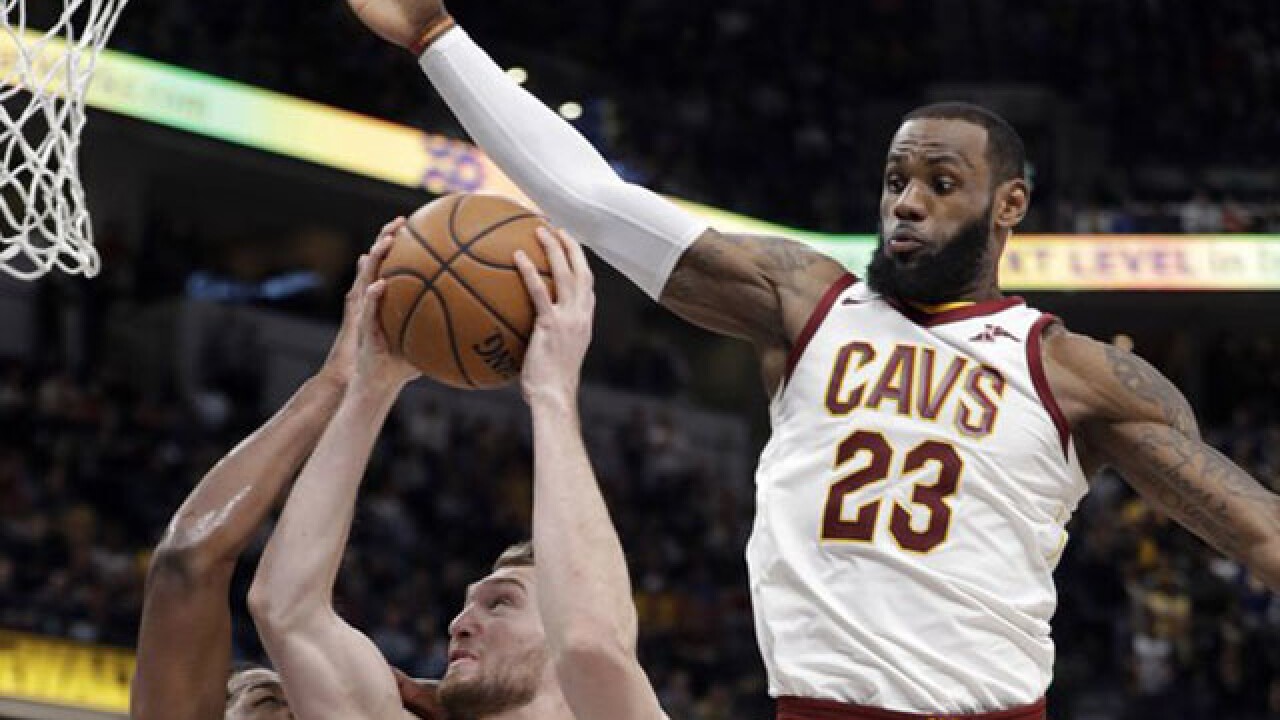 A life given for love.

“He had a vision and he took a bullet for all of us,” James said.

As he and the Cavaliers prepared Monday to host the defending champion Golden State Warriors, one of 11 games on the NBA’s holiday schedule, James said honoring King’s memory and message is more vital than ever.

“For us to stand here even though we’re trying to be divided right now by somebody, today is a great day for people to realize how America was built and how we all have to stand united in order to be one,” he said. “Especially as Americans because we believe, we all know and we all believe, this is the greatest country in the world.”

That “somebody” James was referring to is President Trump, whom the Cavaliers star has openly criticized in the past. While not saying Trump’s name, James again made he opposes some of the president’s rhetoric.

Trump is marking his first King holiday in office buffeted by claims he used a vulgarity to describe African countries and questioned the need to allow more Haitians into the U.S.

“The state of racism will never die, but what we cannot do is allow it to conquer us as people. We can’t allow it to divide us,” said James, the four-time league MVP. “The guy in control has given people and racism, and negative racism, an opportunity to be out and outspoken without fear. And that’s the fearful thing for us because it’s with you, and it’s around every day. But he’s allowed people to come out and just feel confident about doing negative things.

“We can’t allow that to stop us from continuing to be together and preach the right word of living and loving and laughing and things of that nature. Because would we want to live anywhere else? I don’t think so. We love this place.”

James applauded the league’s efforts to promote the legacy of the civil rights leader who was killed 50 years ago on a motel balcony in Memphis, Tennessee. James has visited the site of King’s slaying, calling the experience “very eerie and powerful.” The father of three said he looks forward to taking his kids there.

James says he tries to uphold King’s message of empowerment through his foundation.

“I hope I made him proud,” James said.

In 2016, James, along with fellow NBA stars and close friends Dwyane Wade, Chris Paul and Carmelo Anthony stood on stage at the ESPYs and delivered a speech to raise awareness for social change and action. James has the date — 07 13 2016 — written on his sneakers as a reminder of the speech.

“We are in a difficult state right now as Americans as well with the leader of our country,” he said. “But no matter the religion, no matter the shapes and sizes, we all have to continue to come together and shine a brighter light on ... I don’t want to use the word stupidity, but that’s basically what it comes down to.

“And because we’ve built such an incredible country and for us to be able to live free lives and be able to work and work together, no matter the color of skin tone or things of that nature. Or religion. And we have to continue that and that date, I put it on my shoes because it always reminds me of our conversation. The conversation of how to continue to keep people involved. And giving the youth an opportunity to be as creative and as aware as they can be.”