There's a GoFundMe to build a LeBron James statue in Akron 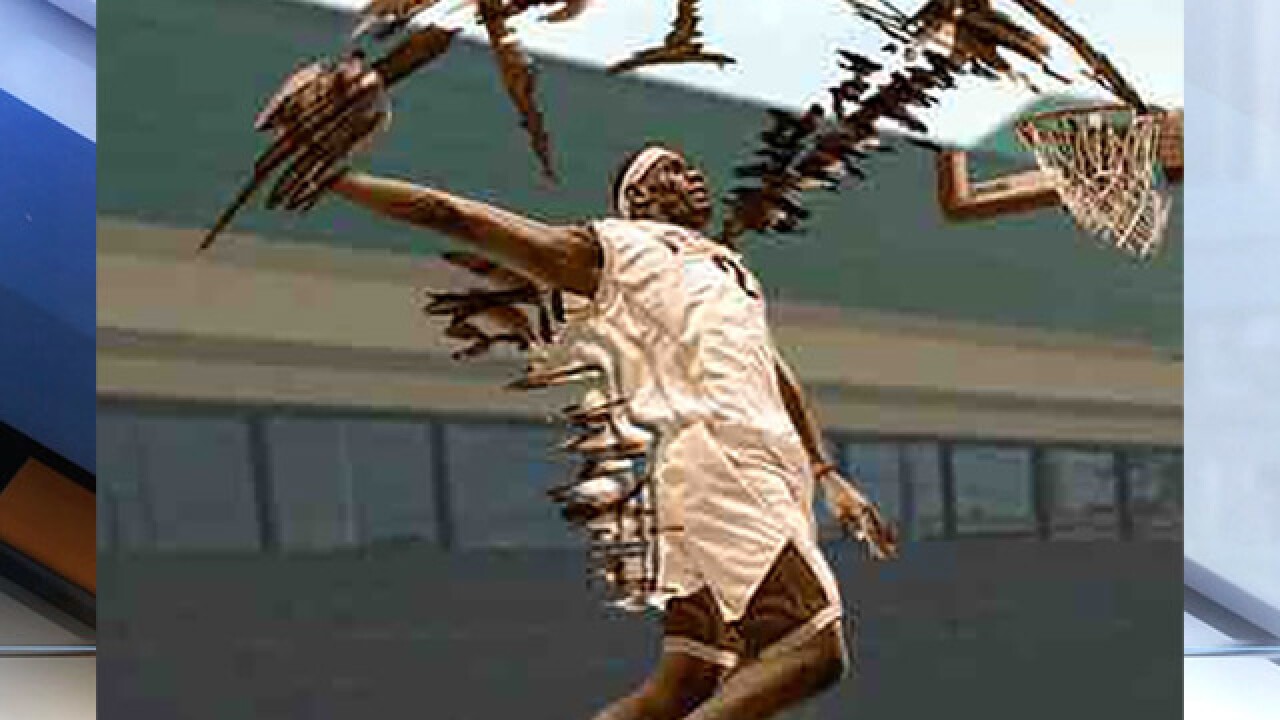 Copyright 2018 Scripps Media, Inc. All rights reserved. This material may not be published, broadcast, rewritten, or redistributed.
<p>Rendering of the statue of LeBron courtesy of the GoFundMe page set up to raise money for the statue.</p>

As the Cavaliers get ready for another game Monday night against the Celtics, one of LeBron James' fellow alumnus from St. Vincent-St. Mary High School is trying to raise money to honor the team's star player with a statue.

Aaron Carey, who attended the high school after LeBron, and was inspired by the star to play basketball there, has started a GoFundMe account with a $1 million goal to make and erect a life-size statue of LeBron in his hometown of Akron.

"First of all, thank you. It would be cool, not only for myself, but for my family and all the people that had anything to do with this journey thus far. So, just appreciative even of the thought, and that means a lot," LeBron said during Monday's shootaround.

According to the GoFundMe page, Carey already has help from the sculptor Omri Amrany, who created statues of iconic Los Angeles sports legends that stand outside the Staples Center in Los Angeles.

According to the Akron Beacon-Journal, the site of the statue has not been chosen. Carey told the Journal the most logical place would be outside the high school LeBron attended.