The Celtics' Marcus Morris is exactly who you thought he was 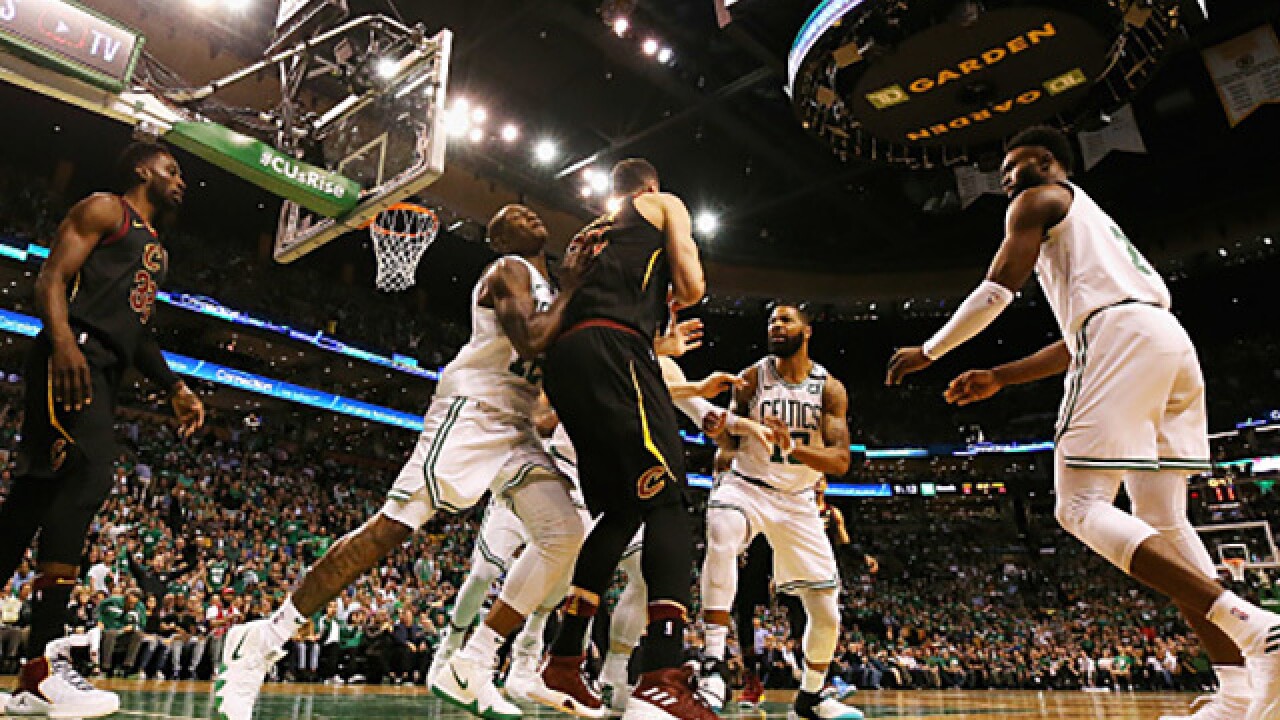 Image copyright 2018 Getty Images. All rights reserved. This material may not be published, broadcast, rewritten, or redistributed.
<p>BOSTON, MA - MAY 23: Marcus Morris #13 and Terry Rozier #12 of the Boston Celtics get into an altercation with Larry Nance Jr. #22 of the Cleveland Cavaliers in the first half during Game Five of the 2018 NBA Eastern Conference Finals at TD Garden on May 23, 2018 in Boston, Massachusetts.</p>

Everyone watched the Celtics and Cavs go head-to-head in Game 5 of the Eastern Conference Finals (let us never speak of it again), and you probably caught the scuffle between the Celtics' Marcus Morris and the Cavs' Larry Nance Jr. But you may have missed what happened immediately after.

RELATED:  Boston TV station calls out 'the most useless Cavaliers'

While Nance was down, probably thinking what the heck happened, Morris appeared to taunt Nance. Once Nance sprung back up, he shoved Morris—leading to a small scuffle on the court with players from both teams coming to their teammates' aid.

Then the best part of all, or the worst part, depending on your point of view: Morris gives a wink to teammate Jaylen Brown, cementing Morris's status as the series heel.

Nance, Terry Rozier and Morris were all assessed for a technical foul.

This is not the first time Morris threw some shade at a Cavs player. During Game 2,  a tiff between Thompson and Morris turned into a meme that will live forever or at least the next few weeks.