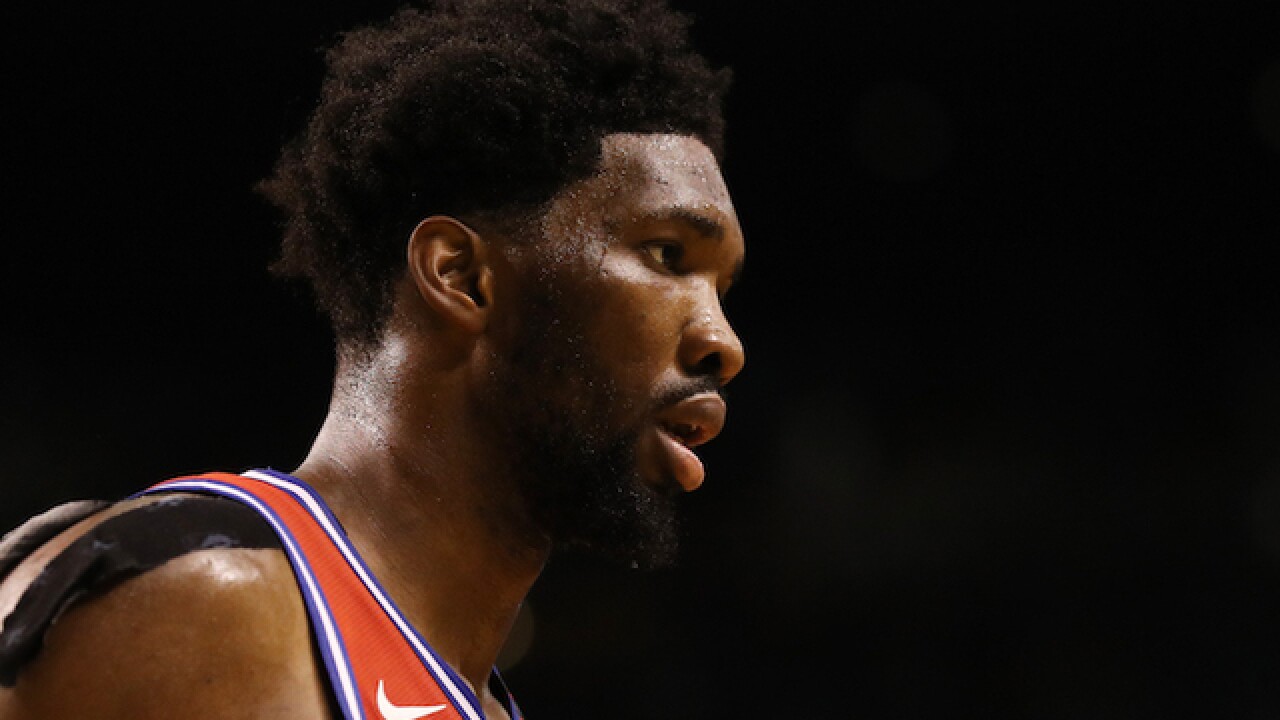 Copyright 2018 Scripps Media, Inc. All rights reserved. This material may not be published, broadcast, rewritten, or redistributed.
Maddie Meyer
<p>BOSTON, MA - APRIL 30: Joel Embiid #21 of the Philadelphia 76ers looks on during the second half of Game One in Round Two of the 2018 NBA Playoffs against the Boston Celtics at TD Garden on April 30, 2018 in Boston, Massachusetts. The Celtics defeat the 76ers 117-101. (Photo by Maddie Meyer/Getty Images)</p>

Philadelphia 76ers center Joel Embiid tweeted his support for James to join him in the City of Brotherly Love. He tagged James in a tweet saying he should find a new slant. Embiid's tweet had 22,000 retweets and 43,000 likes as of 11:46 p.m. Friday.

Ugh, fans are going to be hearing a lot of that stupid hashtag.

NBA free agency officially begins July 1, but speculation is already running wild on social media as to whether James decides to leave Cleveland and what team that could be.

James took a seat on the bench at the 4:03 mark of the fourth quarter Friday night as he received a standing ovation from the Cavs fans at The Q in what could be his final game in a Cavs uniform.

James was flattered with Sixers’ fans fawning over him this past winter when three billboards that urged him to sign with Philadelphia appeared outside Cleveland in February.

But the Sixers have experienced some turmoil recently after Bryan Colangelo resigned as president of basketball operations Thursday after his wife admitted to operating Twitter accounts that criticized team members and propped up Colangelo.

Still, the prospect of playing with an emerging power in the Eastern Conference that has Ben Simmons and Embiid must be intriguing.