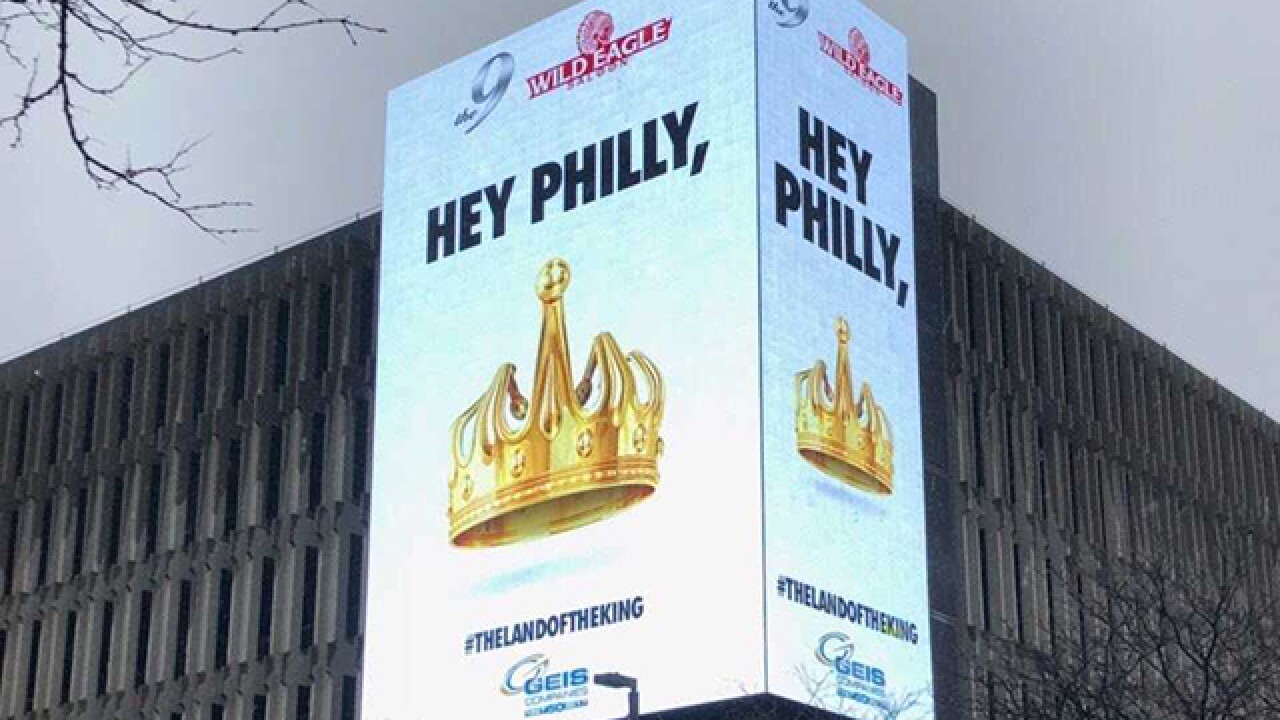 As everyone knows by now, a Philadelphia-based company recently bought three billboards along I-480 with the hopes of enticing LeBron James to leave The Land and move to Philly.

With the 76ers in town for Thursday night's game, Marcus Thomas, a Cleveland-based advertising agency, has responded with a billboard showcased on The 9.

The retaliation billboard says, "Hey Philly," with a picture of a crown. Below it is the hashtag #TheLandOfTheKing.

While LeBron said he was flattered by Philadelphia fans fawning over him, we all know it's going to take more than freeway road signage to land The King.