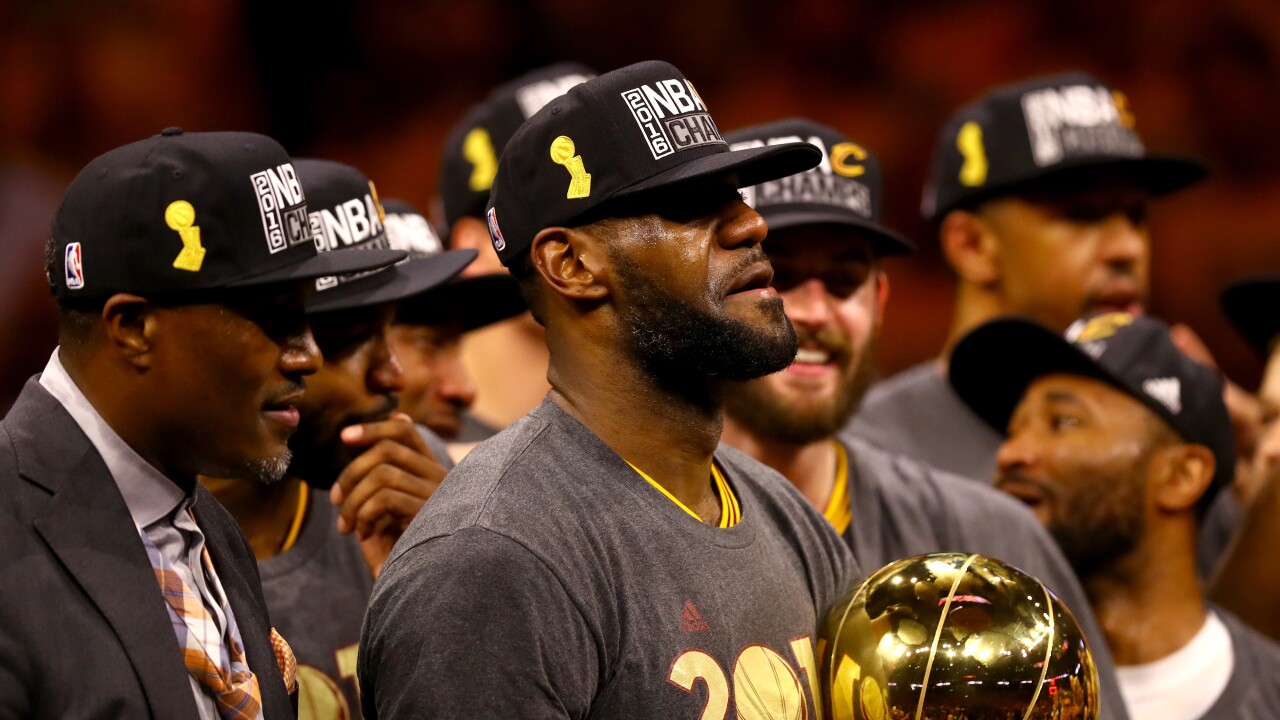 Ezra Shaw/Getty Images
OAKLAND, CA - JUNE 19: LeBron James #23 of the Cleveland Cavaliers holds the Larry O'Brien Championship Trophy after defeating the Golden State Warriors 93-89 in Game 7 of the 2016 NBA Finals at ORACLE Arena on June 19, 2016 in Oakland, California. NOTE TO USER: User expressly acknowledges and agrees that, by downloading and or using this photograph, User is consenting to the terms and conditions of the Getty Images License Agreement. (Photo by Ezra Shaw/Getty Images)

It was a defining moment in his career—Fred McLeod making the legendary call that the Cleveland Cavaliers won the 2016 NBA Championship, ending a long 52-year drought.

The Cleveland legend died suddenly on Monday at the age of 67, and following the news of his death, fans have recounted the tearful moment McLeod, along with his broadcasting partner Austin Carr, announced a championship, that the city had so badly wanted, was finally a reality.

Remembering the moment he called Game 7 of the 2016 NBA Finals will only be a snippet of why he will be missed.

One of the GREATEST days of all of our lives and @CavsFredMcLeod called it all with his buddy A.C! 😢🙏🏾❤️ https://t.co/q8r7go14IB

Video footage capturing the moment shows the emotional reaction from McLeod screaming the words, "Goodnight Oakland! It's over!"

From inside the announcer booth, McLeod jumps to his feet in jubilation, a reaction every single fan in Cleveland was sharing on the memorable night of June 19, 2016.

“It’s over, the 52-year drought is over!" he says screaming in a tone that reflected a release of built-up hope, pressure and eventually relief the Cavs received a title.